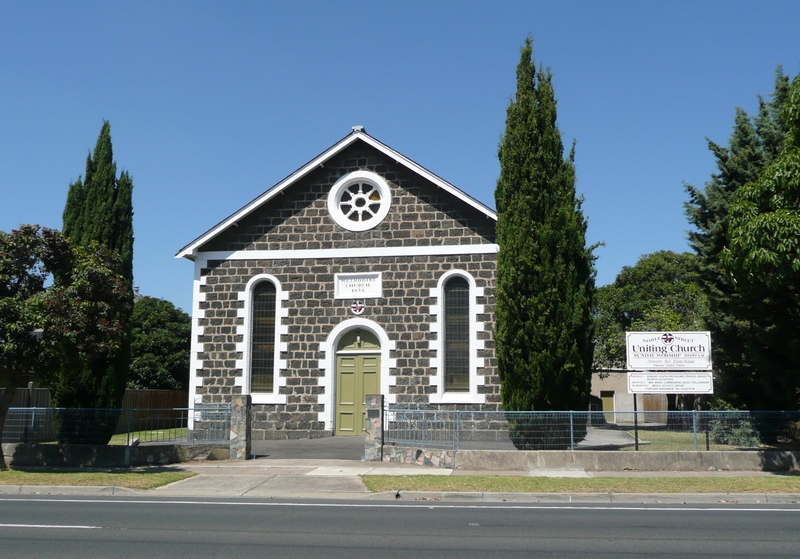 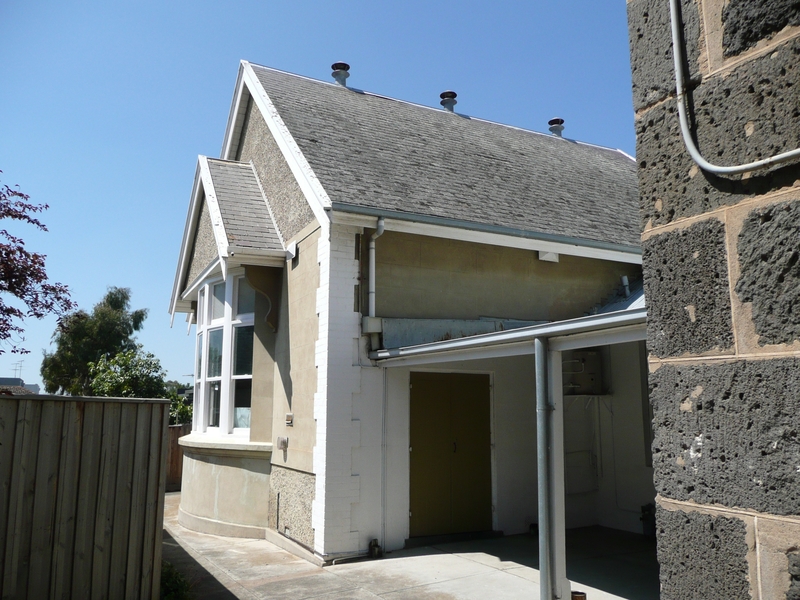 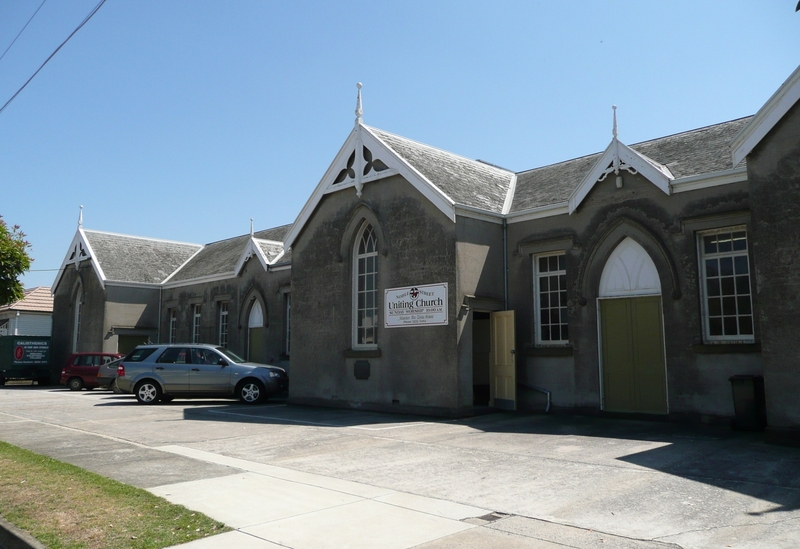 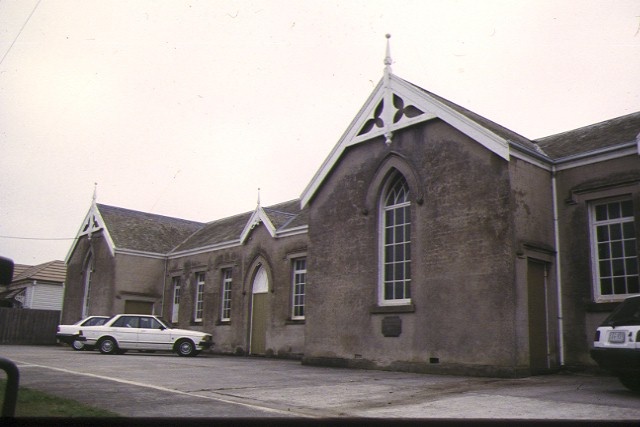 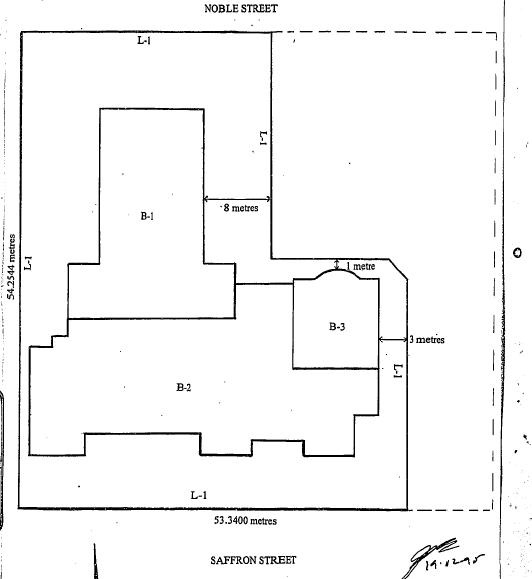 The Noble Street Uniting Church, Newtown was built in 1854 by Pile and Brimblecombe to replace an earlier structure. The church, built of bluestone in a purportedly Norman style but exhibiting the proportions of a classical temple, was extended in 1876 by the addition of transepts. The Fincham pipe organ and choir gallery were also added at this time. The Gothic style single storey Sunday School/hall was built in 1890 and the kindergarten in 1915.

The Noble Street Uniting Church is of historical and architectural significance to Victoria.

The Noble Street Uniting Church is important for its historical associations with the Wesleyan Methodist Church in Victoria. Amongst the earliest of the churches built by the Wesleyan Church in the state, it demonstrates the simple and more classicising nature of Wesleyan architecture during the period prior to their acceptance of the Gothic style with the construction of the Wesley Church, Lonsdale Street, Melbourne in 1857.

The church is significant as an extraordinary example of an architectural style. Despite its classical temple form, typical of early nonconformist churches, the building also incorporates elements derived from Romanesque architecture, including a wheel window. The hall is an extraordinarily late example of the Picturesque Gothic style complete with pseudo Georgian glazing bars. The sequence of styles exhibited by the complex exemplifies the changing attitudes to architectural expression by the Wesleyan Church in the nineteenth century. The classical/Romanesque expression demonstrates the earlier nonconformist aversion to the "papist" associations of the Gothic.

This contrasts markedly with the (by then) extremely old fashioned Gothic expression of the 1890 Sunday School/hall.

The architect of the Chilwell Wesleyan Chapel was Walter Sheridan, ca 1809-1883, who practised in Geelong and later in Clunes. See his tender notice for the building in Geelong Advertiser, 12/1/1853, p.2.