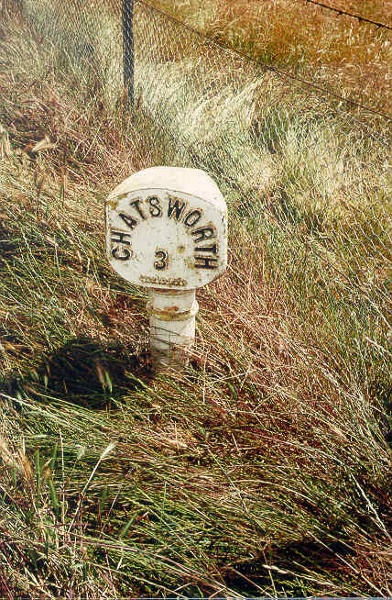 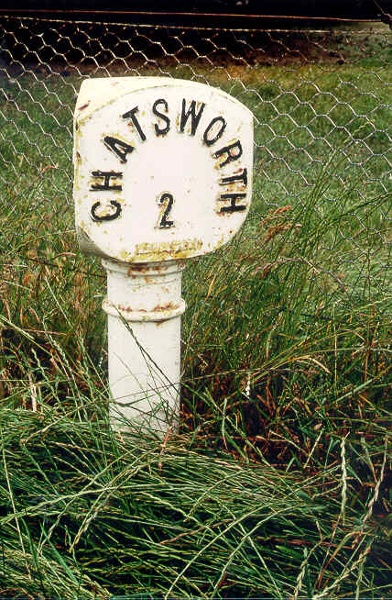 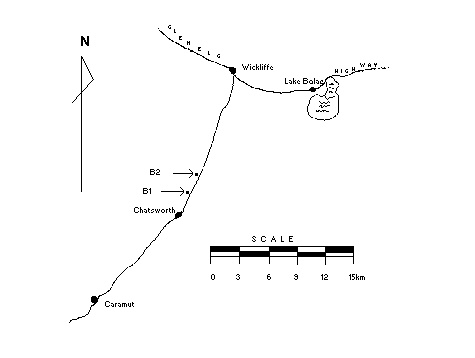 How is it significant?
The cast iron mileposts on the Chatsworth Wickliffe Road are of historical significance to the State of Victoria.

Why is it significant?
The cast iron mileposts on the Chatsworth Wickliffe Road are of historical significance for their association with the development of early Victoria. Road construction was accelerated following the economic boom of the gold rushes in Victoria and the mileposts were a direct response to this, trying to rationalise the road system of a developing colony. The cast iron mileposts on the Chatsworth Wickliffe Road assist in a greater understanding of the development and impact of 19th century economic activity in the State and the resultant need for transport systems. The mileposts on the Chatsworth Wickliffe Road are a visual reminder of the evolution of Victoria's infrastructure and the past imperial system of measurements and weights. The mileposts are of historical importance for their ability to describe transport routes and requirements of the 1870s. The replacement of mileposts was not uncommon in the early years of Victoria's cultural history and it is not unusual to find that mileposts were replaced two or three times in one location as techniques improved and an increase in traffic necessitated upgrades. Many of the cast iron mileposts which once denoted distances
between towns have since been removed or relocated to cater for the rise in motor vehicular traffic.

The removal of the mileposts, and their respective re-instatement, is of historical significance. After the fall of Pearl Harbour in 1942, most mile stones were dug up and buried a few meters behind their original location; most were re-instated into their original locations in 1946. The mileposts were removed or hidden in an attempt to thwart enemy forces in the event that Australia was invaded. This act symbolises what was a national psychological response to a major world crisis and a reaction to particular events outside Australia's national boundaries. The cast iron mileposts on the Chatsworth Wickliffe Road are historically significant as remnant representatives of what was once a network of mileposts.
Show more
Show less
All information on this page is maintained by Heritage Victoria. Click below for their website and contact details.