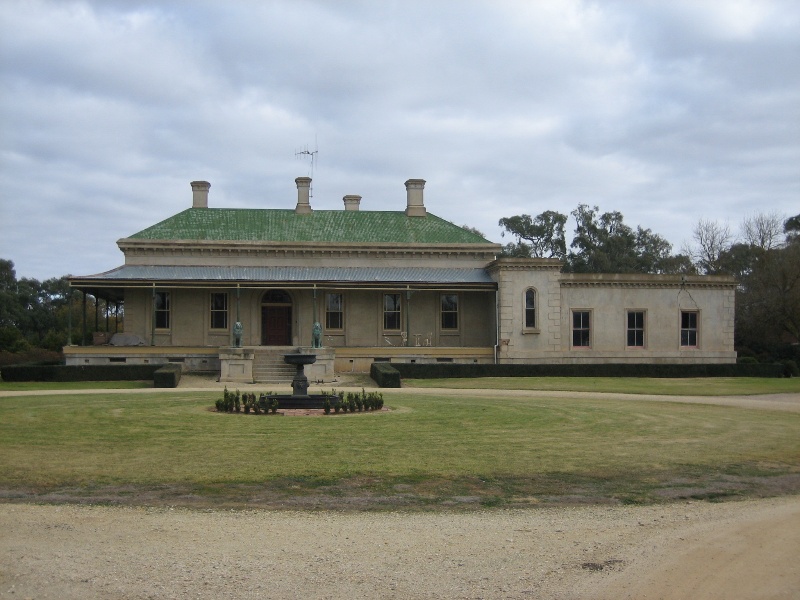 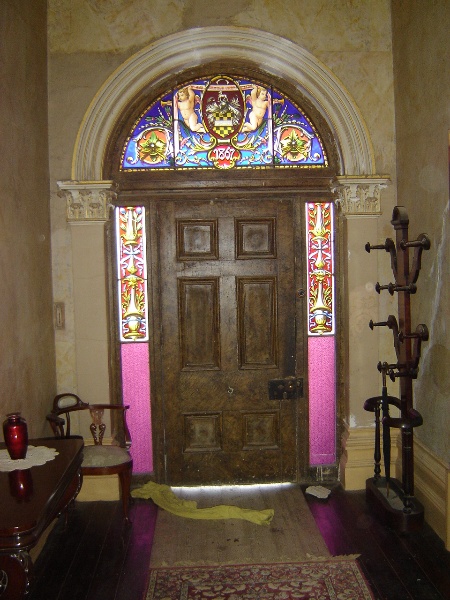 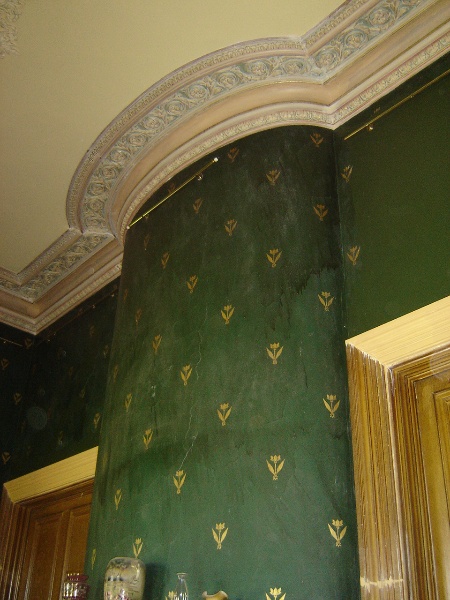 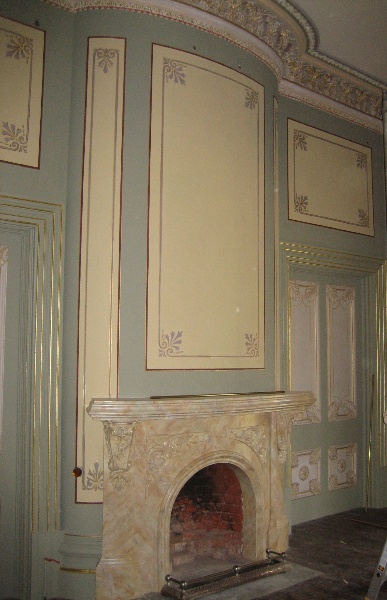 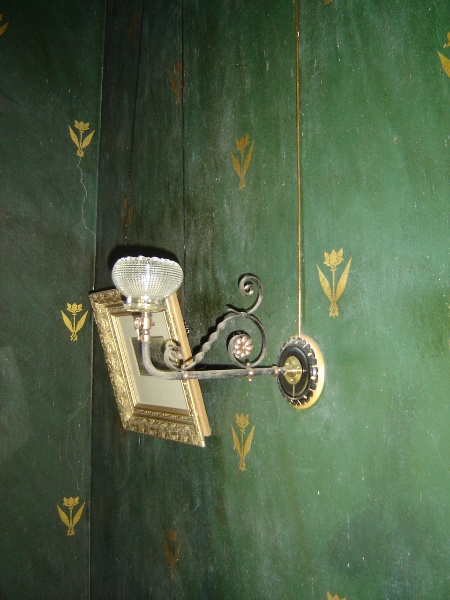 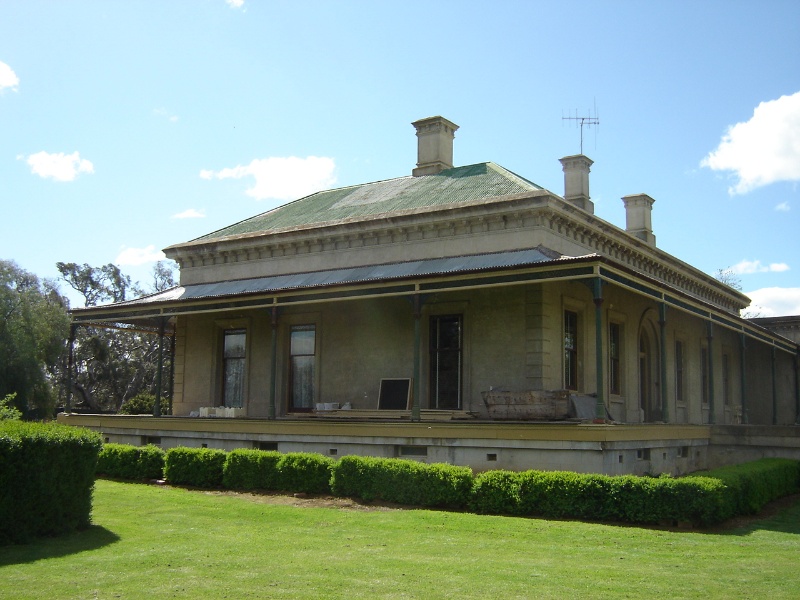 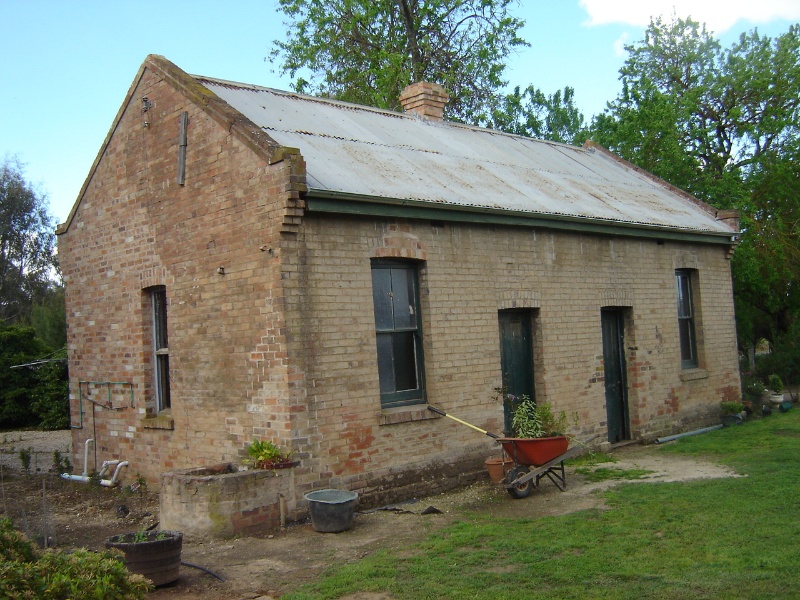 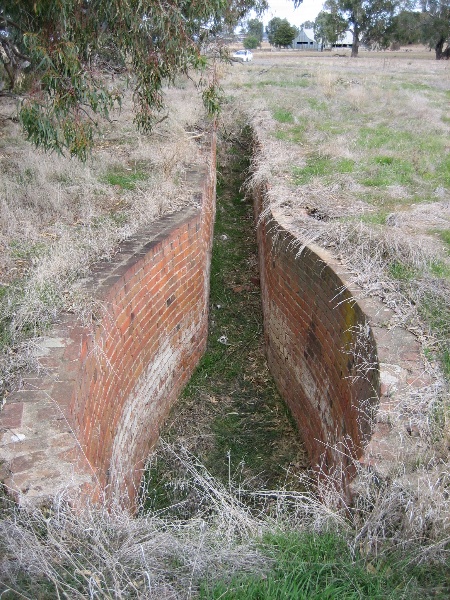 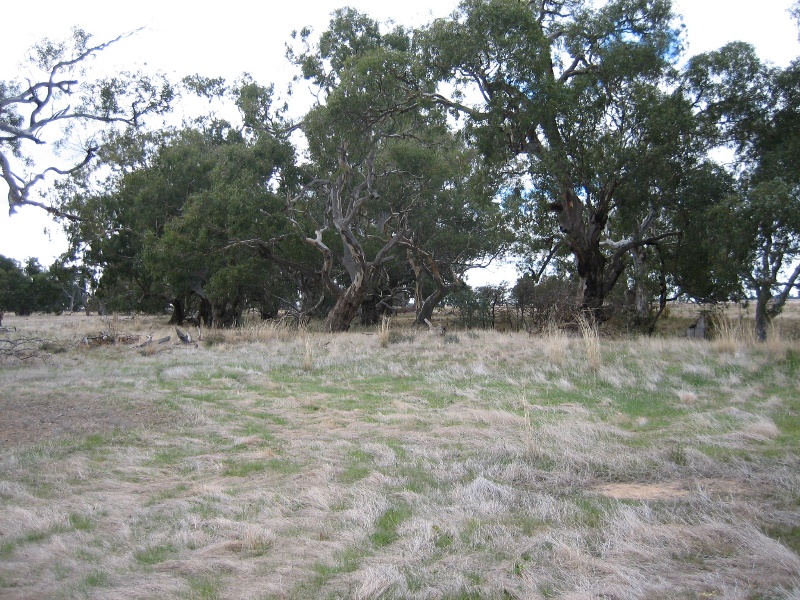 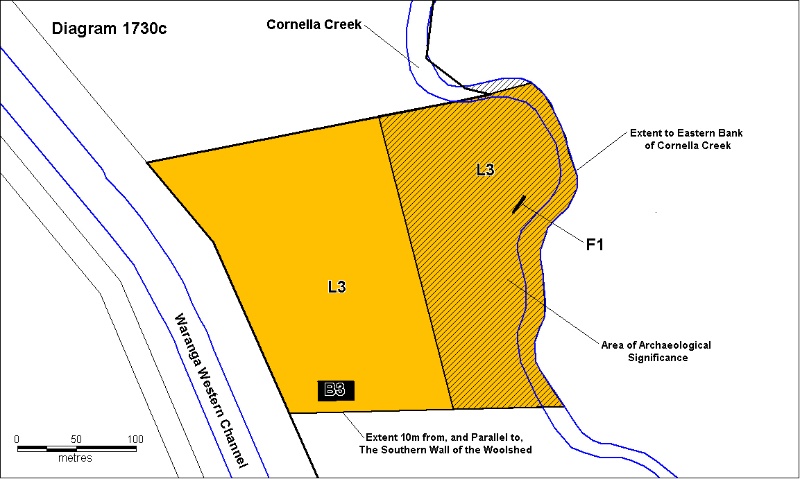 What is Significant?
Colbinabbin Homestead, an Italianate style single storey solid brick and stucco house with a cast iron a verandah with concave galvanised iron roof, was designed by Bendigo based architect, Robert Alexander Love, was and built for John Irving Winter in 1867. The Irving Winter Family owned large pastoral interests throughout Victoria , New South Wales and Queensland which were established with the proceeds of gold discovered on their land near Ballarat. The Colbinabbin run was established by William Curr in 1843 and was bought by John Winter for his four sons in 1857. John [Jock] Winter, the son of a blacksmith, arrived in Australia with his family from Scotland in 1841 and settled near Ballarat. The discovery of gold on their property transformed the life of the family and provided the basis for sizeable investment in large pastoral areas throughout northern Victoria. New South Wales and Queensland. In Victoria the wealth of these property owners was expressed in their homesteads. These included Dhurringile (H1554), built for James Irving Winter in 1877; Noorilim (H0297), built for William Irving Winter in 1879; and William's first homestead, Stanhope, also designed by Love in 1867 (now demolished).

The house is in two distinct but unified parts. The main body of the house consists of eight rooms arranged around a 'T' hallway layout that terminates at the service area at the house's northern end. This service area consists of two wings either side of a courtyard built over an underground brick lined tank. The western wing accommodating the kitchen was demolished at some point but was rebuilt in 2004.

The main body of the house of eight rooms has a cast iron a verandah on three sides with a concave galvanised iron roof with cast iron posts and trim. The external walls of the house rise to a low parapet with bracketed cornice in front of a concealed gutter.

The service area on the northern side of the house consists of two wings either side of a service courtyard with an underground brick lined tank. The wing accommodating the kitchen wing was demolished at some point but was rebuilt in 2004 with materials salvaged from the demolition of Stanhope.

The interior spaces of the principal rooms of the main body of the house are distinguished by a rare and n elaborate decorative scheme, displaying a range of high quality nineteenth century decorative techniques including examples of walnut wood graining to the doors, marbling to the fireplaces and hallway walls, painted and stencilled leather grained wallpaper, stencilled pattern work and fine paint detailing to pilaster capitals and plaster cornices. The front door has leaded and painted glass fanlight and side panels. The fanlight incorporates the family crest and date of construction. The two front rooms of the house are separated by a shared elliptical fireplace and painted panelled doors that slide up into the roof space above.

The homestead is nestled into the edge of Cornella Creek, and the garden is surrounded by River Red Gums on the west and south sides. The garden is enclosed on the north side by an old Osage Orange hedge, which curves around the eastern edge to meet up with River Red Gums to the south. O. Osage Orange, a native of North America, was imported in the 1850s for the purpose of a "living fence" and was first listed in 1857 by John Rule, a Richmond nurseryman and became widely available from nurseries in the 1860s-1899. The hedge at Colbinabbin is an unusually large planting and is the only known example where Osage Orange has been used to enclose a garden, and the curved eastern side is an attractive design feature.

The original garden has mostly been lost and the only surviving trees are 2 large English Elms at the south entrance which mark the line of the original drive. To the west of the homestead an Oleander, a Mulberry and a large spreading Pepper tree remains.

There are a number of associated outbuildings including a bakehouse, a shearing shed and a cattle dip. The bakehouse is of cavity brick wall construction. The two skins of the wall are tied by 37mm wide metal straps, placed at 900mm intervals, with ends looped around a metal band in each wall. There are two sets of these bands which run around the perimeter of the building, one below sill level and the other above head height. The date of construction for this building is believed to be soon after the construction of the house, if not contemporary with it. While various early forms of cavity brick walls were built throughout Victoria prior to the late 1860s, Love is credited with the introduction of the wire tied cavity wall to Victoria. The metal tied cavity wall became, and still is, the standard technique for full brick construction in Australia. It is believed to be amongst the earliest known examples of wire tied cavity brick construction in the state.
The woolshed is constructed of uniform diameter bush poles. The original shingle roof is still apparent under the later corrugated iron roof cladding. The building is believed to have originally accommodated 40 workers. The shearing boards were located along each side of one end of the building and were supplied with sheep from a central race fed from the larger internal sweating pens. The building is reported to have been shortened in response to the construction of the adjacent Waranga Western Channel built in the early part of the twentieth centu
There may be archaeological remains of' a substantial wool scouring works close to the woolshed, on the banks of Cornella Creek. These works were powered by a thirty five horse power steam engine that allowed the woolshed's daily clip to be scoured, dried and pressed within twenty four hours. In 1864 the works were scouring twenty bales a day. The scouring works were set up as joint enterprise by the Winter Brothers and also processed wool from their other run s. Thee works were part of a larger collection of buildings that were believed to also include amongst other activities, a boiling down works and a meat preserving works. Early photographs show a substantial chimney behind the scouring sheds. None of these structures are extant, but some remnant structure is still visible at ground level and it is believed that evidence of the other structures and the activities of the site are below ground level. The bricks from these structures are said to have been taken to Rushworth for use in the mines. Near to the location of the works is an extant brick lined cattle dip.

The property has a small cemetery to the south of the homestead on the banks of Cornella Creek where . Eeleven people were buried here between 1860 and 1870.

How is it Significant?
Colbinabbin Homestead is of architectural, historical, archaeological and aesthetic (landscape) significance to the State of Victoria.

Why is it Significant?
Colbinabbin Homestead is of historical significance as an important example of a substantial homestead built with the proceeds of gold discoveries and subsequent pastoral wealth.

Colbinabbin Homestead is of historical significance for its associations with its owner John Winter and the prominent Winter and Winter-Irving families who were among the largest pastoral landholders in Victoria.

Colbinabbin Homestead is of architectural significance as a fine example of the Victorian Italianate style. The house is also of note for its distinctive planning layout.

Colbinabbin Homestead is of architectural significance as a fine example of the Victorian Italianate style. The house is also of note for its planning: the main body of the house is based around a 'T' hallway form and the servants rooms and kitchens are located around a small attached courtyard.

Colbinabbin Homestead is of architectural significance for its rare and elaborate internal decoration. The decorative scheme is of particularly high quality and represents both the range and high level of skill of its nineteenth century decorators.

Colbinabbin Homestead is of architectural significance as an example of the work of Bendigo based architect, Robert Alexander Love (1814-76) and for the early use of cavity brick wall construction in the bakehouse.

Colbinabbin Homestead is of historical and archaeological significance as the site of a once large agricultural enterprise as represented by the woolshed and the cattle dip. It once also included a substantial industrial complex that incorporated a steam driven wool scouring works and is believed to have also included a boiling down works and a meat preserving works. The site has archaeological potential to yield important in situ remains, including artefact deposits, relating to the 19th Century agricultural industrial complex.

The garden is of historical and landscape significance for its use of Osage Orange (Maclura pomifera) as a hedge plant.