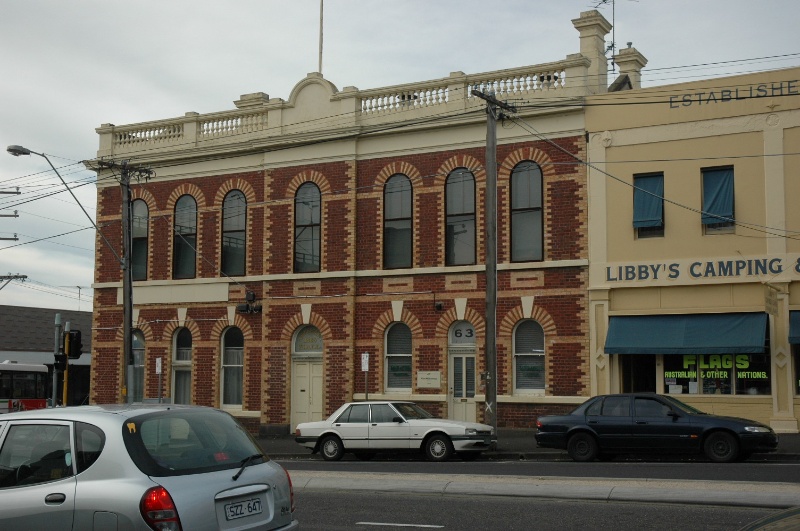 The Protestant Hall and Meeting Rooms were erected on the site of the Wesleyan Chapel in Geelong (established 1842) in 1888-1889 for the Protestant lodges of Geelong. Joseph Watts, Architect, designed the two storey dichromatic brick building in a conservative eclectic Victorian style with the ground floor devoted to a suite of offices and the upper floor for lodge meeting rooms. The building has interesting association with a number of long established Protestant lodges in Geelong and is a prominent element in the Yarra Street precinct of the city.

Geelong Advertiser - 6 May 1889 description of the Protestant Hall and offices.