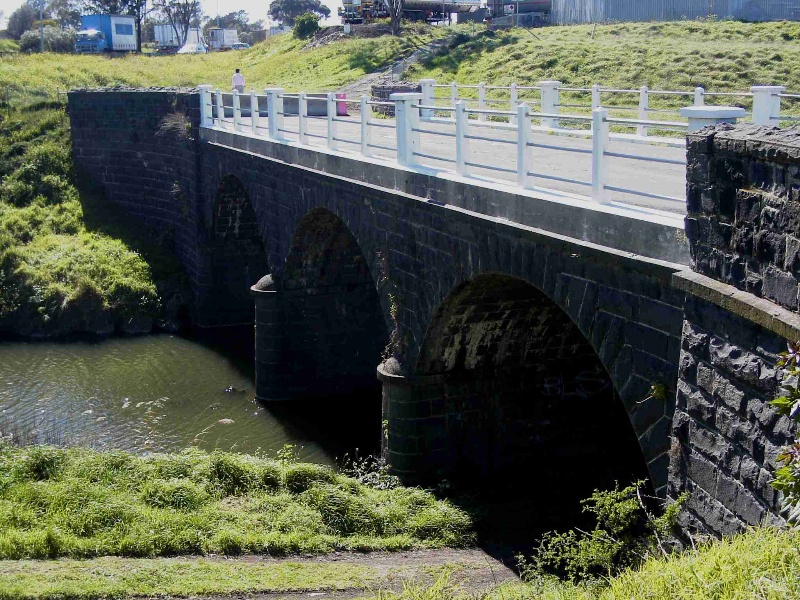 The Melbourne-Geelong Road Heritage Precinct, which comprises land generally within the original Melbourne-Geelong roadway reserve, together with the identified stone bridge, and town and cemetery reserve at Brooklyn.

The Melbourne-Geelong Road Heritage Precinct is of local historic and social significance to the City of Hobsons Bay.

Historically, it is significant as the main Melbourne-Geelong route and one of the earliest roads marked through the region by Hoddle in 1840, broadly following road reserves which still exist. It was a determining factor for subsequent subdivision and road works in the form of bridges, highways, overpasses and freeways (AHC criterion A4)

Socially, it is significant as well known route of travel used by generations of travellers (AHC criterion G1)

Please note that the bridge over Kororoit Creek has an individual citation in this Study.