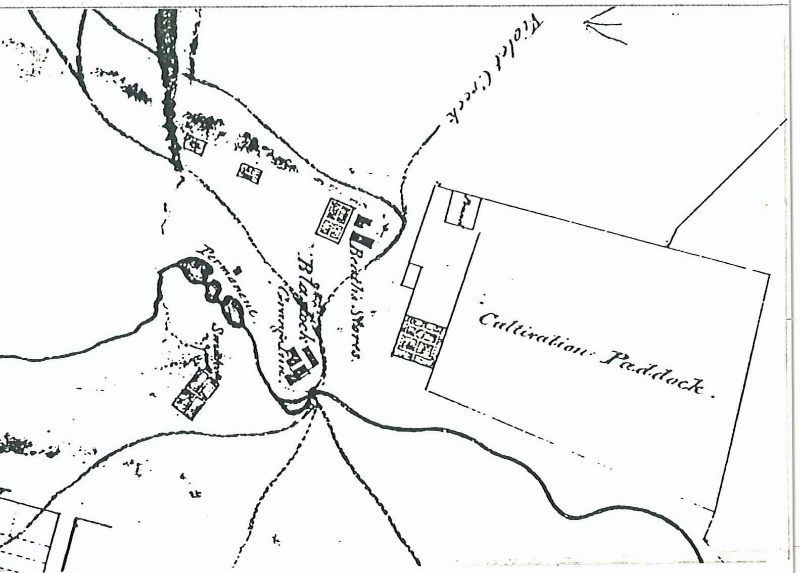 SIGNIFICANCE: Site of first permanent settlement in the district.

Archaeological Site
Digby Road
This area has local significance as an important archaeological site because of its historical associations with the Grange Inn and a number of other 1840s buildings which preceded the establishment of the Hamilton township. The earliest buildings on the site in 1842 were a couple of slab huts, a kitchen, a police office and a store. (i) In 1843 the Grange Inn (later Blackstock's Inn) was opened about 75 metres south-west of where Digby Road now crosses the Grange Burn. In 1844 a blacksmith's business was built near the inn by Robert H Heazlewood, and in late 1849 or early 1850 a store was opened nearby by David Beath, a failed pastoralist. (ii) This group of early buildings is shown on the 1850 Town of Hamilton map and they still existed in 1948. James Blastock (c1812-58) bought the site of one acre from the Crown at auction in 1854. Today, all the buildings have been demolished, but the area remains a significant archaeological site. (iii)