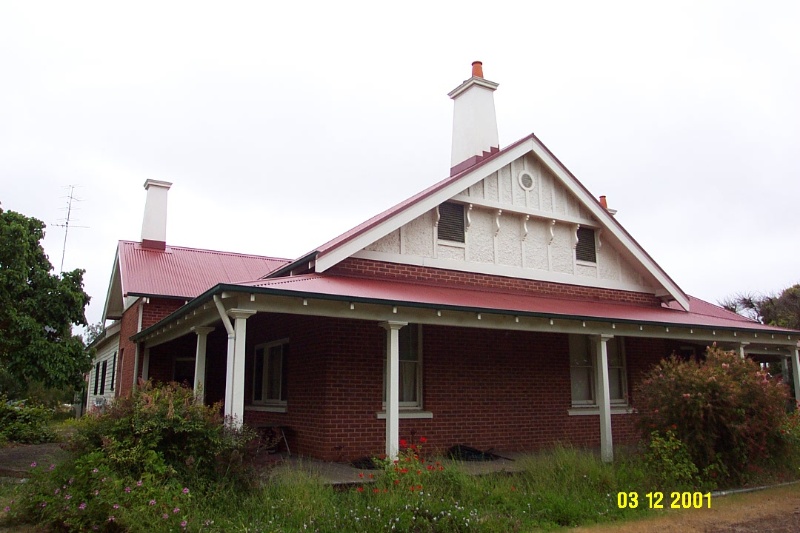 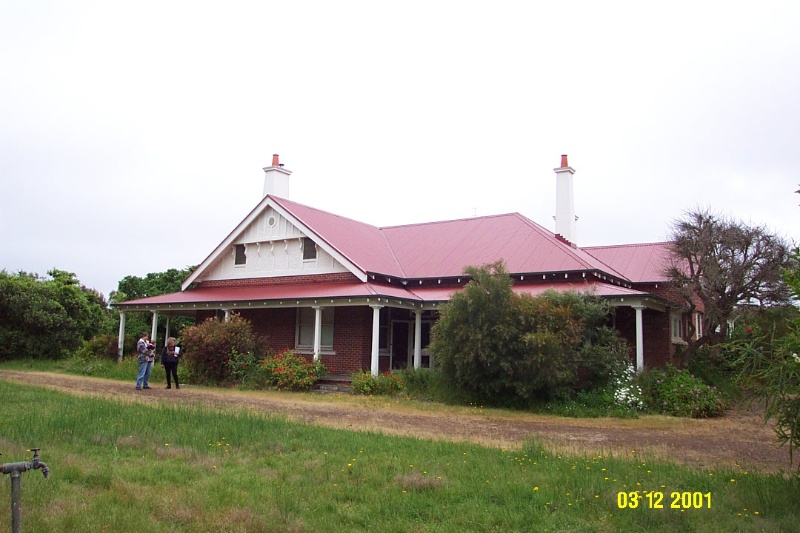 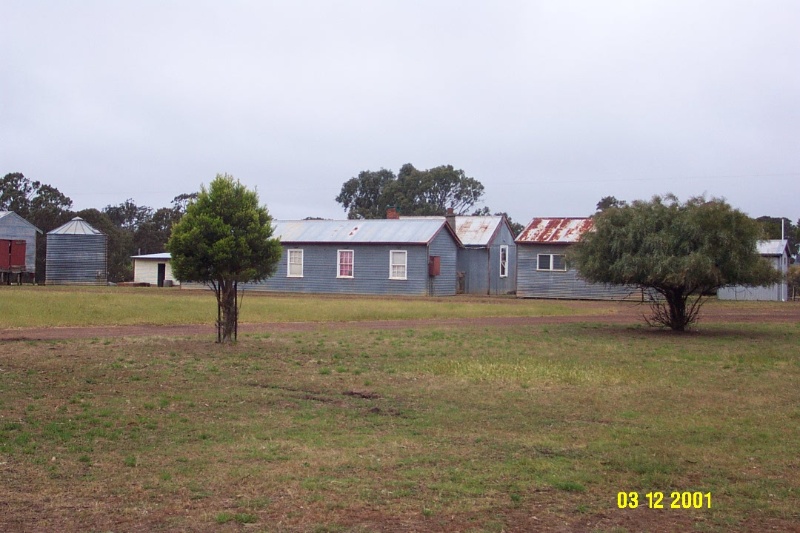 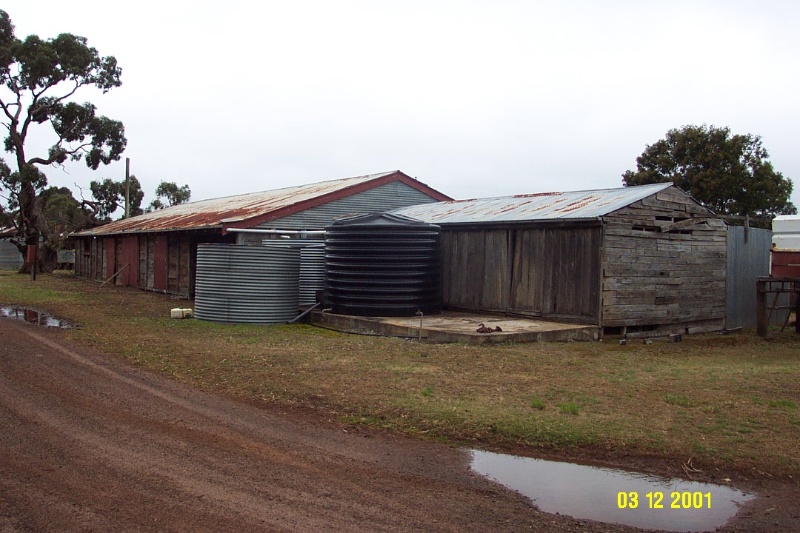 What is Significant?
Tuloona Homestead Complex is located on the Coleraine-Edenhope Road, some four kilometers south east of Harrow. The complex is made up of a large federation style brick and timber house and a number of outbuildings, including a drop slab stables and shed, situated in a picturesque setting on a prominent rise overlooking Tuloona Gully. Tuloona was subdivided from the larger nearby Clunie Estate in 1906, taken up by J. C Fitzgerald, the son of a local selector family who became large landholders in the Harrow area in the late nineteenth and early twentieth centuries. The homestead was built for J. C Fitzgerald in 1907, and although there is no known architect, the quality of the design and detail suggest that a professional may have designed it. A number of timber additions were constructed, and some renovations took place post 1945. The large timber drop slab stables and shed were constructed in the early twentieth century. The house and outbuildings are in good condition, although the interiors have lost some of their integrity.

How is it Significant?
Tuloona Homestead Complex is of historical and architectural significance to the Southern Grampians Shire.

Why is it Significant?
Tuloona Homestead Complex is of historical significance for its association with the much larger and historically significant Clunie run, and for its associations with the Fitzgerald family, who arrived in the Harrow area in the 1860s and became important landholders in the district. Tuloona homestead is of architectural significance as a classic example of federation architecture, demonstrated in both the exteriors and the interiors, although some interior details have been lost through modernisation. The complex is of further architectural significance for the drop slab shed and stables, constructed in the early twentieth century, using primitive building techniques.