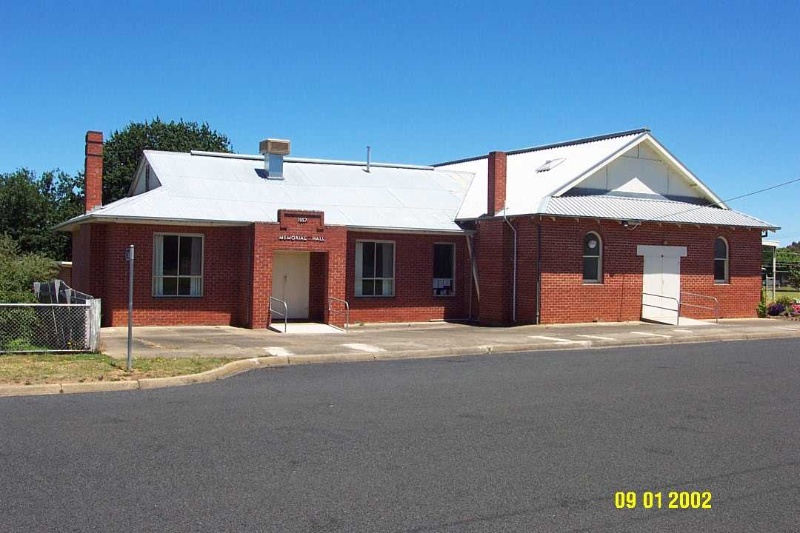 What is significant?
The Balmoral Mechanics Institute is a single storey, symmetrical red brick hall, built in 1888, with various 20th century brick extensions and additions. It is located in Glendinning Street, in the centre of Balmoral. Although land in the centre of Balmoral was reserved for the Mechanic's Institute as early at 1860, the hall was not built until 1888, when the contractor, Mr. Barton from Coleraine built the existing hall to the specifications laid out in plans laid out by Mr. A. G. Hill, an engineer also from Coleraine. The construction was not without difficulties and setbacks. The original building was simple and in the 'stripped' Classical style standard for such buildings. It has served continuously as the town's public hall, the meeting place for clubs and societies, a library and recreation centre and, in the twentieth century, as a cinema. The Mechanics Institute underwent a number of modifications including the addition of corrugated iron supper rooms and changing rooms, and the extension and re-flooring of the hall in 1940. In 1956, the corrugated iron memorial supper room was replaced with a brick structure. These alterations follow a common and pragmatic post-World War One and Two tradition of constructing memorial halls or additions to civic buildings which ensured their continuing community use. Further modifications have facilitated the building's use by the local bowling club which has operated on the adjacent site since 1964, a practical arrangement which has consolidated both institutions. While the building has lost much of its original integrity, the subsequent alterations should be seen as significant in their own right. The building is in good condition.

How is it significant?
The Balmoral Mechanics Institute is of architectural, historical and social significance to the township of
Coleraine.

Why is it significant?
The Balmoral Mechanics Institute is of architectural significance as a prominent landmark in the townscape of Balmoral and for its sequence of development. It is historically significant for its association with important local figures who struggled to get the building built. It is of social significance to the community of Balmoral as the main setting for public and social events in the town since the late nineteenth century, for its continuing role as the town's library and for its consolidation with the local bowling club.
Show more
Show less
All information on this page is maintained by Southern Grampians Shire. Click below for their website and contact details.