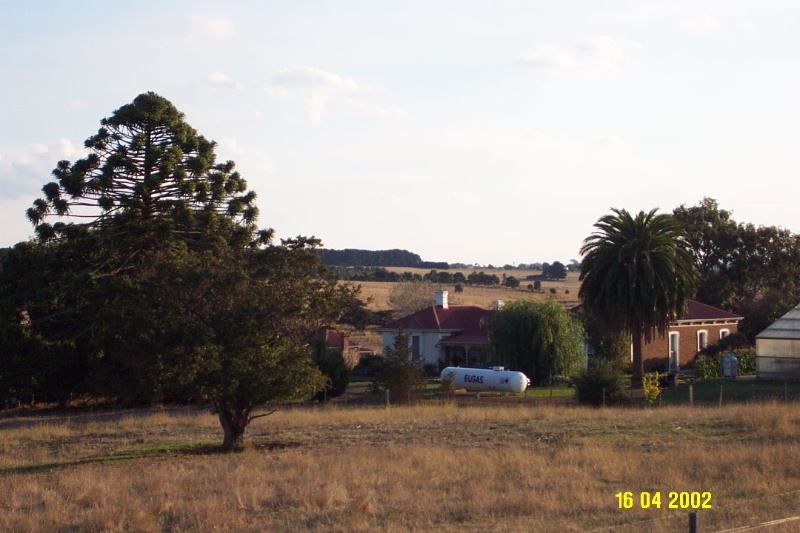 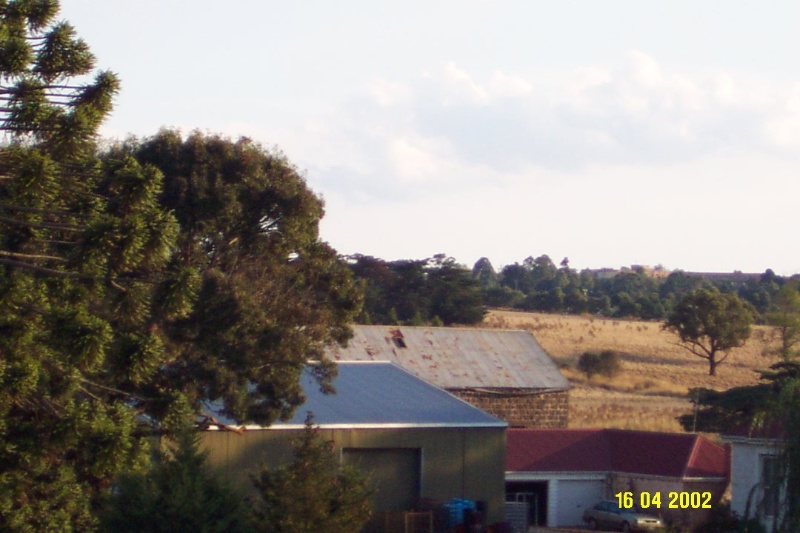 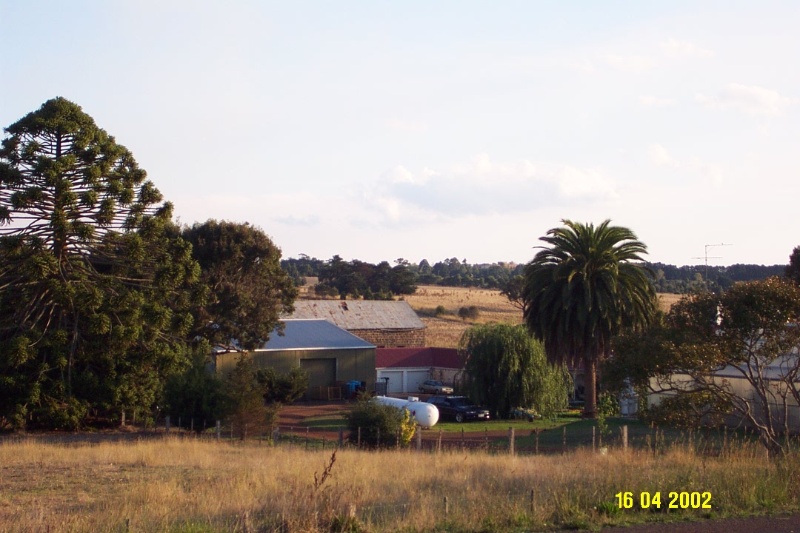 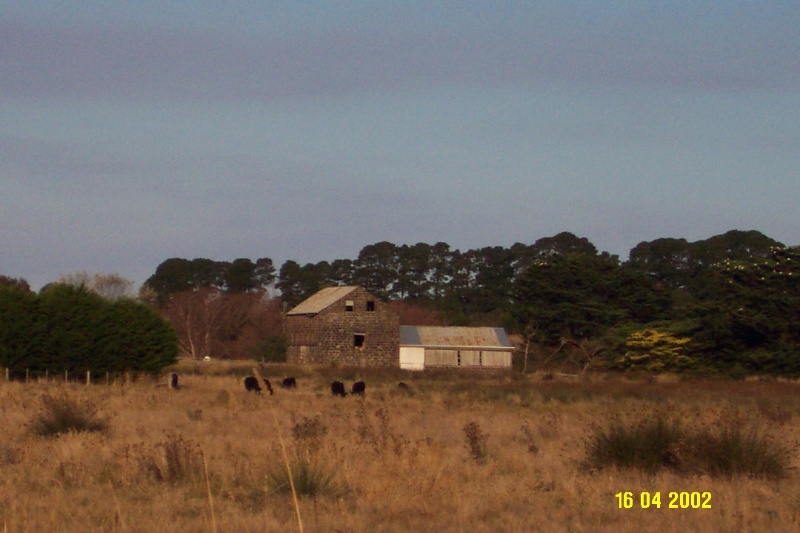 What is significant?
In 1836, the explorer, Major Mitchell camped for the night on the land that became Prestonholme on his return journey to Sydney. His discovery of Australia Felix was the beginning of a great land rush by squatters overland from New South Wales and over Bass Strait from Van Diemen's Land. Much of what came to be known as the Portland Bay District was administered from the Grange Burn, later known as Hamilton. The Wedge Brothers first occupied the land in 1839 laying claim to a large run, called The Grange, which appears to have been centred on the modern city of Hamilton with its homestead immediately to the north of the present Prestonholme. In 1840, The Grange was divided into two runs, the eastern portion retaining the name The Grange and the western portion, but still east of the modern city, being known as Grange Burn. Captain William Lonsdale, the former Police Magistrate of Melbourne, took up The Grange in 1840. Grange Burn was taken up by Andrew and William Forlonge and managed by David Edgar until 1845. The Forlonge Brothers subdivided the property in Grange Burn No 1 and Grange Burn No 2, both were purchased by James Brown in 1845. When he sold his interests in 1847, Grange Burn No 1 to the south of the stream became Pierrepoint and Grange Burn No 2, to its north became Prestonholme. The brothers George Napier and Douglas Bannatyne Craig purchased Grange Burn No 2. In 1850, Dr John Sealy Griffin replaced D. B. Craig. A plan by the important local government surveyor Lindsay Clarke published in 1851 shows their homestead complex on the opposite side of the Strathkellar Road from Prestonholme and extending to the Grange Burn. Section 11 of the proposed Parish of North Hamilton became the Grange No. 2 and consequently the Prestonholme Pre-emptive right, thereby linking Prestonholme to one of the earliest and most important sites in the Western District after the Henty family runs further west.

George Younger bought much of the Prestonholme land and the former homestead complex in September 1854, the remainder being purchased by his brother-in-law, Alexander Affleck. The oldest part of the existing homestead, just two rooms with French doors and a service wing at the rear, appears to date from this time. The surviving outbuildings probably date from this time, as well. Peter Learmonth, another Scot who came over Bass Strait from Van Diemen's Land and, through his seven sons, the patriarch of the Learmonth family in Victoria, bought Prestonholme in 1858. He had married Mary Jervey Pearson who had connections with families of millers in Port Fairy and on the Bellarine Peninsula. Learmonth not only extended the homestead in two more stages in the 1860s and 1880s, he also built the flourmill and other associated structures at the rear of the homestead complex and close to the Grange Burn. As well as successful pastoral and financial interests in and around Hamilton, Learmonth through this and other mills became the most successful miller in the further Western District. He was also a leading citizen in public affairs. Over the years a conventional garden was developed around the homestead, much of which survives in its larger scale, including a Bunya Bunya Pine, Aracaria bidwillii, which was one of a pair. The flourmill closed in 1892 and Learmonth died the following year. His eldest son Allan and his wife, Annie nee Thomson returned from the family's Mexican estates to live at Prestonholme. The homestead survives with a high degree of integrity and in very good condition. The outbuildings also survive, although modified internally for modern business uses. The flourmill survives, but with one storey and the chimney removed and in poor condition. The waterworks also survive.

How is it significant?
Prestonholme is of historical, social, architectural and scientific significance to the community of Hamilton, the Southern Grampians Shire and the State of Victoria.

Why is it significant?
Prestonholme is of historical significance for its direct link with one of the oldest sites in the Western District and the distinguished list of persons connected with it as owners and otherwise. These connections are demonstrated particularly in the sequence of development of the homestead, started by George Younger, and especially in the flourmill built by Peter Learmonth. The flourmill at Prestonholme is of historic significance for its central role in the broader milling industry throughout the further Western District. Prestonholme is of social significance because, by the late 1880s, the homestead was the focus of one of the great dynasties of the Western District and the destination for sons returning from their Mexican enterprises. It represents the roles of Peter Learmonth, his wife and sons and their wives played not only in finance and civic affairs, but also in the creation of cultural values in Hamilton and its hinterland. The Learmonths' social legacy continues to this day. Prestonholme demonstrates architectural significance in its typical development as a conservative and modest homestead enhanced by its garden setting. It is also a rare example of a substantial industry, other than pastoralism and agriculture, being located adjacent to a principal residence. The flourmill at Prestonholme is of scientific significance as an excellent example of Georgian inspired colonial industrial design, serviced if not established by Bodingtons, leading flour milling engineers in Victoria.
Show more
Show less
All information on this page is maintained by Southern Grampians Shire. Click below for their website and contact details.