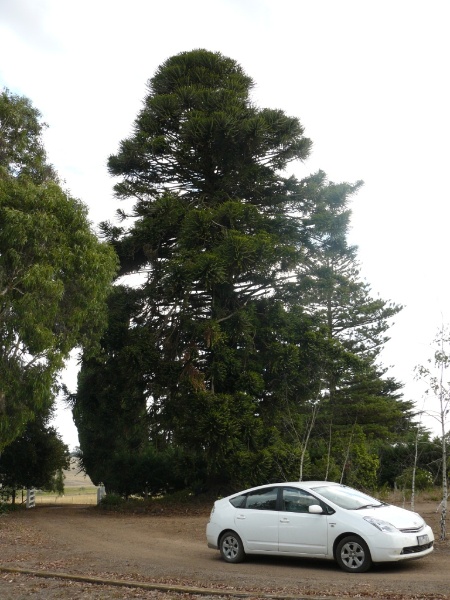 Araucaria bidwillii, located at the entrance to the driveway from the garden 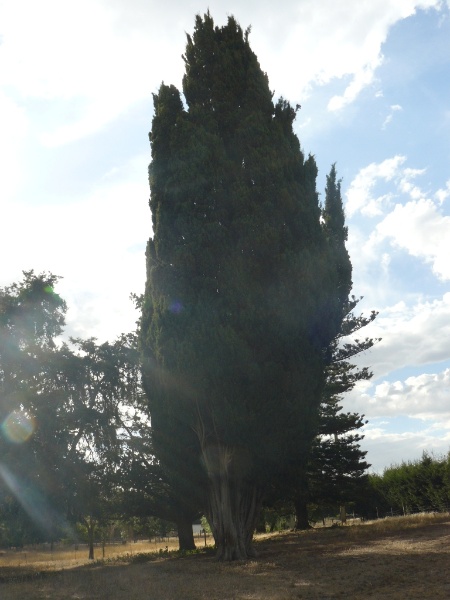 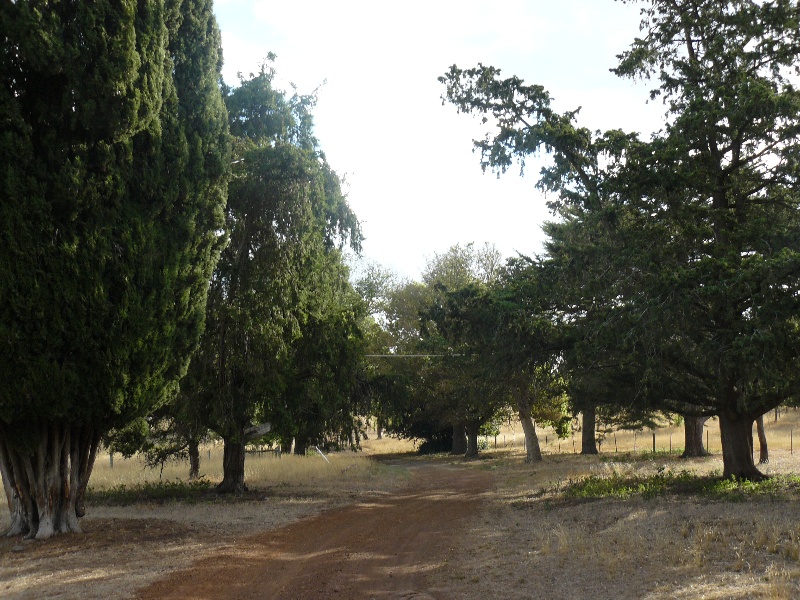 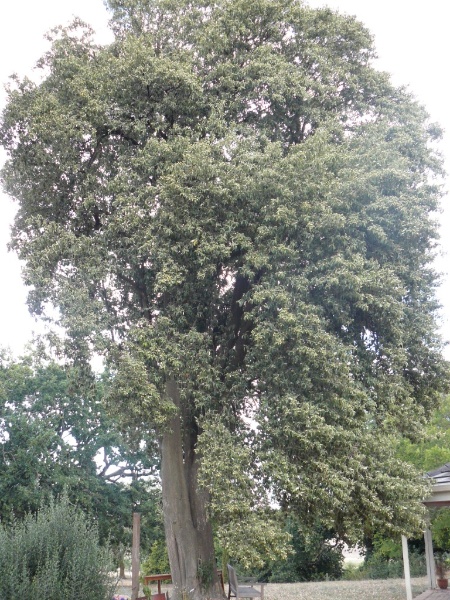 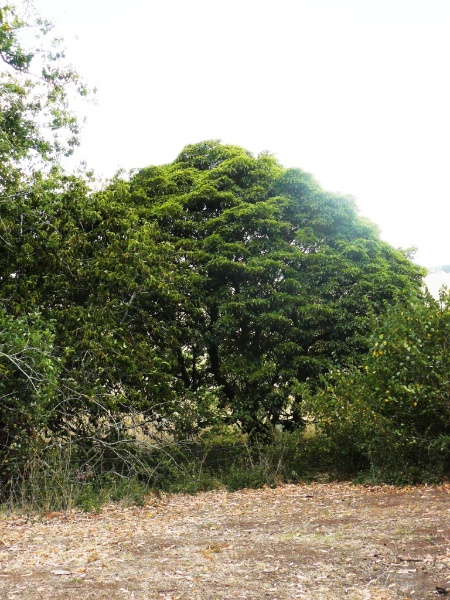 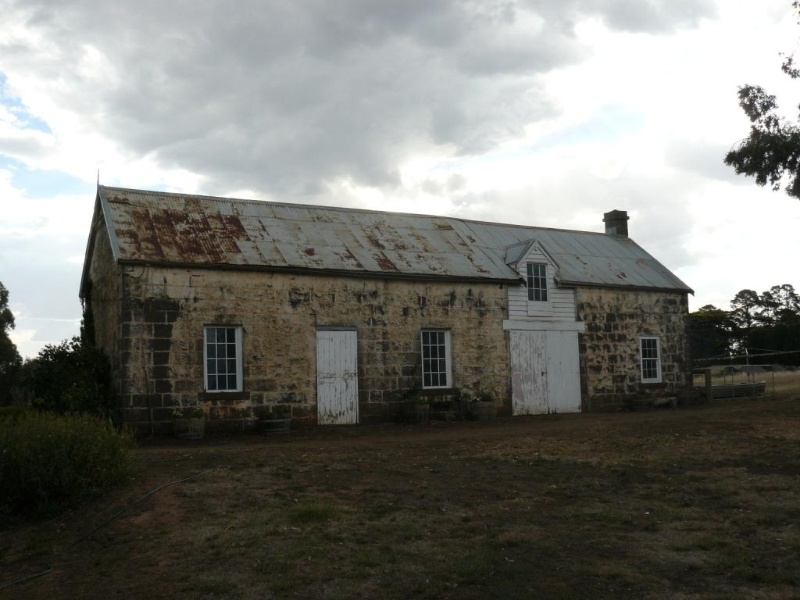 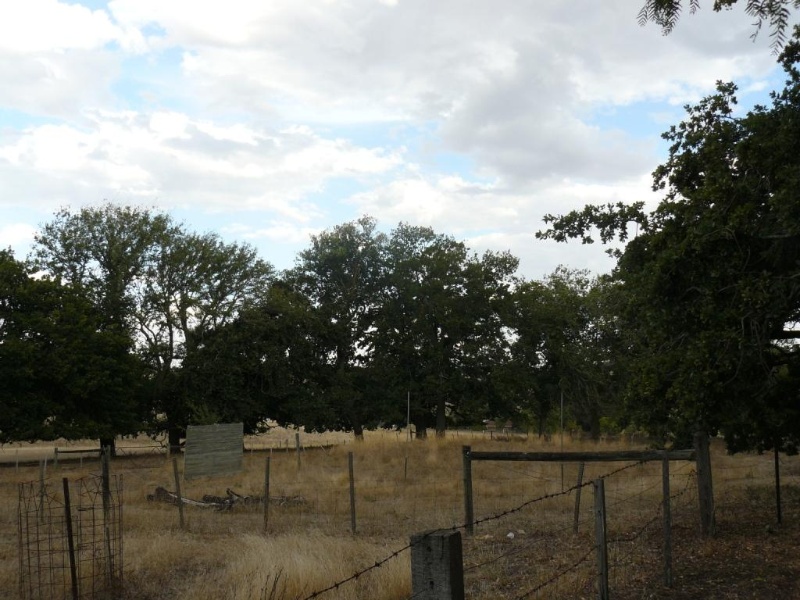 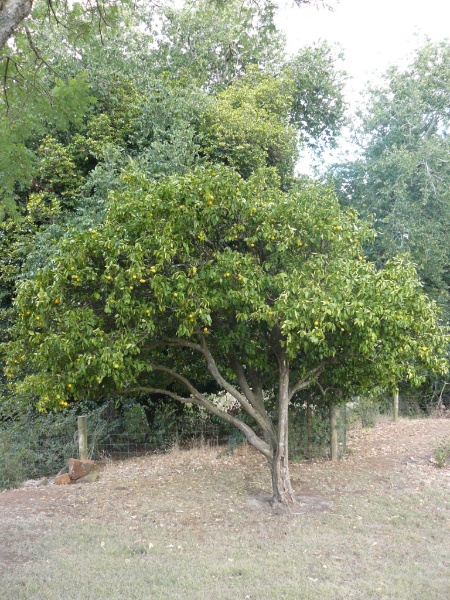 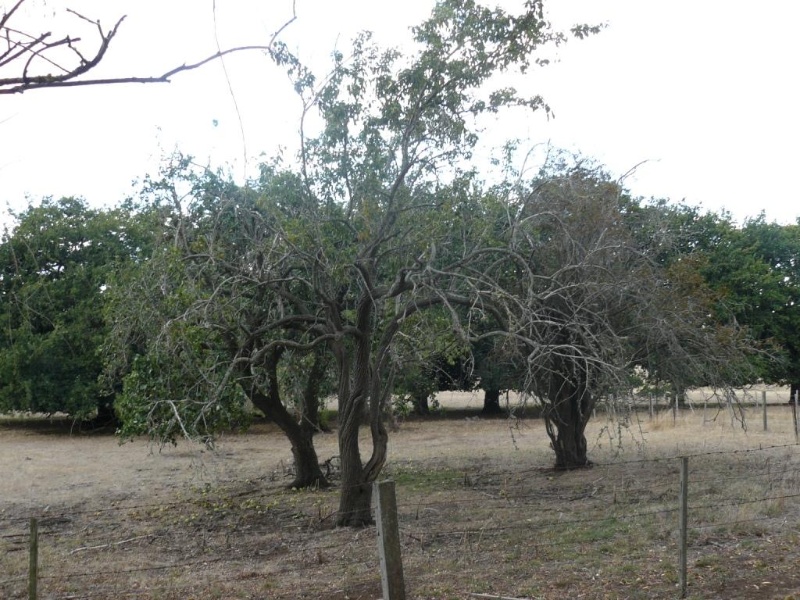 
What is significant?
Old Strathkellar, located on Mill Road, Strathkellar is approximately 5 kilometres north east of the centre of Hamilton township. Old Strathkellar is the location of the Wedge Brother's original pre-emptive right, dating from 1838-9, known as 'The Grange'. The Grange was the first pastoral holding taken up in the Hamilton area. Thomas McKellar purchased The Grange in 1862 and renamed it 'Strathkellar'. A very fine two storey bluestone stable survives to the rear of the property, complete with a clear area, likely to have been the stable-yard, although now part of the gardens. The stables are likely to date from as early as 1862, possibly earlier. They have the original timber joinery inside, and are excellent condition with a very high degree of integrity both internally and externally. The original bluestone homestead was destroyed by fire in the twentieth century, and a substantial modern brick house, designed by Van Tromph architects was constructed on the site of the early house. The gardens are substantial and mature, and while they retain few of the finer details such as garden beds, paths or shrubberies, the surviving mature trees still provide substantial structure. The gardens are formally laid out, with strong plantings in clumps and rows which frame the views from the elevated homestead site across to the Grange Burn (south) and the settlement of Strathkellar (east). Although most of the garden appears to date from about 1860-1870, some trees may survive from a much earlier date. A survey by C. J Tyers, Government Surveyor records that a garden was established on the site as early as 1839-40. The property is entered through a long driveway from Strathkellar Road, planted in what appears to be a random pattern of various species including Cupressus arizonica (Smooth Barked Cypress), Cupressus semprevirens (Italian Cypress), Brachychiton populensis (Kurrajong),Cedrus deodara (Himilayan Cedar), Shinus molle (Peppercorn), Ulmus procera (English Elm), Ulmusx hollandica (Dutch Elm), Quercus robur (English Oak) and Laurus nobilis (Bay Laurel). The gardens have a distinct pattern, with long rows of Quercus robur (English Oak) screening (or bordering) the south east boundary. Between this 'boundary' plantation and the garden proper are the remains of an early orchard, with several surviving fruit trees including cultivars of Apple, Pear and Plum. The orchard area is in poor condition due to the long drought conditions. The main garden has a collection of significant trees, which stand alone for their substantial age and size. These include an Olea europaea (Olive), once one of a pair- the other has since declined, a very early Araucaria bidwillii (Bunya Bunya), Pittosporum undualatum (Sweet Pittosporum), Citrus aurantium cv. (a very early cultivar of orange with small fruits) and a substantial Lagunaria pattersonii (Norfolk Island Hibiscus), Prunus lusitanica (Portugese laurel), Ficus platypoda (Rock fig) and Gleditsia tricanthos (Honey Locust). The garden and driveway retains a very high degree of integrity, and despite the drought conditions, is in very good condition.

How is it significant?
The Old Strathkellar complex is of historical, architectural, aesthetic and scientific (botanical) significance to the Southern Grampians Shire.

Why is it significant?
The Old Strathkellar complex is of historical significance as the first pastoral holding to be established in the Hamilton area by the Wedge Brothers in 1848-9, and for its long continuous history as a pastoral property. It is of further historical interest for providing insight into the early life of pastoral families and their priorities, evidenced by the fine stables, the detailed plantings in the driveway and substantial gardens surrounding the main buildings. It is of architectural significance for the interesting early bluestone stables, which show a technical understanding of construction methods with local materials, and for the fine craftsmanship evident in the surviving timber joinery, a rare surviving example of this craft. It is of aesthetic significance for the impact which the gardens have on the Strathkellar and Grange landscape. The distinctive dark foliage of the many conifers in the garden, and its siting on a rise overlooking the area have ensured its aesthetic dominance of the cultural landscape in which it is set. It is of scientific (botanic) significance for its wide range of early and very substantial species of exotic trees, both in the garden itself and the driveway.