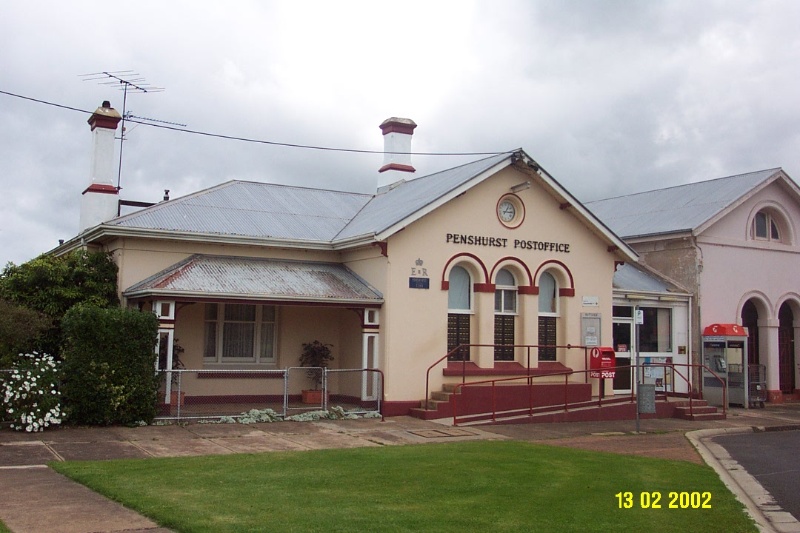 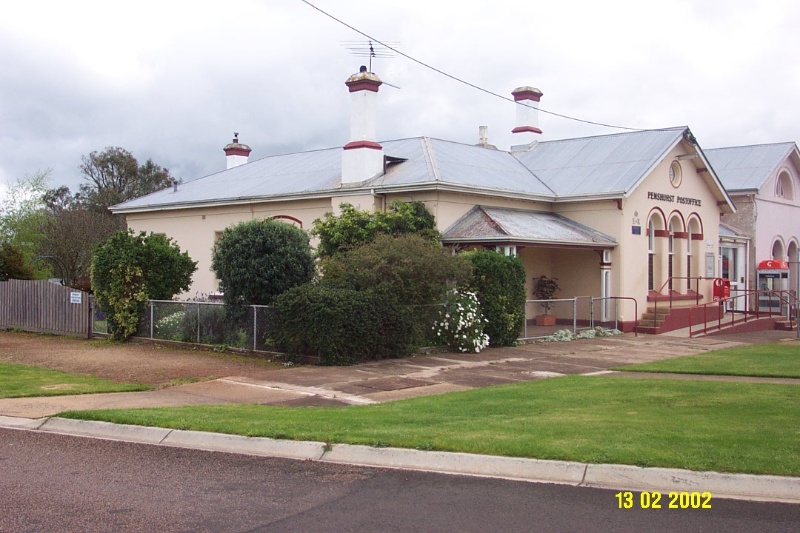 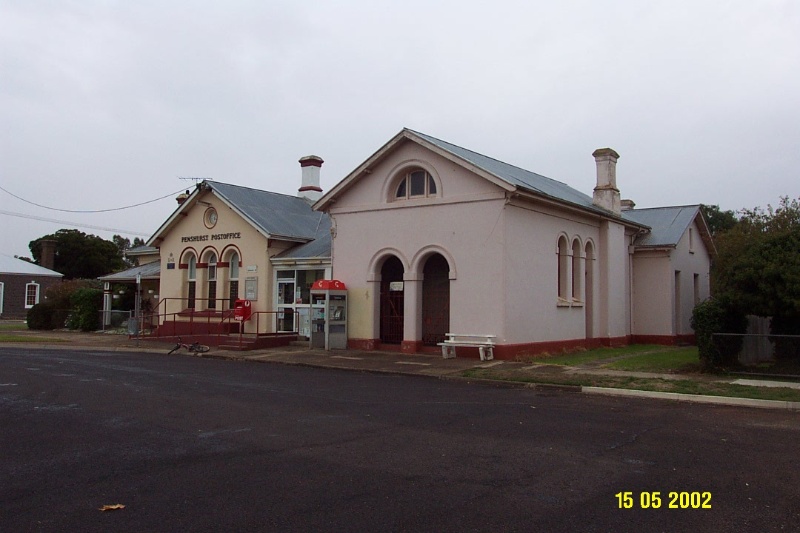 What is significant?
The Penshurst Post Office, Post Master's Residence and Court House complex is located at the north-west corner of Bell and Martin Streets in the centre of Penshurst. The site has a particular significance for its earlier use as the centre of the Mount Rouse Aboriginal Protectorate. It may be that those structures continued to be used for public purposes when the town was first surveyed and developed. In any case, the land became the Police Reserve and its present functions continue its role as the focus for the community. A new telegraph office was built at Penshurst in 1863 but this may have been subsumed into the later building.

The complex is an asymmetrical, single storey, rendered brick building. The two main functions are expressed by different masses and roof forms. The Post Office is on the south side and the Court House is on the north side of the complex. It was built in 1877 to a standard design prepared by the Public Works Department. As well as the postal service, the building included a telegraph office and a residence for the postmaster. Along with all post and telecommunications services, the building passed to the Commonwealth after Federation in 1901. The Post Office facade, on Martin Street, is little altered unlike the matching Coleraine Post Office which was altered to a standard design during the Interwar period except for the entrance. The Court House has not been altered. Consequently the complex remains relatively intact externally to its original design. The Post Office, with its residence, is much altered internally and continues in its original functions. The Court House is little altered internally but is no longer functioning, the space now being occupied by the Penshurst Historical Society. The complex is in good condition.

How is it significant?
The Penshurst Post Office is of local historical and architectural significance to the Southern Grampians Shire and the community of Penshurst.

Why is it significant?
The Penshurst Post Office is of historical significance as the focus for postal and telecommunications services to the community from the 1860s to the present day. It is of architectural significance for its association with the court house immediately adjacent and, by
, with the post offices in the other communities of the Shire, particularly that of Coleraine which is of the same standard design.
Show more
Show less
All information on this page is maintained by Southern Grampians Shire. Click below for their website and contact details.