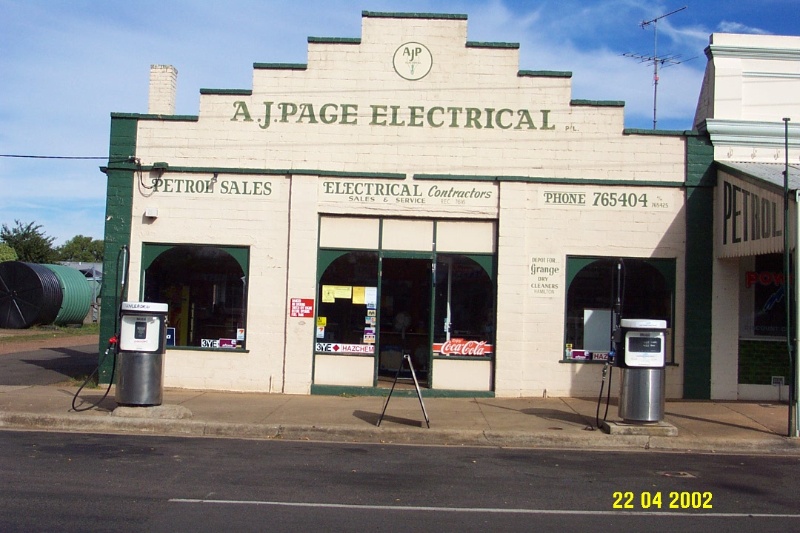 What is significant?
A.J Page Electrical, located at 91a Bell Street Penshurst has a large driveway and storage area to the south and to the east, a small Mount Gambier Stone building with a corrugated iron roof with a stepped pediment in the same material. The building was used as a motor garage and workshop upto the late 1930s. The building has had some alterations, including the modern display windows set symmetrically on either side of a much altered garage door, designed for motor entry. No architect or builder has been associated with the design. The door has been filled in with display windows on either side. The building is in very good condition, and retains a good degree of integrity, despite the loss of original front door and windows.

How is it significant?
A.J Page Electrical store is of historical significance to the Shire of Southern Grampians and the township of Penshurst.