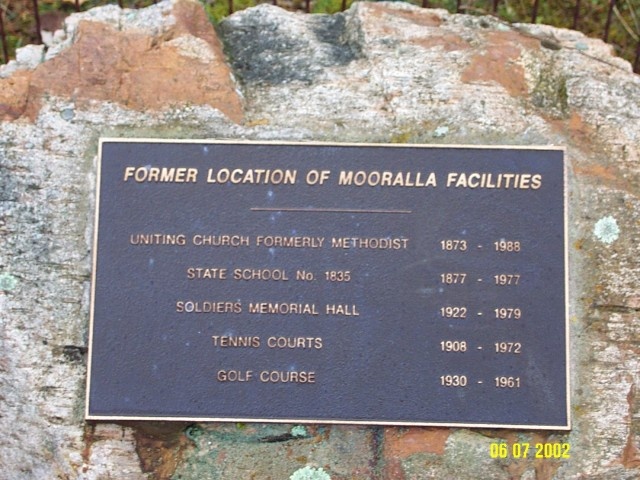 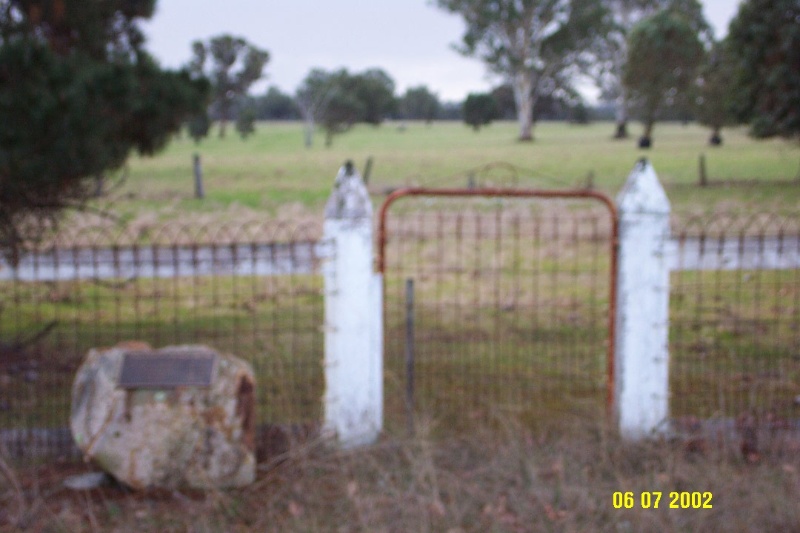 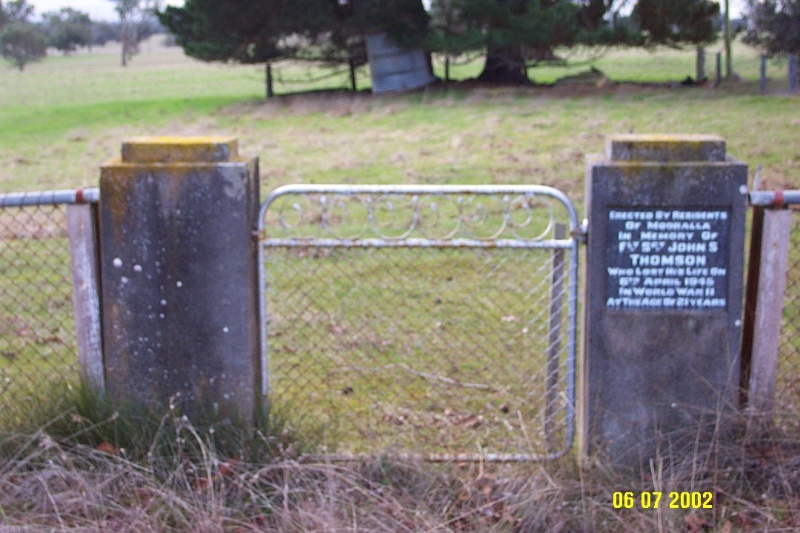 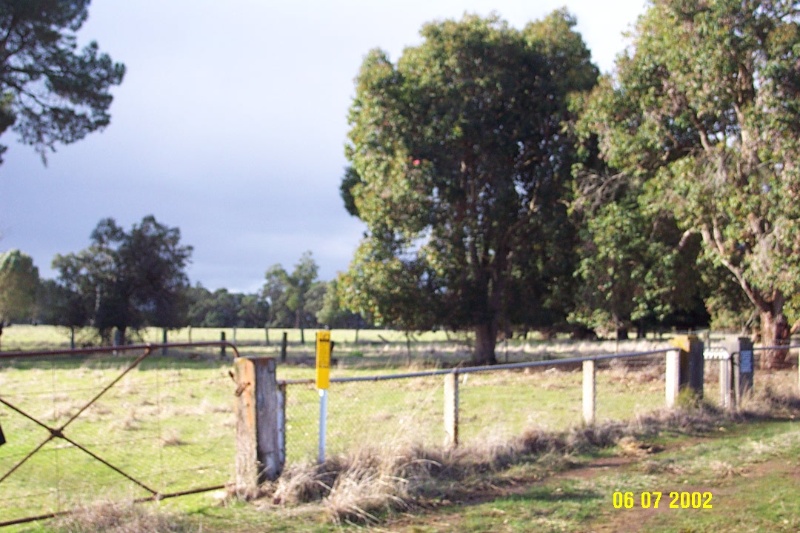 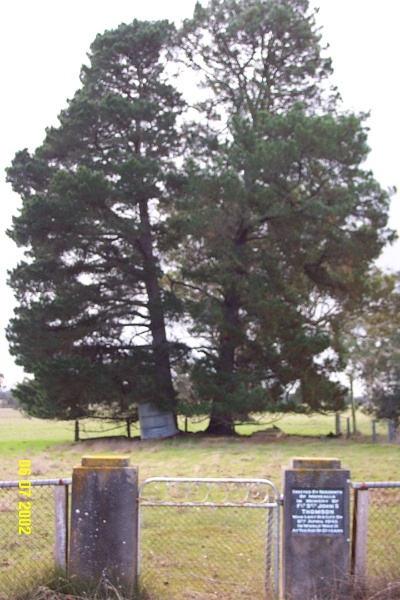 What is significant?
The Mooralla Civic Buildings Memorial is located in the roadside reserve on East West Road outside the site of the former Uniting Church. The memorial is a bronze plaque mounted on a large rock, erected in about 1998 by members of the local community. The inscription records the lost public buildings which were located in the immediate vicinity of the memorial, and which formed the community hub of the former village of Mooralla.

How is it significant?
The Mooralla Civic Buildings Memorial is of historical significance to the community of Mooralla and Southern Grampians Shire.