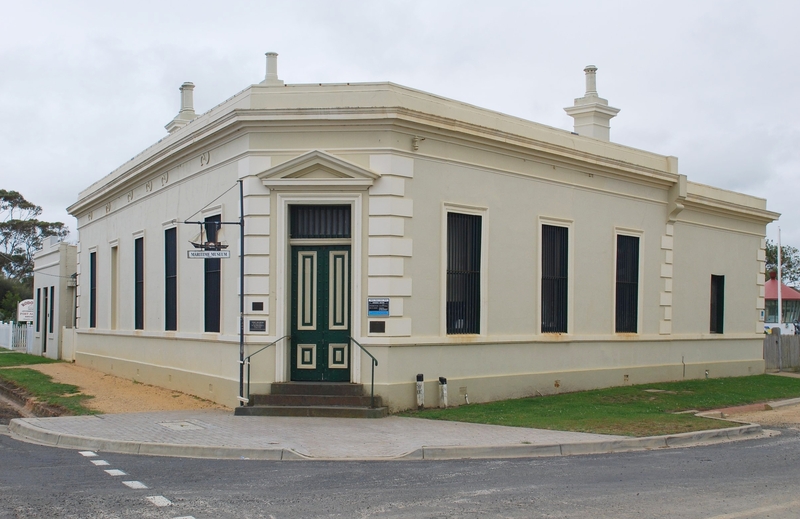 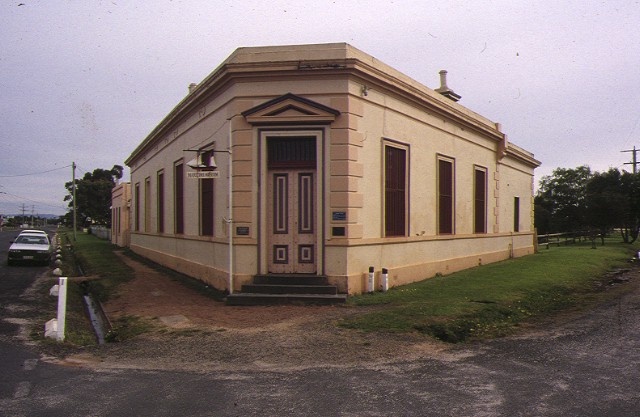 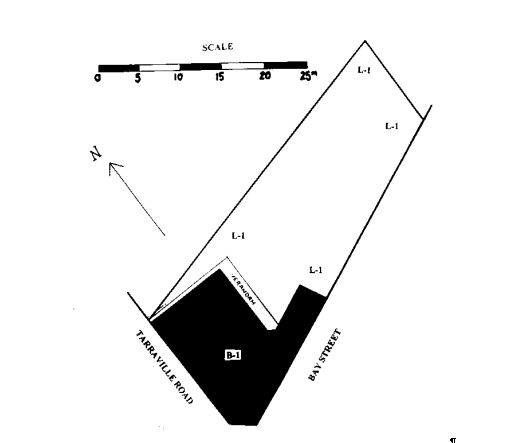 The former Bank of Victoria (now Port Albert Maritime Museum) was designed by the architects, Robertson and Hale and was constructed c.1861. The bank was the second Bank of Victoria to open in Port Albert and it replaced an earlier branch which had opened in 1856 in a two-storey prefabricated iron store in Victoria Street. The former bank, now used as a maritime museum, is a single storey stuccoed building in the Conservative Classical revival style. The splayed corner positioning, the corniced parapet and the pedimented entrance and quoining all combine to emphasis the prominent position of the building in Port Albert.

The Former Bank of Victoria (now Port Albert Maritime Museum) is of architectural and historical significance to the State of Victoria.

The Former Bank of Victoria (now Port Albert Maritime Museum) is architecturally important as a rare and intact example of Conservative Classical revival architecture. The former bank is one of only two known surviving examples of the work of the architectural firm Robertson and Hale and is the only architecturally designed bank building, of its era, in the Gippsland region. The former bank remains as an impressive and significant example of a 19th century commercial building, designed and positioned specifically to communicate the importance of Gippsland to the rest of the State. The building demonstrates an early use of a parapeted classical revival form and is notable for its considerable age.