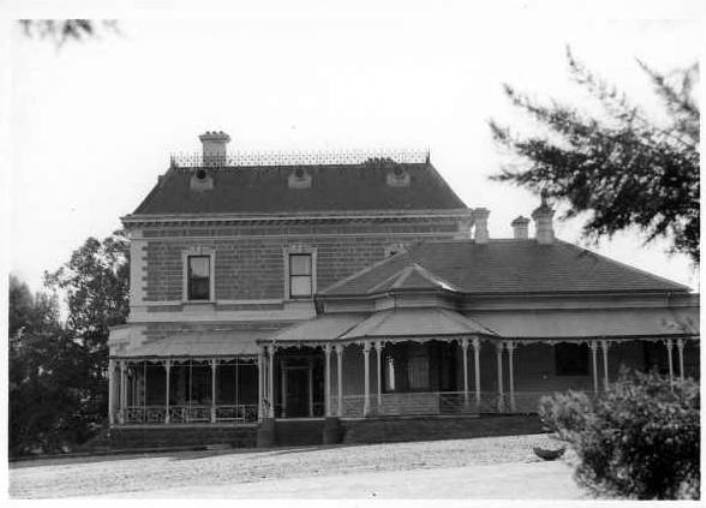 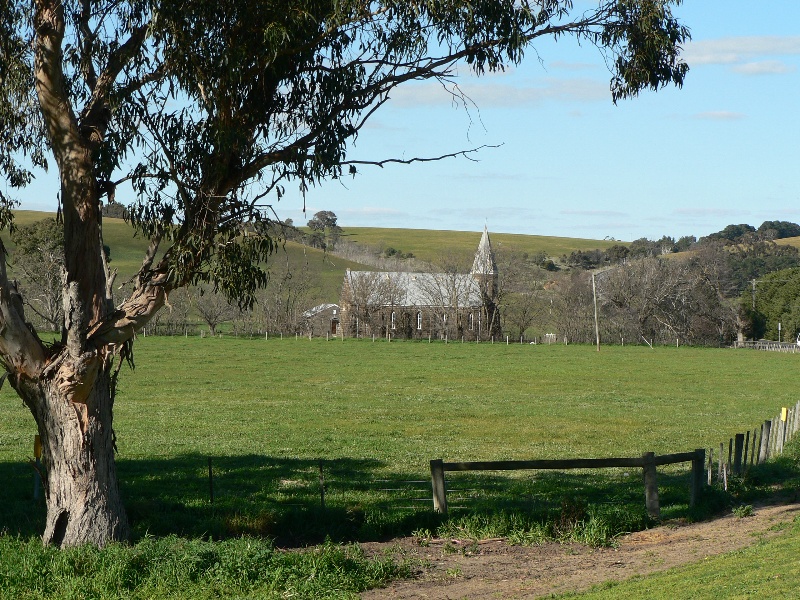 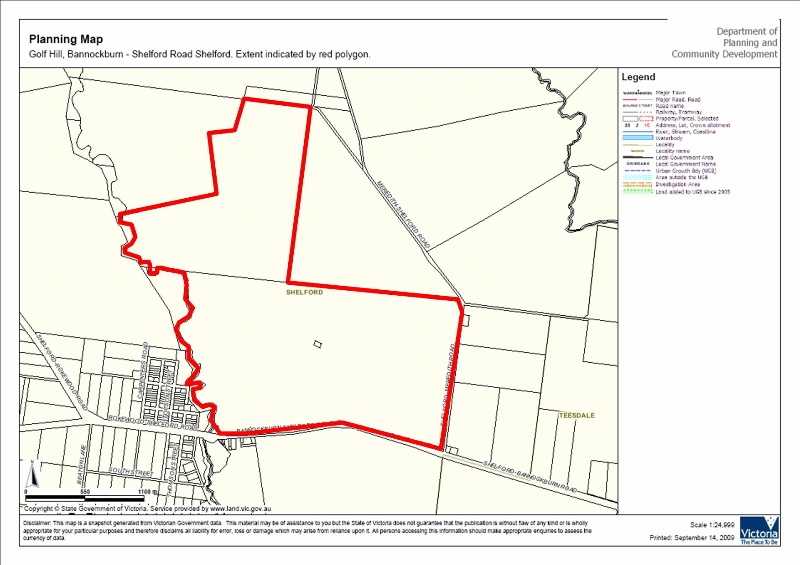 Golf Hill, Shelford is one of the earliest pastoral settlements in Victoria and one of the most influential through its long term owner, George Russell (1812-1888). Russell had come to the Port Phillip District from Van Diemen's Land with his half-brother Philip (1796-1844) in 1836. They settled on the Leigh River in 1842 at what is now Golf Hill and, on behalf of the Clyde Company, they established a vast empire of runs and outstations which stretched from the outskirts of Geelong to the Great Dividing Range in the north-west and the Hopkins River in the west. George Russell, at first the manager of the joint stock became a partner of the Clyde Company by 1844. The company was dissolved in 1857-58 after returning more than three and a third times its original investment. George Russell kept meticulous records and these became the basis of seven volume publication, Clyde Company Papers, edited by P. L. Brown between 1941 and 1971, one of the great examples of colonial Victorian historiography.

The first dwelling at Golf Hill was a crude timber hut. As a partner, George Russell replaced this with a modest brick cottage designed by Geelong architect and surveyor, Alexander John Skene (1820-1894) in 1846. It was extended in 1867 by the addition of a weatherboard drawing room and linked to the cottage by a delicate timber verandah. The cottage was demolished for the construction, in 1876, of the main wing of the homestead. It was designed by fashionable Melbourne architects, Smith and Johnson. Alfred Louis Smith (c1830-1907) and Arthur Ebden Johnson (c1823-95) had trained in London and worked in Melbourne in the Public Works Department. They designed and documented many important building. Smith and Johnson entered and won a competition for the design of the new Supreme Court buildings erected in 1874 but this was tainted by scandal since Johnson was on the judging panel. They went on to design many substantial villas and mansions in Melbourne and did some other rural work. The French Second Empire style used at Golf Hill is very rare in domestic architecture in colonial Victoria. The house is imposing, using a formal symmetry and elaborate roof to dominate the axial view down the valley, first acknowledged in 1846. Internally the planning is asymmetrical and incorporates the 1867 timber wing, now the oldest part of the house. The homestead complex is approached by a long drive and is set within a mature landscape. Various vernacular bluestone outbuildings and a bluestone woolshed complete the largely intact complex. There is also a reinforced concrete machinery shed built using the French 'Hennebique' system, possibly the only example in Australia. The complex appears to be in good condition throughout and retains a remarkably high degree of integrity.

George Russell, born in Scotland and staunchly Presbyterian was particularly influential in the development of that denomination in Victoria and the Western District. The minister at Shelford, Mr. Archibald Simpson for his ability, his gifts of leadership, and the outstanding success of his ministry in the Leigh Charge was appointed Moderator of the General Assembly of the Presbyterian Church of Victoria. Russell also patronized Geelong College. Russell's brothers, half-brothers and nephews were located throughout the Western District and formed a family network similar to such families as the Manifolds, the Robertsons, the Chirnsides and the Armytages. George Russell died at Golf Hill in 1888. His wife Euphemia Carstairs, his first cousin whom he had married in Scotland in 1852, died at Golf Hill in 1867, leaving seven daughters and a son. The bachelor son left the estate to his youngest sister, Janet subsequently Mrs. John Biddlecombe (1866-1954). She retained Golf Hill until it was subdivided for Soldier Settlement after World War Two. After her death the contents of Golf Hill homestead complex were sold and nothing remained.

Golf Hill Homestead complex, Shelford is of historical, social, architectural and aesthetic significance to the nation of Australia.