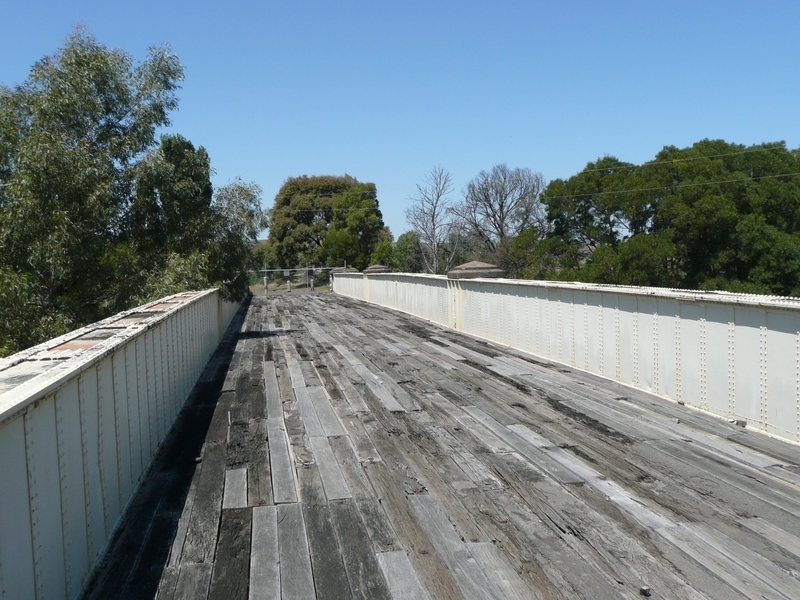 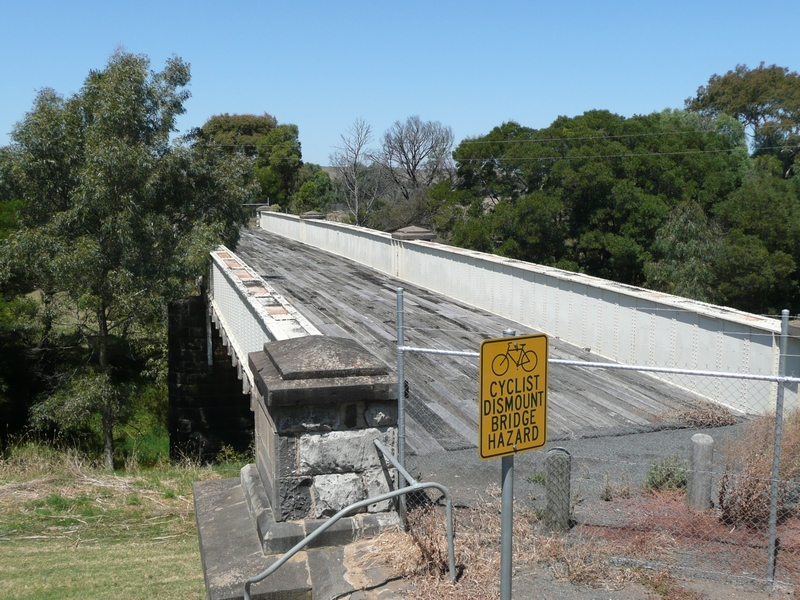 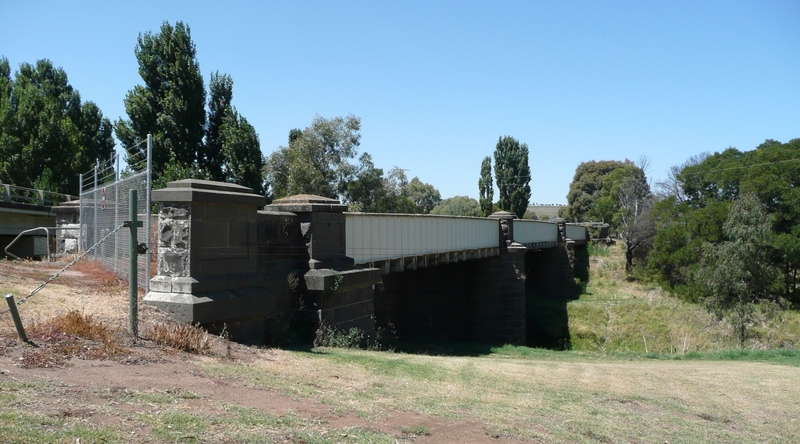 The Iron Bridge over the Leigh River at Shelford was erected in 1873-74 by the Shire of Leigh, replacing an earlier timber structure of 1851. The structure, which consists of two continuous hollow wrought iron girders over three spans and supported on iron rollers attached to bluestone piers and abutments, was designed by Shire Engineer CAC Wilson, and fabricated in situ from components cast by Ballarat founder, John Price.

The Iron Bridge at Shelford is one of a small number of wrought iron box girder bridges which survive in Victoria. The structure is notable for inherent constructional and technical features in the design and as an example of the work of CAC Wilson, an import figure in the history of bridge building in Victoria. Wilson practised his profession for an incredible 64 years (1846-1910) and was responsible for many iron, timber and concrete bridges in Western Victoria.

The Iron Bridge at Shelford has been superseded with the construction of a new concrete bridge adjacent to the original structure. The bridge is to be restored and used to carry light traffic.

reference in Trove to article about bridge