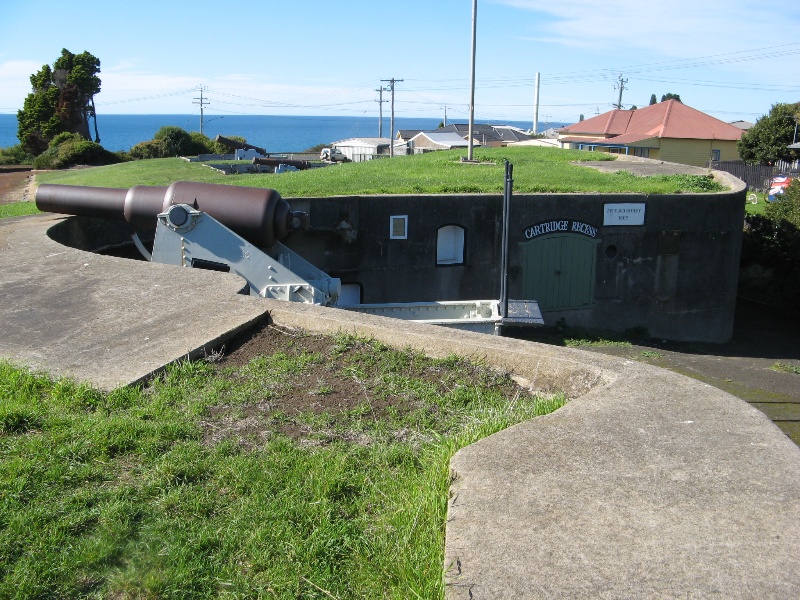 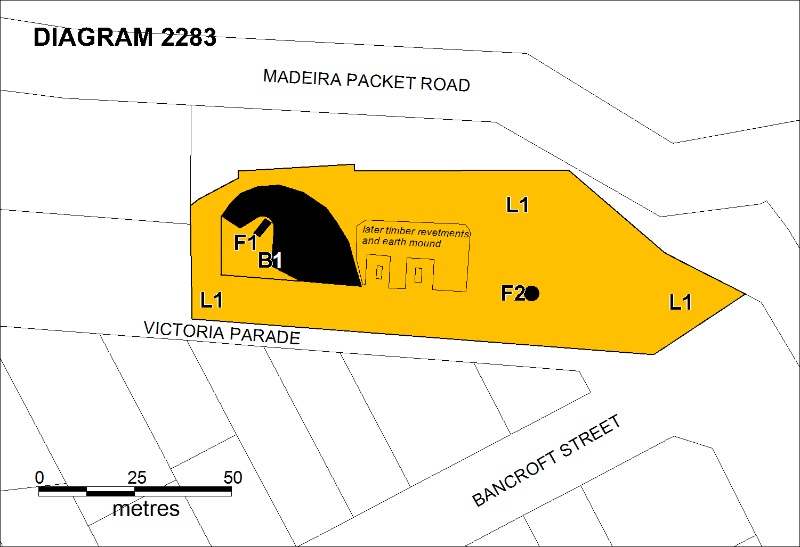 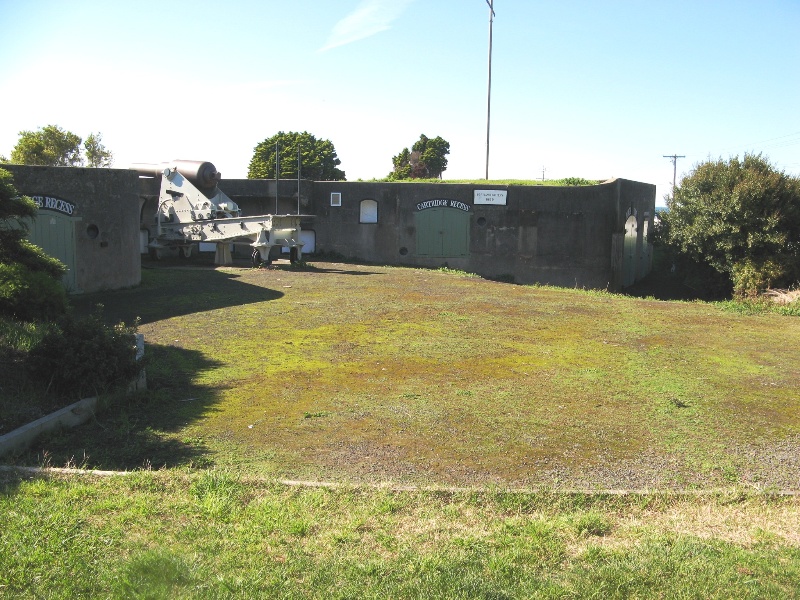 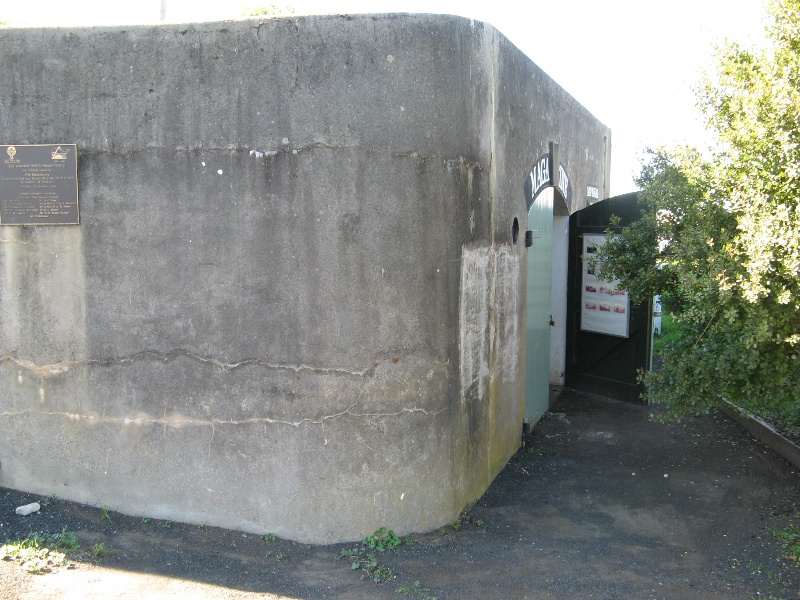 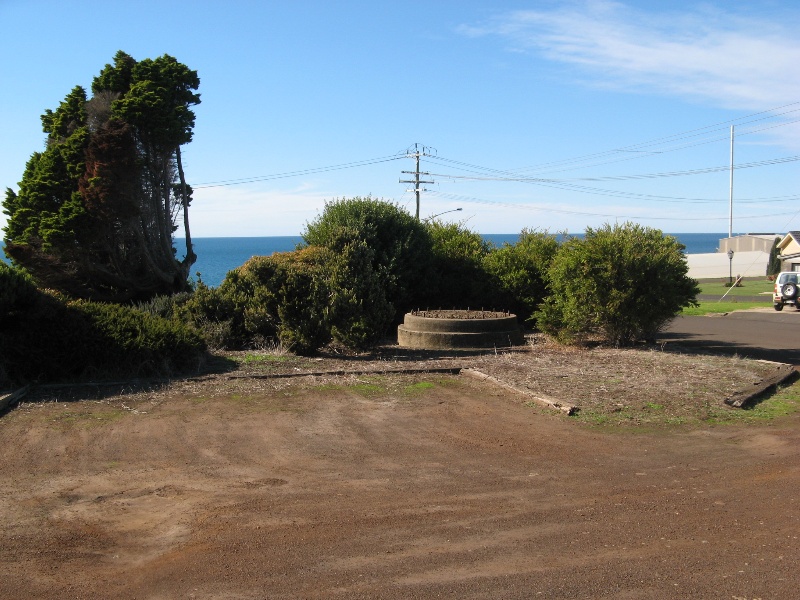 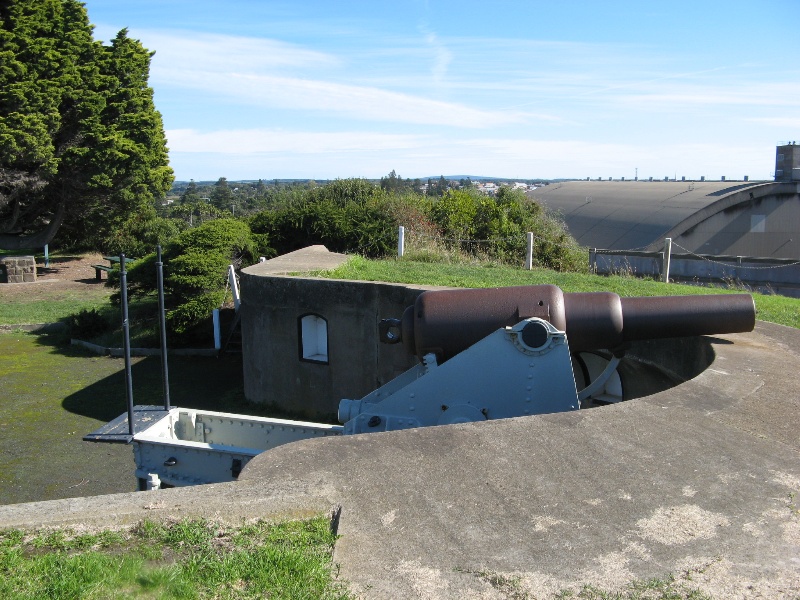 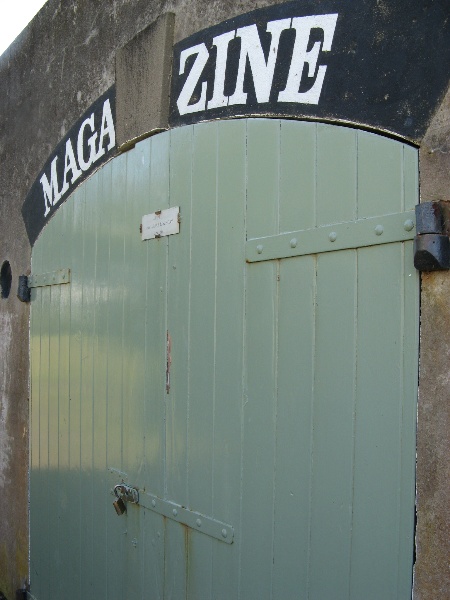 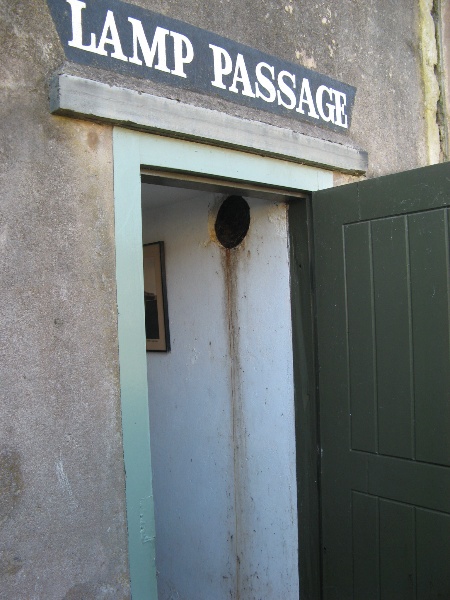 The Portland Battery, with a concrete gun emplacement, underground magazine and 80-pounder gun, is located on an elevated site at the entrance to Portland Bay. The battery was constructed in 1889-90 as part of the implementation of British recommendations for the defence of Victoria, and the design was based on British prototypes. The batteries at Portland, Port Fairy and Warrnambool were designed to act as an integrated system of defence for south-west Victoria's strategically important bays, ports and industries in response to a perceived threat from Russian warships. The contract for the first stage of the battery, the magazines, upper chamber and parapet wall, was let to George Weeks for £1982/12/0 in 1889. The second stage, the relocation of the old lighthouse on the site and the construction of the gun emplacement, was carried out by Messrs Nelson & Marshall in 1890 for £2436. The 80-pounder gun was cast at the Royal Gun Factory at Woolwich, England, in 1866, and was originally purchased for the defence of Port Phillip, but was moved here in 1890. Following Federation, ownership of the battery was transferred to the Commonwealth in 1901 for the compensation of £963. The battery was manned by volunteer militia until 1904, when the group was disbanded. From 1941 the battery was used by the Volunteer Air Observer Corps, but was abandoned as a defence facility after the war. The site became derelict but the battery and the gun were restored as part of the Victoria's 150th anniversary celebrations in 1984.

The Portland Battery consists of an underground concrete magazine above which is a large grassed earth rampart and a concrete gun emplacement. Built into the concrete wall around the gun are a number of shallow recesses for lamps and wood-lined cupboards for cartridges. Wooden doors marked 'Magazine' and 'Lamp Passage' lead into separate foyers from which ladders lead down through vertical shafts to the magazine chamber and to the lamp passage parallel to it from which the magazine was lit. The design of the battery, with its thick concrete walls, earthen rampart and the careful separation of the munitions from sources of ignition, is typical of nineteenth century battery design. The original 80 pounder gun (manufacture number 25) is a rifled-muzzle-loader cannon, still on its original wrought iron, steel and gun-metal carriage and traversing slide mounted on a traversing rail. Marks include 'R F G' over 'No 25' over '1866', on the left hand trunnion (the cylindrical projection from the side of the barrel that rest on the carriage and forms a pivot point); the barrel has a Victoria Regina (VR) cypher; and the carriage and slide bear the mark 'MC'. The remains of an emplacement for a World War II Volunteer Observer Corps aircraft searchlight are located nearby.

This place is located on the country of the Gunditjmara and Eastern Maar people.

The Portland Battery is of historical and architectural significance to the state of Victoria and the original 80 pounder gun is of scientific (technological) significance.

The Portland Battery is of architectural significance as a fine example of British military design of the period. It is an intact example of the fortifications built in Victoria's coastal towns as part of a broader British colonial defence strategy in the 1880s. The design of the Battery shows careful consideration of the handling and storage issues for explosives and is indicative of battery and magazine practices of the nineteenth century.

The 80-pounder gun is of scientific (technological) significance as a now extremely rare example of nineteenth century naval artillery.