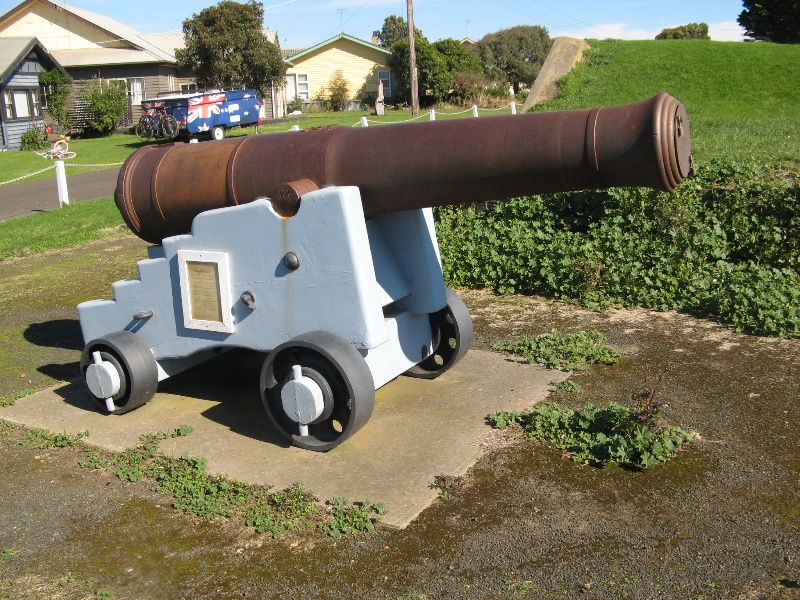 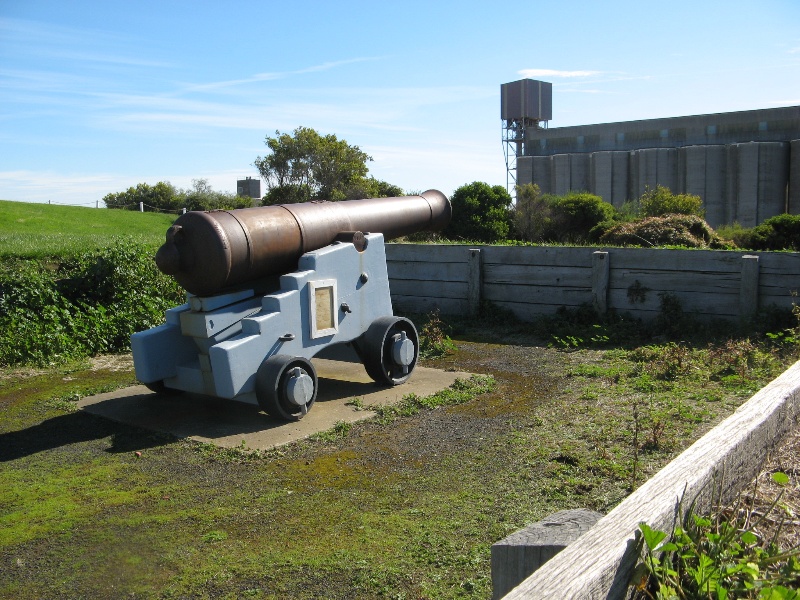 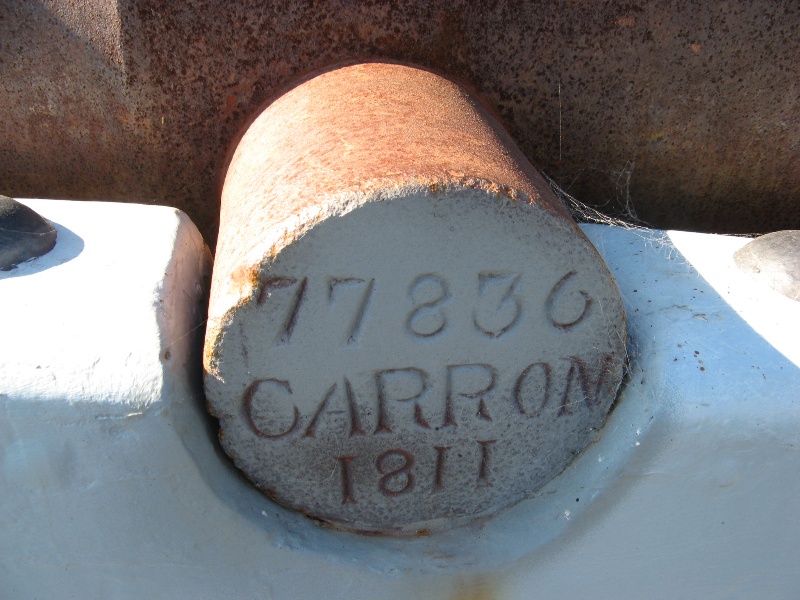 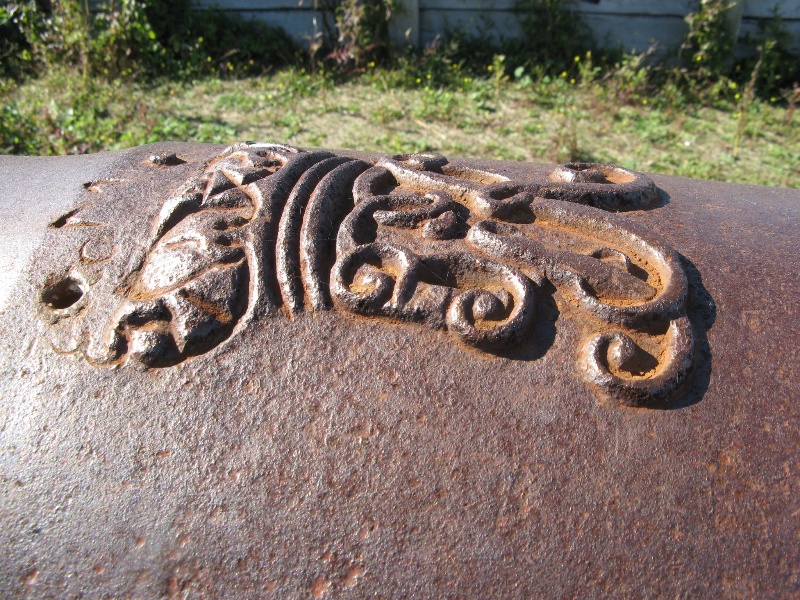 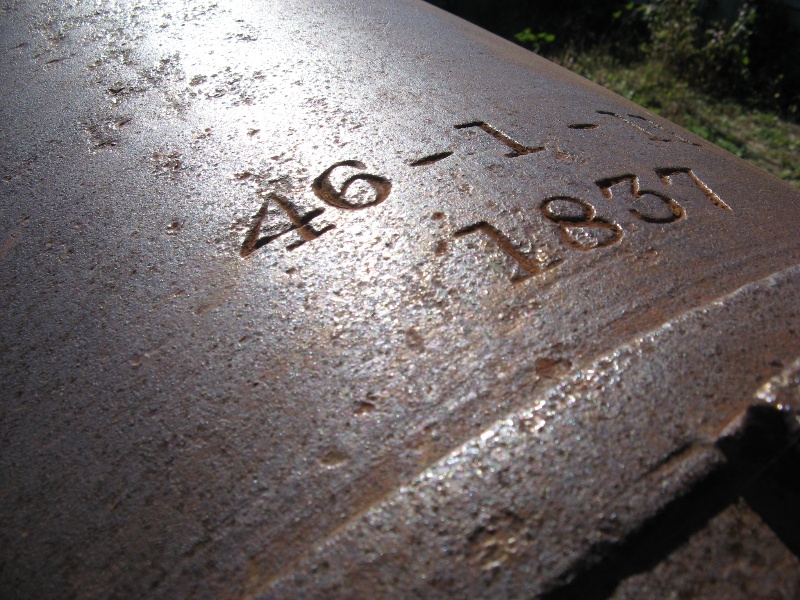 The 32 pounder gun (currently (2011) located in a modern timber-lined gun bay adjacent to the Portland Battery) was made at the Carron Ironworks in Scotland in 1811, probably as a 24 pounder, and is thought to have been converted into a 32 pounder in 1837. It was one of the fifteen guns that constituted the defences of Melbourne in 1850, and which were therefore the first artillery to be deployed for the defence of Victoria. As newer and more sophisticated artillery became available for the defence of Port Phillip in the 1860s and 1870s, the 32 pounders were moved to western Victoria where they were used for training by volunteers and part-time militia. This gun was brought to Portland on the HMVS Victoria in 1867. It was originally mounted in the town and was later transferred to the Drill Hall (VHR H2245) where it was used for training purposes. It remained there until the battery was disbanded in 1904, when it was moved first to the Portland Botanic Gardens and later to the Battery when it was restored in the 1980s, although it was never historically located there.

This gun (manufacture number 77839) is a 32 pounder smooth bore cast iron cannon mounted on a wooden carriage with wrought iron fittings and two iron wheels. It is marked on the left trunnion (the cylindrical projection from the side of the barrel that rests on the carriage and forms a pivot point) '77830' over 'Carron' over '1811'; on the right hand trunnion is '32P'; on the barrel is the Royal Cypher of King George III, plus, '46 -2 - 0' and '1837'; on the cascabel (the rounded projection behind the breech) is 'CV' and 0-3 gradations (CV stands for copper vent, and the gradations indicate the elevation of the barrel).

The 32 pounder gun is of historical and scientific (technical) significance to the state of Victoria.

The 32 pounder gun is of historical significance for its association with the early defence of the colony of Victoria and as a reminder of the importance of coastal defences in the early colonial period. It demonstrates the dependence of the young colony on British military expertise and on the British manufacture of artillery. The relatively short life of the gun as part of the defences of Port Phillip reflects the rapid changes of gun technology during this period, and in particular the introduction of rifled guns of much greater accuracy and range than the old smooth bore cannon and the subsequent transfer of obsolete weapons to strategically less important sites.

The 32 pounder gun is of scientific (technological) significance as a now extremely rare example of nineteenth century naval artillery, which was designed to be accurate over very long distances. Its significance is increased by the presence of its original wooden carriage