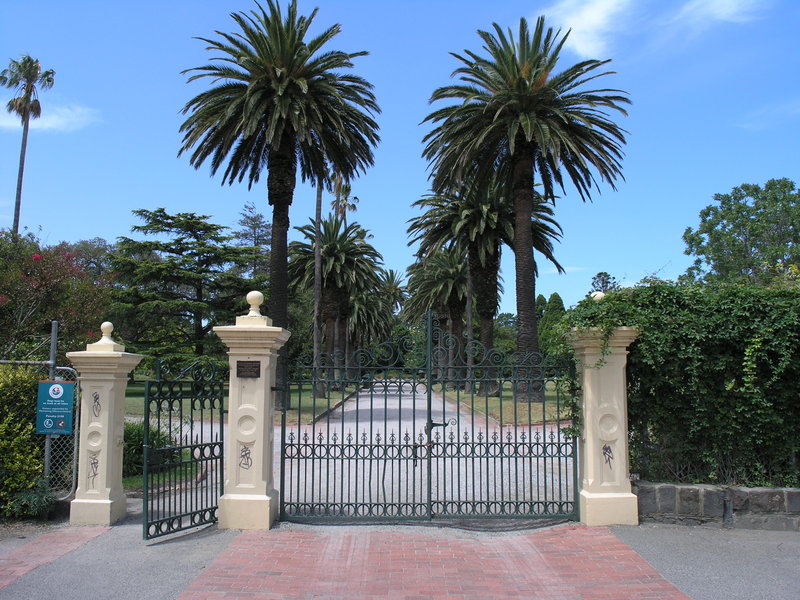 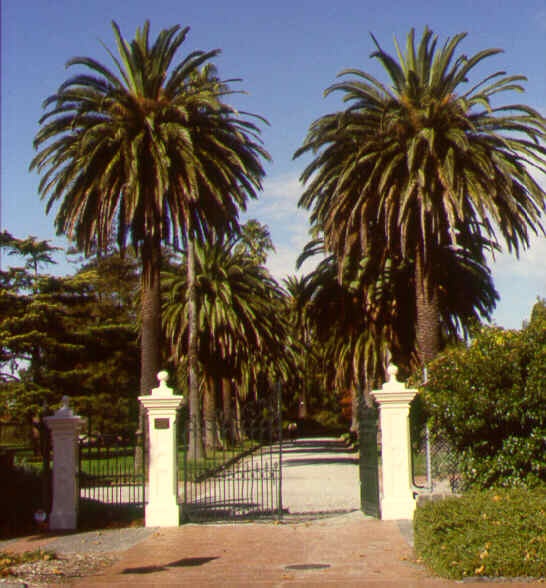 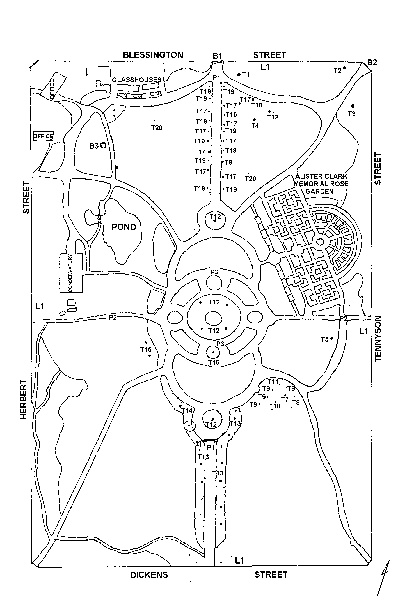 What is significant?
The St Kilda Botanical Gardens of 6.4 hectares were permanently reserved in August 1860. The original formal or geometric design for the Gardens was prepared by Tilman Gloystein c1860 and despite many alterations, particularly between 1940-45, it retains elements of the original layout and early features. The principal source of plants for the establishment of the gardens was the Royal Botanic Gardens under the directorship of Ferdinand von Mueller. Mueller appears to have assisted in the supervision of planting and attended the opening ceremony. The Gardens? first curator was well known nurseryman, George Brunning. The Gardens contain striking landscape features which remain intact from the Victorian, Edwardian and Inter-war periods, in particular the Blessington Street gates (1918) and St Kilda City Gardens gates (c1950), the Levi Pavilion, a hexagonal timber pavilion built as a gift from the Levi family (1928), the central north-south axial avenues between Blessington and Dickens Streets (c1860), including the unusual alternating palm avenue, and the central crescent shrubberies and bedding displays. Striking axial vistas are achieved through the central axis which survives unaltered from the period of the Gardens? original layout (1860). The Gardens also contain the Alister Clark Memorial Rose Garden (1950, redeveloped 1985).

How is it significant?
St Kilda Botanical Gardens are of historical, aesthetic, scientific (horticultural) and social significance to the State of Victoria.

The St Kilda Botanical Gardens have aesthetic significance for their fine design featuring an axial plan with avenues leading to a circular centrepiece. The brick gutters and bluestone rock edges reinforce the intricate design. This central area is a fine example of formal Victorian garden layout with its circular lawn and surrounding beds of floral displays and is a rare feature in Victoria. The palm avenue, an unusual combination of Phoenix canariensis and Washingtonia robusta, and the ornamental cast iron gates provide a striking and dramatic entry to the Gardens from Blessington Street. The Gardens are also significant for the built and vegetation features which survive from the Victorian, Edwardian and Inter-war periods.

The Gardens have scientific (horticultural) significance for their unusually large collection of rare and unusual mature trees and for their role in perpetuating the tradition of Edwardian municipal gardening displays. The Gardens have an outstanding collection of mature trees, some of which are rare in cultivation and some the finest of their species in Victoria. Such trees include Ulmus pumila which is extremely rare in cultivation in Victoria, a pair of Cassine crocea, Phillyrea latifolia, Olea europea subsp. africana, Celtis occidentalis and an important collection of palms, including the rare Jubaea chilensis and Phoenix sylvestris.

The St Kilda Botanical Gardens have social significance for their long and continuous association with the people of St Kilda. It is valued as a place of recreation by the citizens of St Kilda and the wider community, who since the 1860s have flocked to this and the many other attractions of St Kilda, Melbourne?s most famous seaside resort.
Show more
Show less
All information on this page is maintained by Heritage Victoria. Click below for their website and contact details.