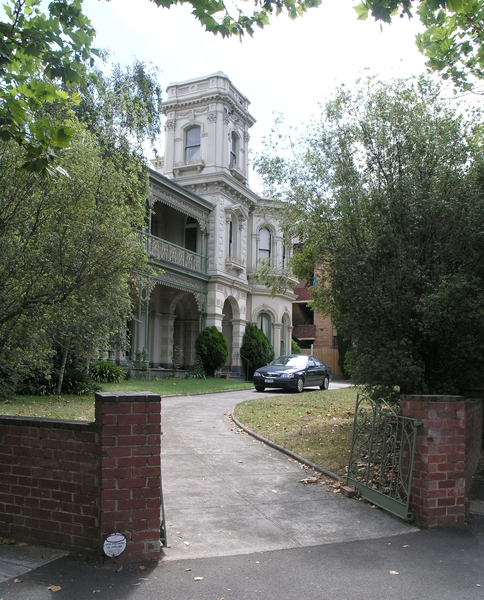 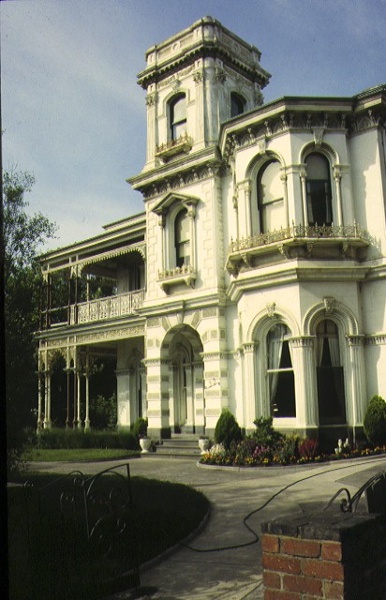 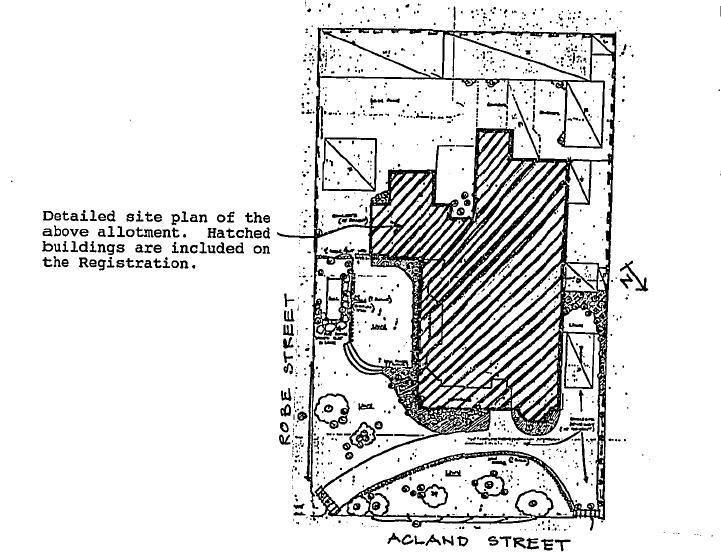 Halcyon was erected in 1886 for Annie Dudgeon shortly after the death of her husband John Dudgeon, apparently to the design of architects Frederick de Garis and sons.

It is an asymmetrical two storey Italianate villa of stuccoed brick which features a tower, an L shaped balcony and verandah with cast iron columns, balustrading, valencing and brackets which form gothic arches. The tower which rises above and highlights the ground floor entrance is ornately decorated with pilasters, festoons, string courses and vermiculated quoins.

The building has a dominant roof line with bracketted eaves. Internally the main house is substantially intact and noteworthy for its elaborate plasterwork and particularly fine vestibule which repeats the gothic theme of the external cast iron.

Halcyon is of architectural and historic significance - as one of the most sophisticated surviving examples of the many opulent buildings erected in St Kilda during Melbourne’s boom and remains in an intact form; - as a representative example of the work of the architects Frederick de Garis and Son; - for the richness and quality of its detailing and construction; - as a reflection of the aspirations and pretensions of the wealthier citizens of Melbourne during the boom period a number of later additions, outbuildings and the modified stables are not included in the registration.