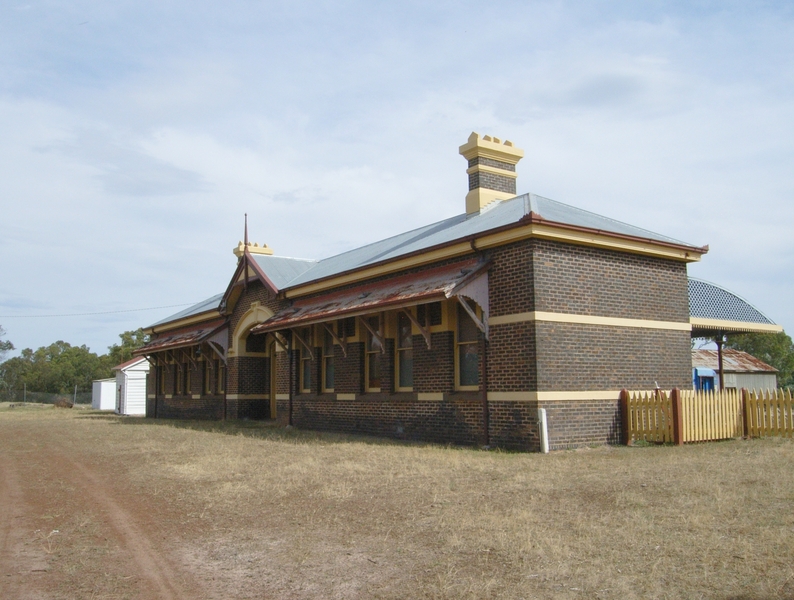 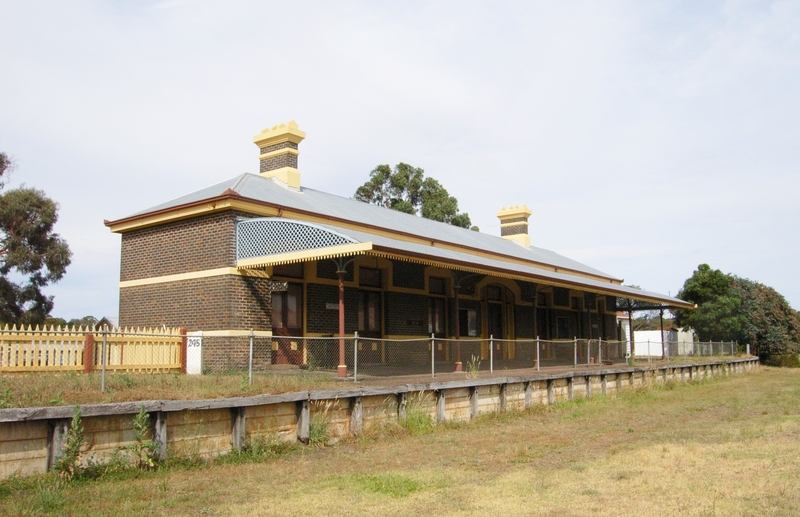 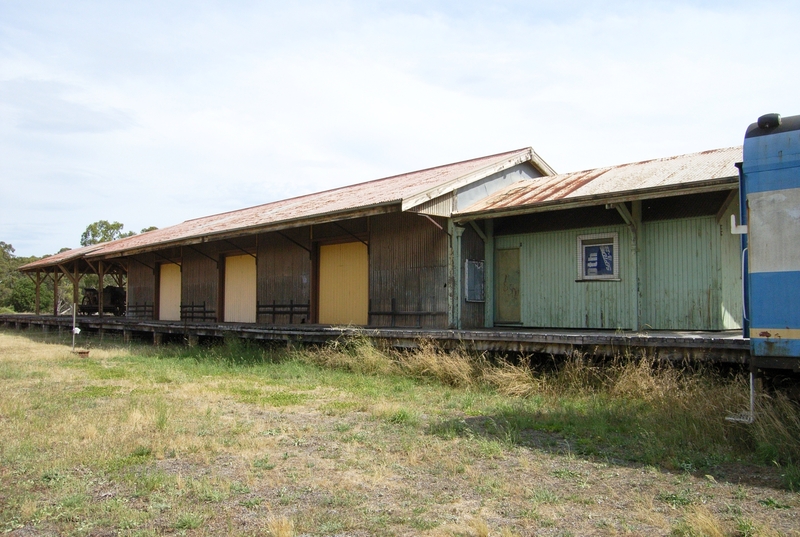 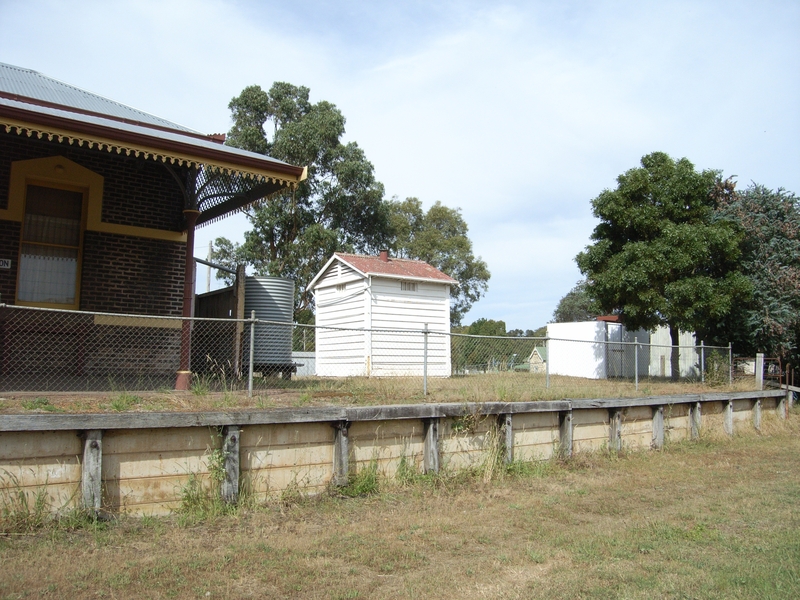 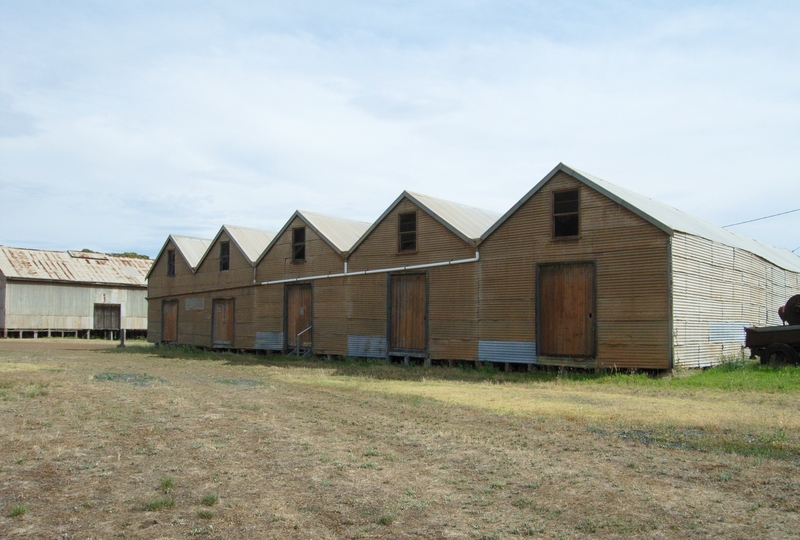 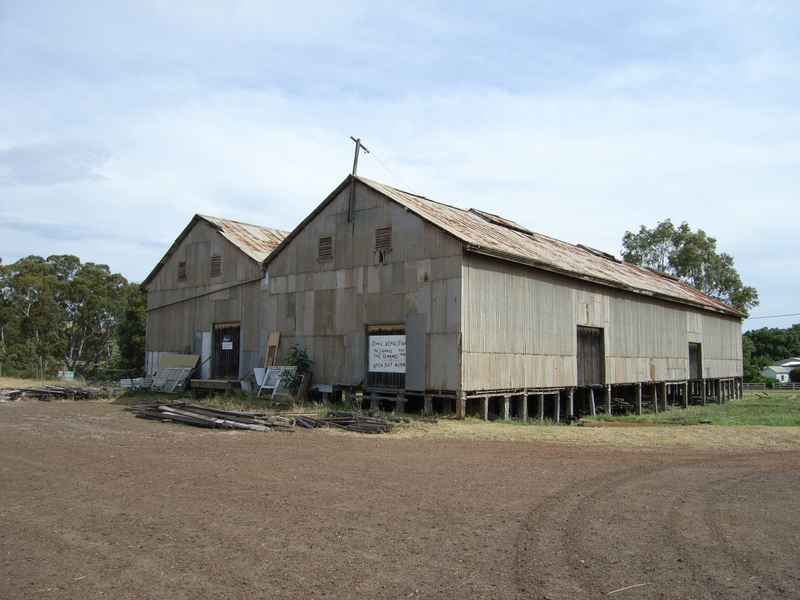 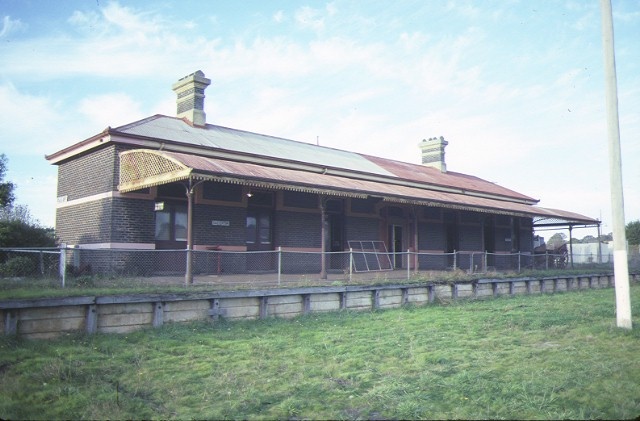 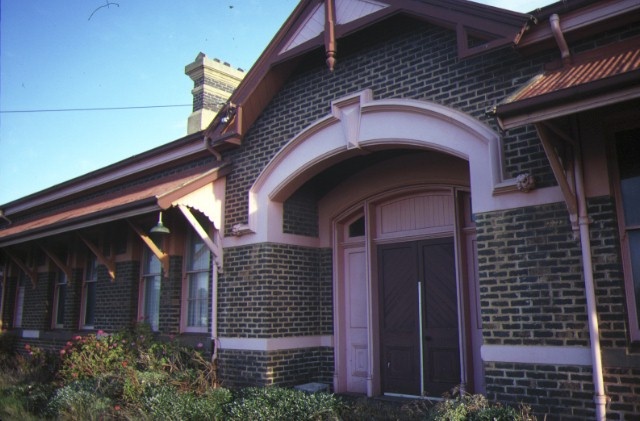 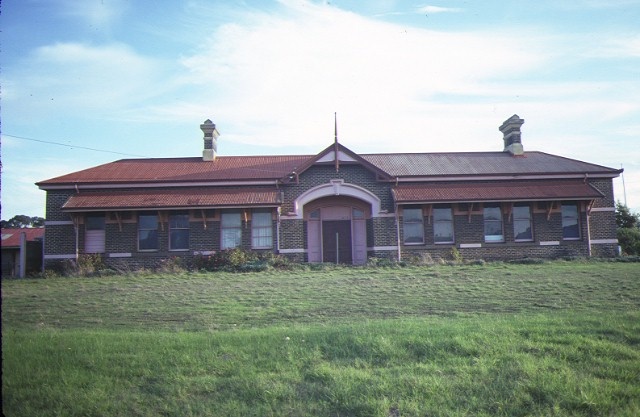 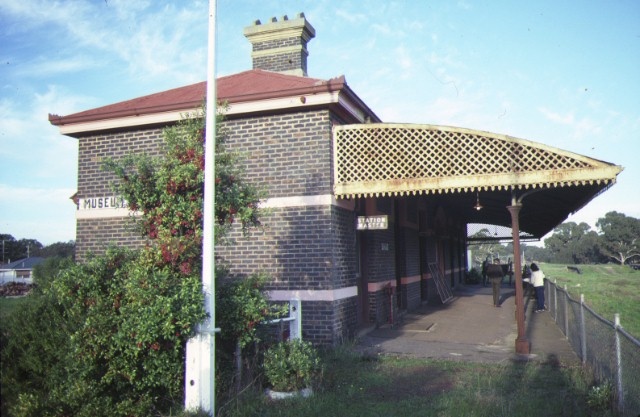 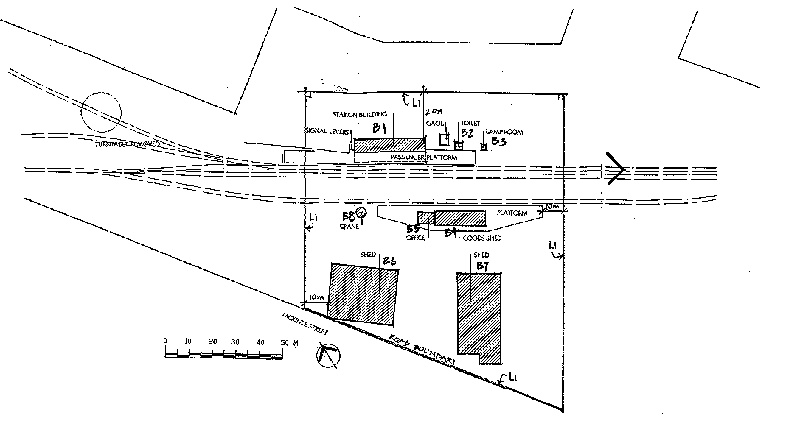 What is significant?
The Casterton Railway Station was constructed in 1886 by A. C. Findley for the Victorian Railways. It was built at the end of the Branxholme-Casterton line which was completed in 1884. This line provided transport for livestock and wool from the Casterton district to the nearest Victorian port, Portland via the existing Hamilton line, which otherwise would have been transported to Kingston, South Australia. The building was designed under the administration of Richard Speight, the chairman of commissioners appointed to oversee an extensive programme of railway work arising from the Octopus Act of 1884, so called because the Act authorised a widespread network, or octopus, of new lines throughout Victoria.

The building is a substantial single storey brick station with a convex, cast iron platform verandah. Designed in a restrained Gothic/Tudor style, the station building represents the first departure by the Railways Department from the classical/Italianate style and as such is a substantially intact example of what has been classified as the Casterton style. Typically located at major points on main lines, or at the end of branch lines, seven similar stations were constructed in this restrained picturesque style. The prototype plan at Casterton comprises a central booking hall with offices on one side and waiting facilities on the other and this was repeated in later designs. Details at Casterton include flat headed windows with pointed cement render motifs above, a rendered drip mould, a timber decorative gable end to the booking lobby entrance and timber bracketed window hoods.

The railway complex has undergone extensive restoration and operates as a tourist attraction.

How is it significant?
The Casterton Railway Station is historically and architecturally significant to the State of Victoria.

Why is it significant?
Casterton Railway Station is historically significant in recalling the dominance of the port of Portland as an outlet to the Glenelg and Wannon River wool and livestock traffic as well as the rivalry for that traffic shown by the South Australian Railways and the town of Hamilton.
It is also historically significant as an important example of a standard railway station design from a remarkable period of railway building which played an important role in the development of the Victorian economy.

Casterton Railway Station is architecturally significant as a substantially intact and important example of the 'Casterton' style of railway buildings. As such it remains a representative example of railway station buildings constructed during the Speight era of the 1880s.
[Online Data Upgrade Project 2004]