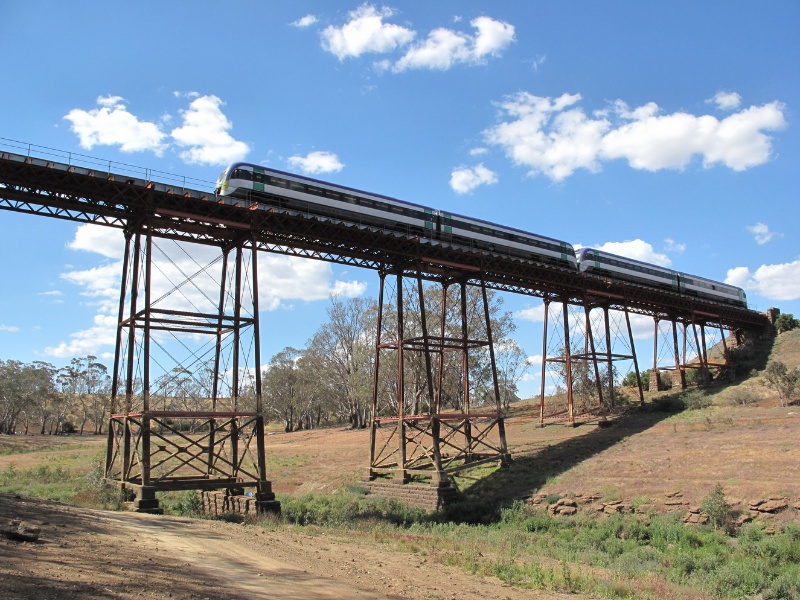 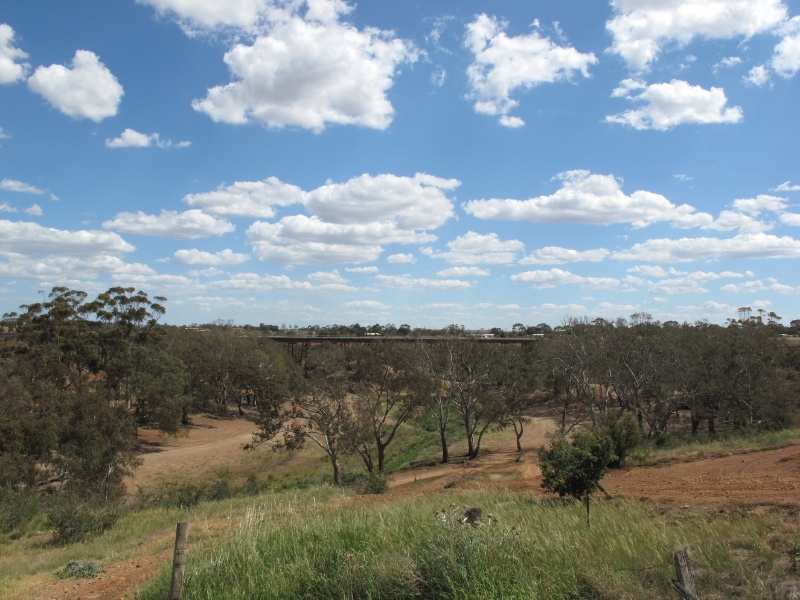 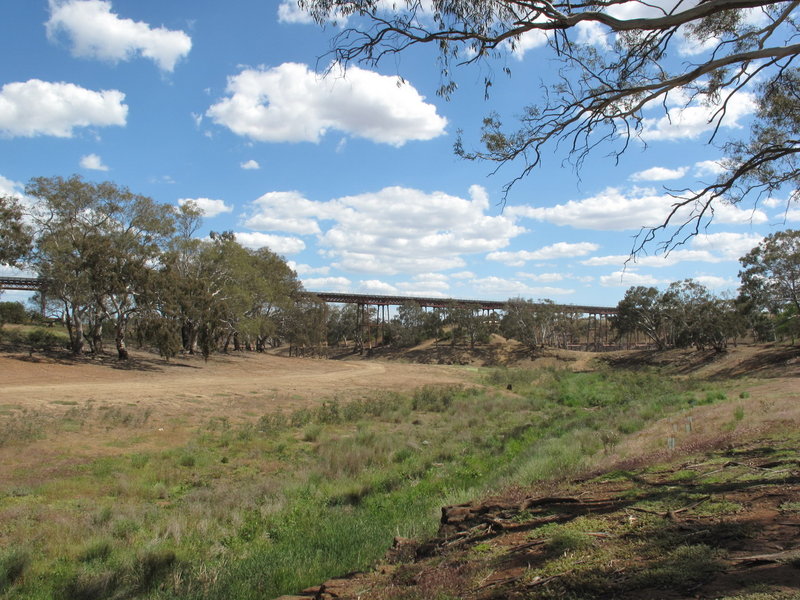 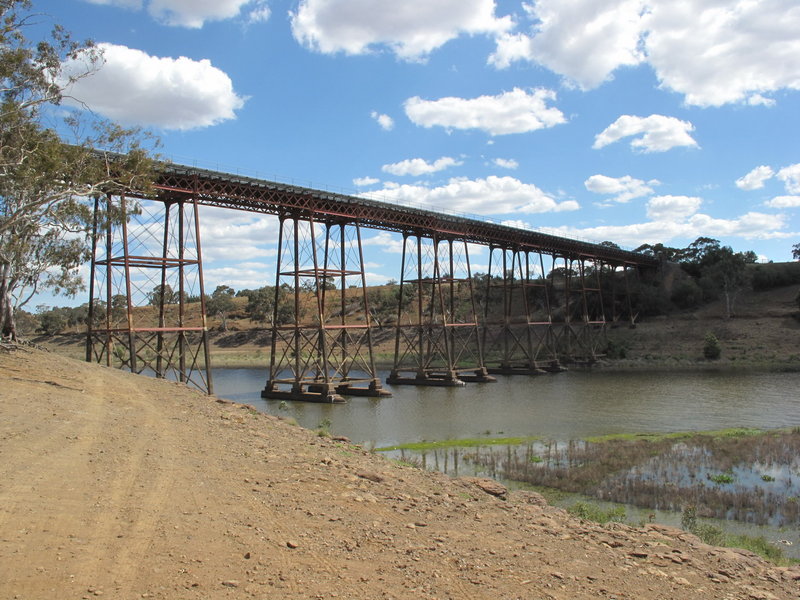 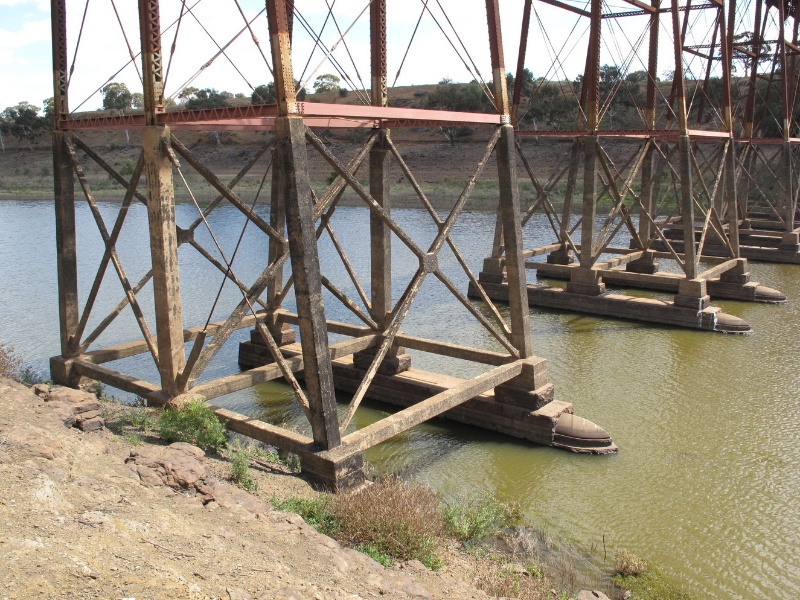 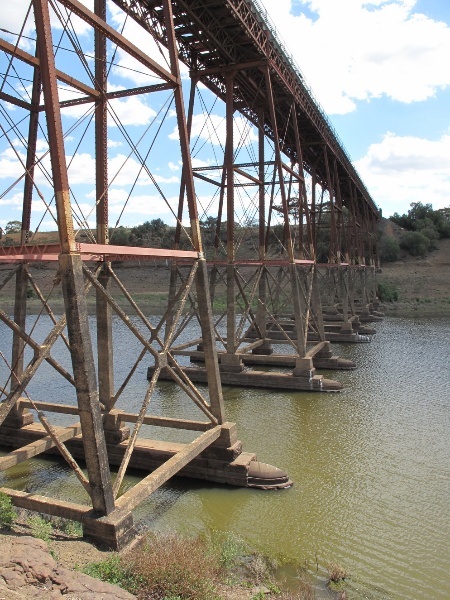 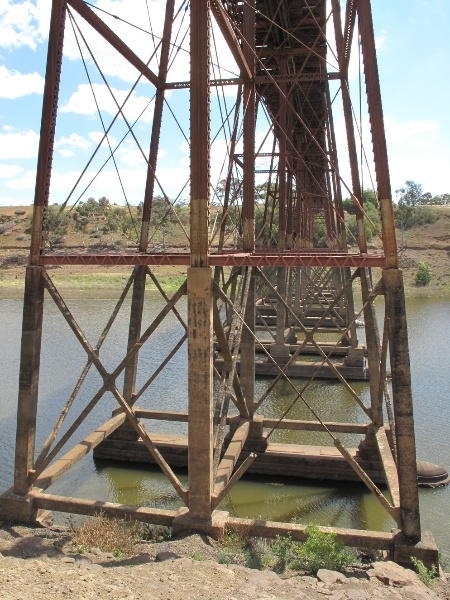 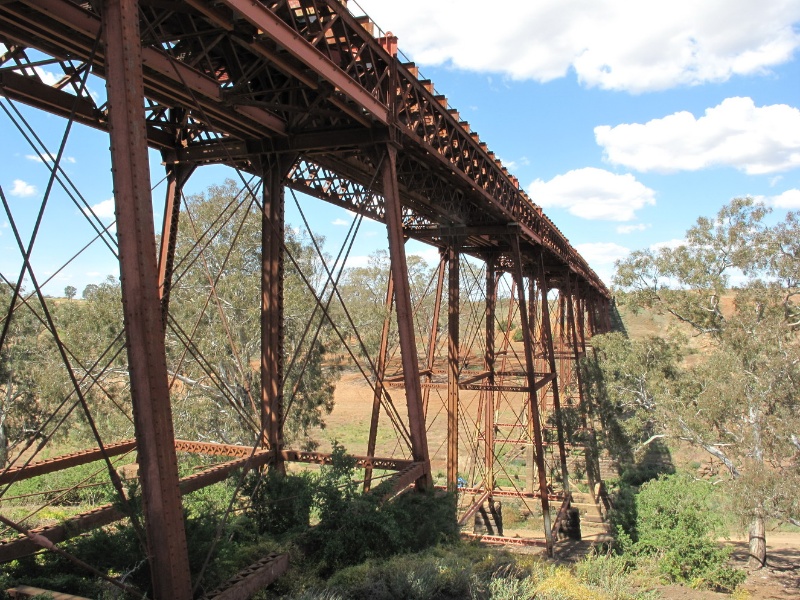 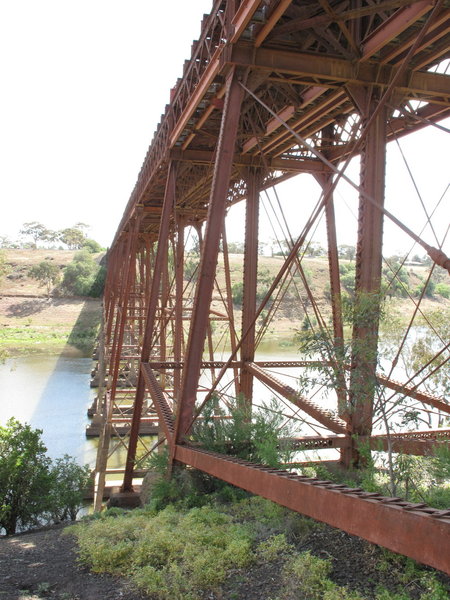 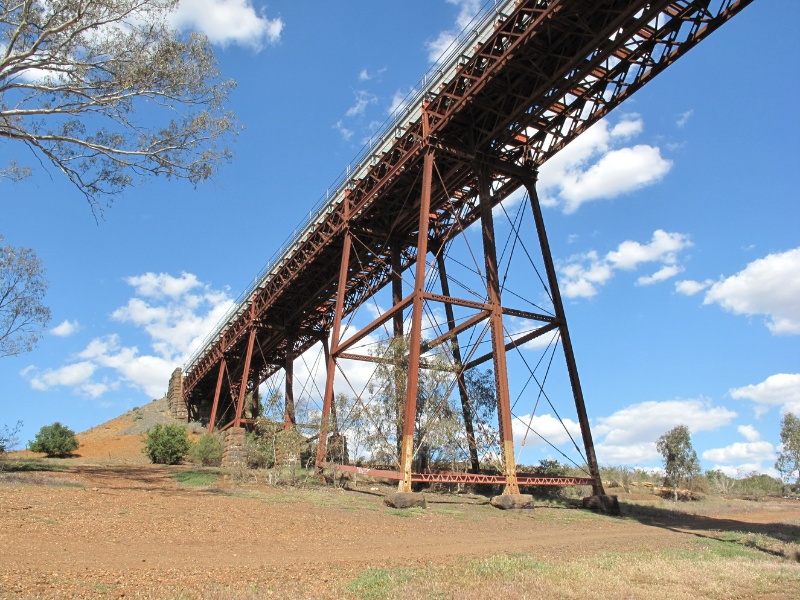 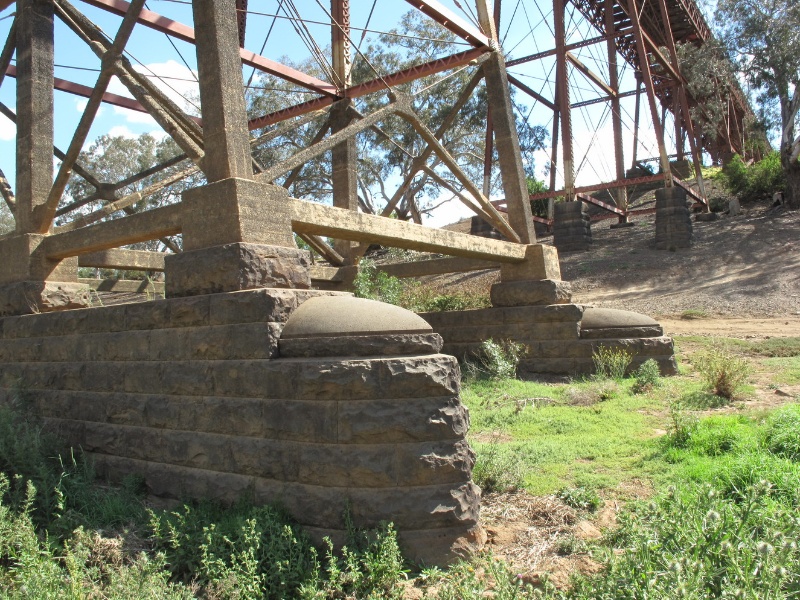 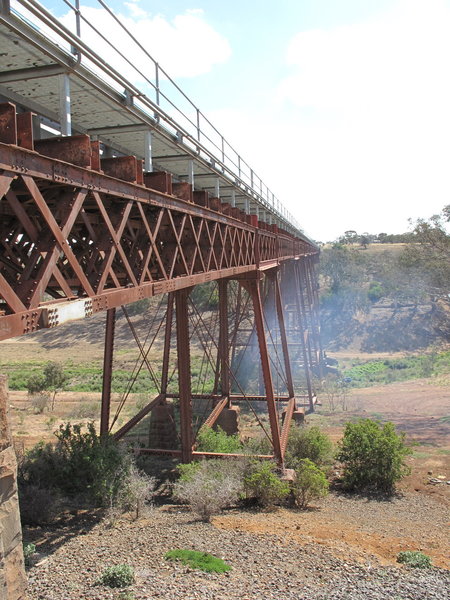 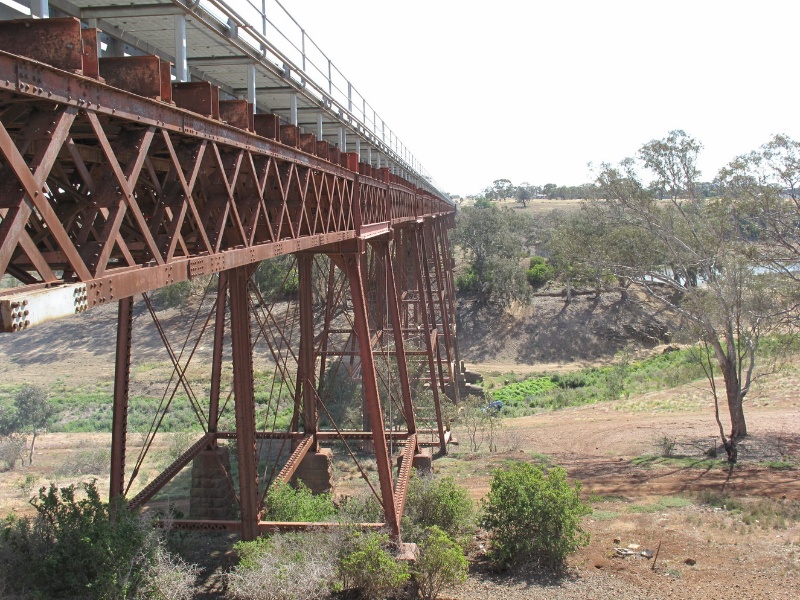 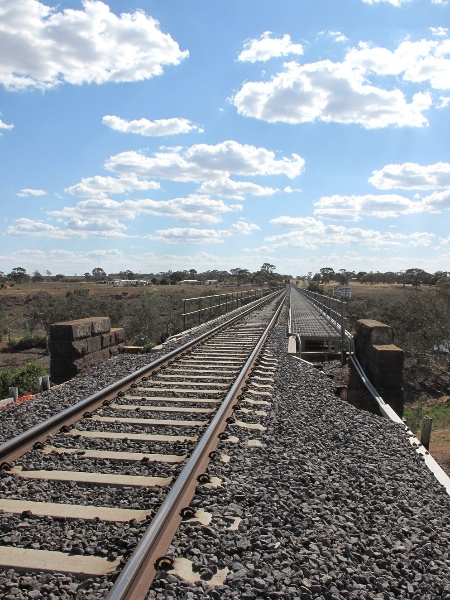 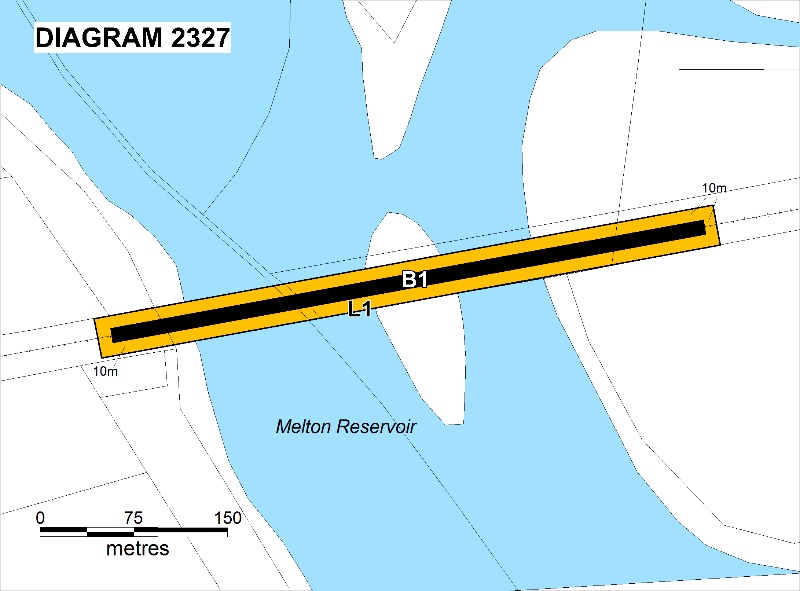 The viaduct was built as part of the Melton-Parwan section of the direct line from Melbourne to Ballarat. The previous rail route to Ballarat, via Geelong, had opened in 1862. The direct link to Melbourne reflected Ballarat's growing economy as well as the commercial and political influence of the city and provided a more direct rail link between Melbourne and Western Victoria.

The bridge shows the influence of lightweight railway design developed in North America in the mid to late nineteenth century which reflected a change in the approach of Victorian Railways to railway construction following the extravagant early railway boom of the 1860s. The use of incremental construction with travelling cranes, prefabrication of components, and use of tensioning rods for stability and simplification of construction, were also indicative of these changes in railway construction. Despite several alterations to its deck structure, the bridge remains an outstanding example of a lighter structural design employing open metal trestle supports and metal truss girders.

Standing 38 metres over the Werribee River, the 375 metre long bridge is constructed of double lattice trusses supported on square tapering trestles constructed of trussed wrought iron legs. The bridge has bluestone abutments and pier bases of coursed rock-faced bluestone with drafted margins. The larger piers, now sometimes submerged in the Melton Reservoir, have sharp tapered cutwaters with curved coping at their tops.

This site is part of the traditional lands of the Wathaurung and Wurundjeri people.

The Melton Railway Viaduct satisfies the following criterion for inclusion in the Victorian Heritage Register:

The Melton Railway Viaduct is significant at the State level for the following reasons:

Melton Viaduct is significant for reflecting a number of advances in bridge design and construction which represented an important shift in engineering and railway construction in Victoria. (Criterion F)

The Melton Viaduct is also significant for the following reasons, but not at the State level:

The Melton Viaduct is significant as an important regional transport link and as a major landmark for the local community. (Criterion A)

The Melton Viaduct is significant as a prominent feature in the landscape of the Melton Reservoir Park which is regularly experienced by visitors as part of recreational activities, and a well known photography point for rail fans. (Criterion G)