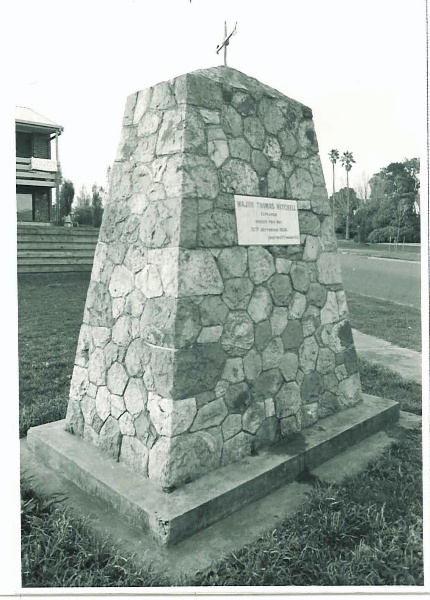 SIGNIFICANCE:
Marks the centenary of the passing of Major Mitchell through what was to become Hamilton.


This memorial was erected to mark the centenary of Major Mitchell passing through what was to become Hamilton, and making camp nearby, on 12 September 1936 on his exploration of the south west of the Port Phillip District. ([i]) The tablet on the memorial says that it was erected on 15 March 1937 and the centenary passed "with a small ceremony". ([ii]) The arrow at the top of the memorial is pointing to Sydney for the explorer had already turned to go home. The structure, one of many across the state which mark Major Mitchell's progress and as part of the state's centenary, is built from mixed rubble and takes the form of a truncated obelisk with faint reference to the Neo-classical style in its simplicity of detail. It is significantly intact and in good condition.