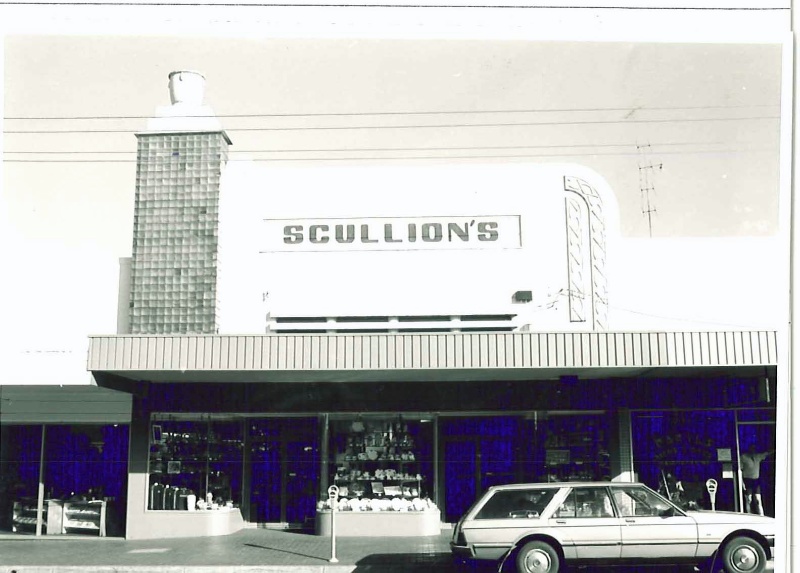 SIGNIFICANCE: »Designed by the eminent Melbourne architects, Seabrook and Fildes and built by Reg Williams, this is one of the most important 1930s buildings in Hamilton for its avant garde architecture.

This building has regional significance for its architectural interest as an example of the work of the architects, Seabrooke & Fildes. ([i]) It was built by the prolific local builder, Reg Williams. It features curved glass shopfronts with plate glass used as stiffening. ([ii]) It dates from 1938 or earlier and was owned by M J Shipman and J Davey. Later owners were Roy Thompson and Giacomo Strangio. ([iii]) The building may be compared with Homesaver, (former Miller's Department Store) at 121 Gray Street, which was remodelled by Seabrooke & Fildes in the 1937. The use of a strongly vertical glass block tower is a common motive in the architects' work. This is the only example which is completed by a concrete pot! Other Art Deco details are also noteworthy. The shop's facade and much of the interior are significantly intact and it is in good condition.

[i] Information from Mrs Peg Christie, daughter of the builder.

[ii] This is by far the earliest example known to the authors of this now familiar detail.