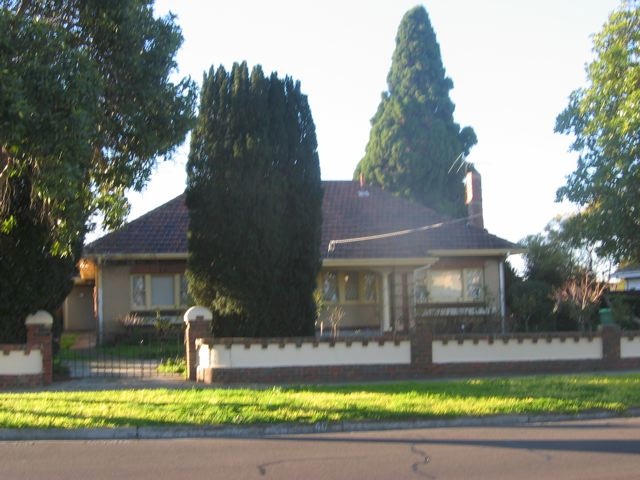 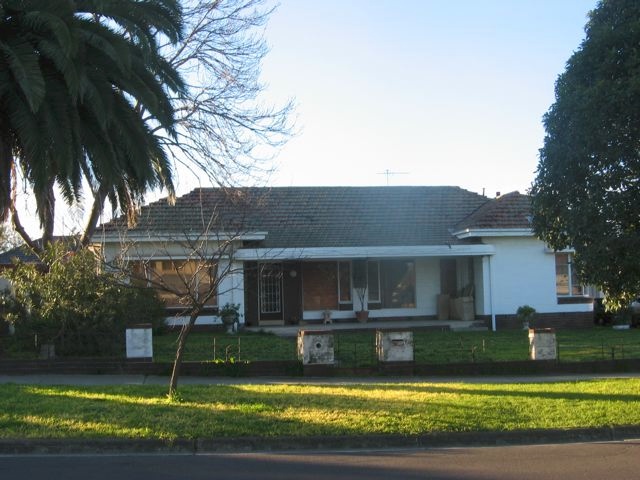 What is significant?
The houses, constructed for the Sandland family, and the associated front fences and mature gardens at 36 and 40 Cooper Street, Preston are significant.

The house at 36 Cooper Street is a rendered brick Inter-war villa with a hipped roof clad in terracotta tiles. Two projecting bays flank a central porch. The bay to the right has a curved wall at the corner of the building, with a hood above its window. The upper walls of the house are rendered brick and the bases of the walls are face brick. The windows of the house are steel frame, with one on the corner, contributing to the Moderne character of the dwelling. The front boundary fence is complementary and has a brick base, rendered brick pillars and wrought iron railings between each pillar.

The house at 40 Cooper Street is a rendered brick Inter-war villa with a hipped roof clad in terracotta tiles. A smaller hipped roof projects forward at centre forming a porch, with Roman Doric columns. The front door of the house is accessed from this porch, and to the right of the front door is a projecting curved bay with diamond-shaped glazing in its sashes. The windows flanking the verandah are Chicago-style timber frame double-hung sash windows. There are solider courses of clinker brick above the heads of these windows. A low brick fence extends along the street boundary, which is contemporaneous with the house, and it has a combination of face brick and rendered surfaces. The house is set in a mature garden with typical inter-war plantings including Bhutan Cypress (Cupressus torulosa) in the rear yard, a Cedar, an Italian Cypress (Cupressus sempervirens) near the front fence, and a Canary Island Palm (Phoenix canariensis).

Later alterations and/or additions ro the houses are not significant.

How is it significant?
The houses, gardens and front fences at 36 and 40 Cooper Street, Preston are of local historic, architectural and aesthetic significance to Darebin City.

Why is it significant?
Historically, the houses at 36 and 40 Cooper Street are significant as evidence of the development of small farms in Preston and Reservoir just prior to the suburban development of the area. They are important for their associations with the locally important Sandland family. The significance of the houses is enhanced as a result of their rarity values as among the few surviving houses associated with farms, and as rare examples of substantial inter-war houses in Preston. (AHC criteria A.4, D.2, H.1)

The houses at 36 and 40 Cooper Street are architecturally significant as fine and well-detailed examples of inter-war residential architecture. The house at No.40 is a fine and well-detailed example of the bungalow style, while the house at No.36 is one of the best examples of the Moderne style in Preston and is complemented by the front fence. The aesthetic qualities of the house at No.40 are enhanced by the mature garden plantings and the complementary front fence. (AHC criteria E.1, F.1)