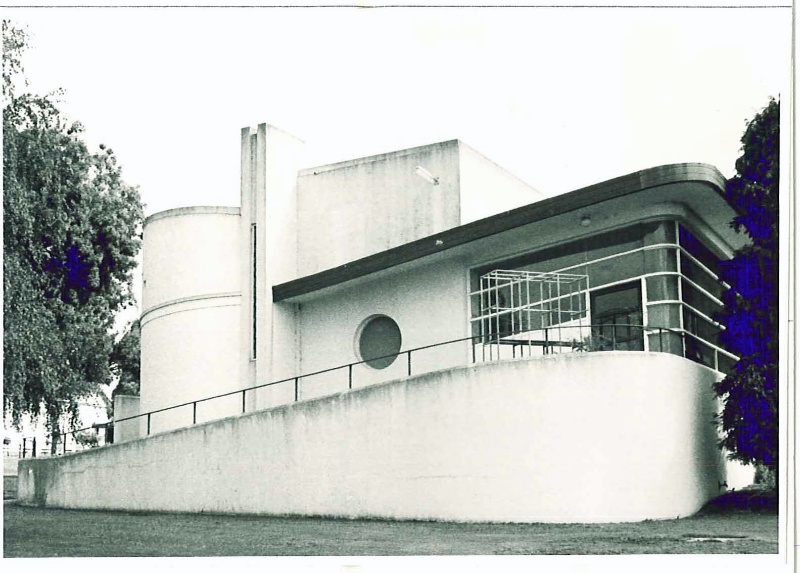 SIGNIFICANCE: »Significant as a dramatic use of architecture to express and deal with an historical and social issue. Dominates the streetscape.

This building has state significance for its architectural and historical interest as a custom-built sanitorium, one of a number built in the late 1940s in Victorian country towns as part of an important and successful Australia-wide campaign to eradicate tuberculosis after the Second World War. Constructed c1947 from designs by the Public Works Department of Victoria, ([i]) the Chalet shows a European influence, its use of the rare Expressionist style reflecting similar sanitoria designs on the Continent of the 1920s. It is a classic expression of the architectural principle that form follows function. The northerly orientation and semi-open porch were specifically designed to maximise winter sunlight. The construction of the Hamilton Chalet illustrates the town's role within the Western District as a major provider of regional health services.

The Federal Government's concern about the prevalence of tuberculosis (TB) in the community led to a campaign which involved mass X-rays and the construction of chalet sanitoria in capital cities and regional centres. In December 1948 it was reported that 14,000 people had been X-rayed in the Western District. ([ii]) Hamilton was among the earliest country towns to construct a chalet sanitorium, PWD drawings held in Hamilton (former Glenelg District) Base Hospital archives date from August 1943. Later PWD mechanical drawings are dated 1945 and show the Chalet as it is now. ([iii]) A custom-built chalet at Horsham opened in 1948 is reputedly of similar design. ([iv]) Following the success of the anti-TB camapaign, these chalets were handed over to local hospital boards. Hamilton District Base Hospital, the current owner of the Chalet, plans to convert it into a physiotherapy clinic.

The building survives remarkably and significantly intact. It is in fair condition. The Chalet dominates the streetscape with its siting. The planting associated with The Chalet confirms its European origins.

[iii] The 1943 sketch, although somewhat different from the present building, is identifiably the same.