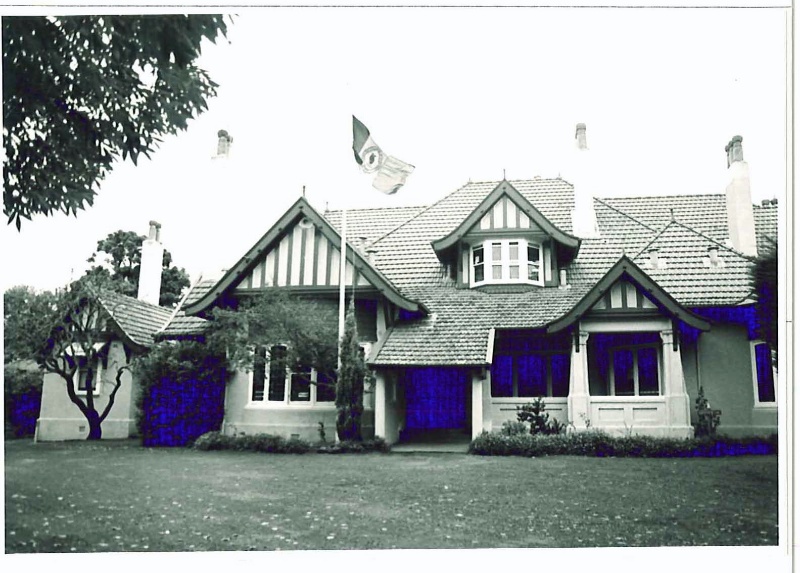 SIGNIFICANCE: »Built for mayor, Leslie Jenner, the massing, materials and period garden of Myrniong distinguish it as the best Federation style house in Hamilton and an important example in Victoria.

Myrniong is of state significance for its architecture and its garden. It is of regional significance for its historical associations both with its first owner, Leslie Jenner and its present use as the Alexandra College. Jenner, a gentleman of private means, was married to the daughter of Sir Frederick Sargood and was his partner. ([i]) He was mayor in 1910-11. His time at Myrniong was brief and in 1919 he sold to E B Noske of Moutajup, a conservative pastoralist of German extraction. ([ii]) Briefly, after the Second World War, Myrniong was used to accommodate American airmen. ([iii]) The Alexandra College bought the mansion in 1956 with 33 acres to house senior boarders and where, after amalgamating with the Hamilton and Western District College, it became the primary school. ([iv])

Myrniong may have been designed by the architect Henry Kemp who, with Beverley Ussher, was responsible for the 1904 design of Eildon, 34 Thompson Street. ([v]) At least on stylistic grounds the design can be attributed to Walter Butler who was active in the Western District. ([vi]) He had designed Blackwood, near Penshurst, in 1891. He designed extensions to Murndal, at Merino, in 1906. ([vii]) English born and trained, Butler was a critical link between the Queen Anne style and the full flowering of the Australian Federation style. Butler worked in association with several key architects including Kemp and for many elite clients during his long and distinguished career. He also considered himself to be a landscape architect. ([viii]) Myrniong's garden, although now compromised by modern school buildings and facilities, is particularly significant for its individual trees and avenues. Some are both rare and especially fine specimens.

Myrniong, both house and garden, survives significantly and is in excellent condition.

[vi] The timber peg details in the gables are identical to those at Murndal.