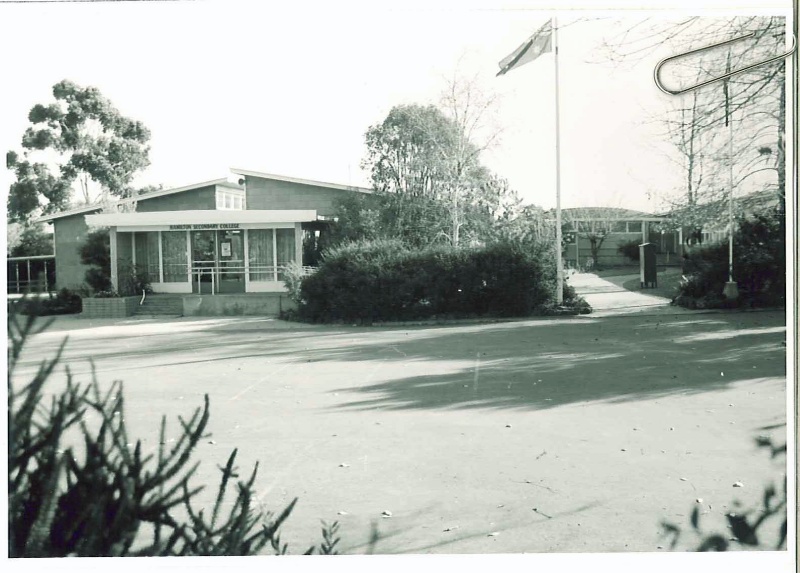 This building, opened in October 1964, ([i]) has local significance for its architectural interest as an example of a school design by the Melbourne firm, A V Jennings Pty Ltd, and for its importance in the history of technical education in the Western District region. It was the first full scale technical school in the Hamilton district and later provided post-secondary training in such areas as wool classing, and farm mechanics, ([ii]) a boon to Western District farmers and wool producers.

The Technical School has associations with the origins of technical education in Hamilton, which began in 1906. An unofficial school for motor trade apprentices was held in the late 1940s at Ansett Motors (now Wannon Motors) in Gray Street and later in the Showgrounds. From the 1930s, Hamilton High School had a considerable involvement, opening a technical block in the early 1950s. In 1958 a new wing was built on the other side of Mt Baimbridge Road which became the nucleus of the present Technical School in 1961. ([iii]) This later became co-educational, had a TAFE (Technical And Further Education) function, providing some post secondary technical training. ([iv])

The school is significantly intact and in good condition.