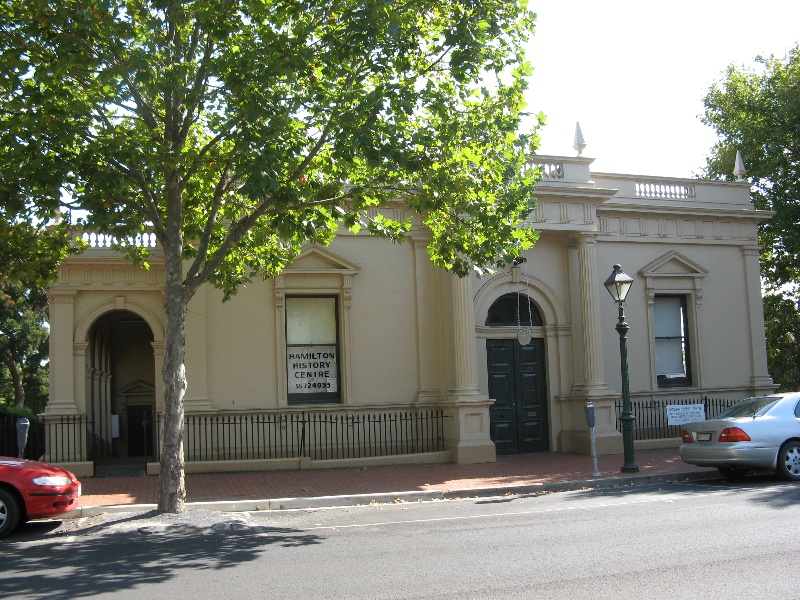 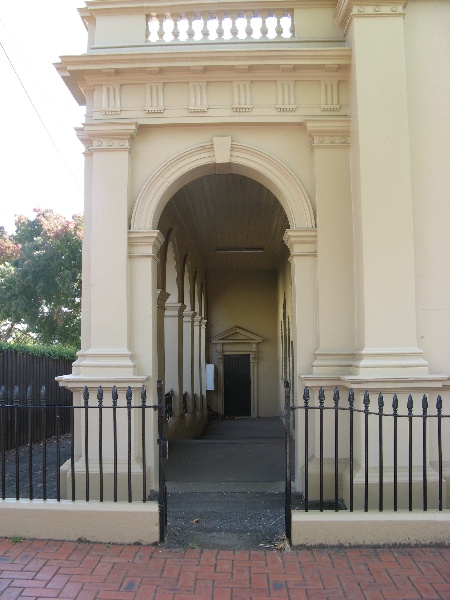 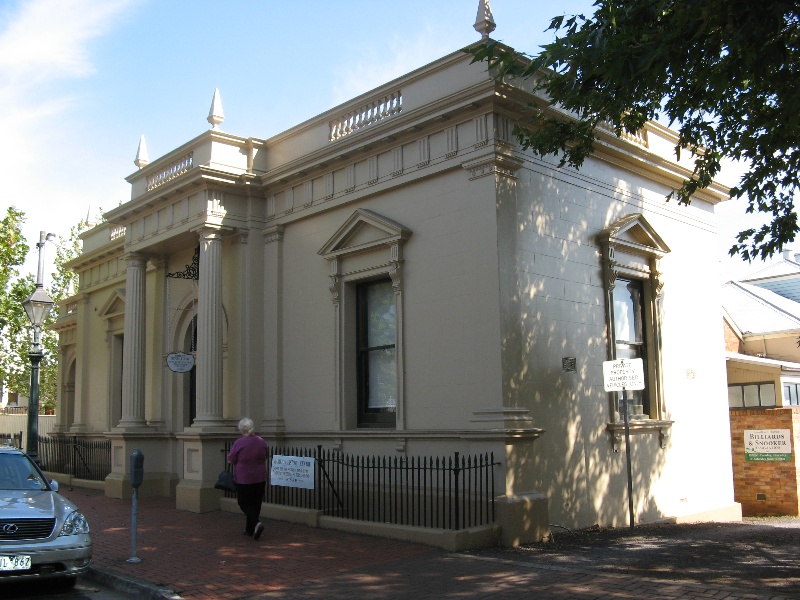 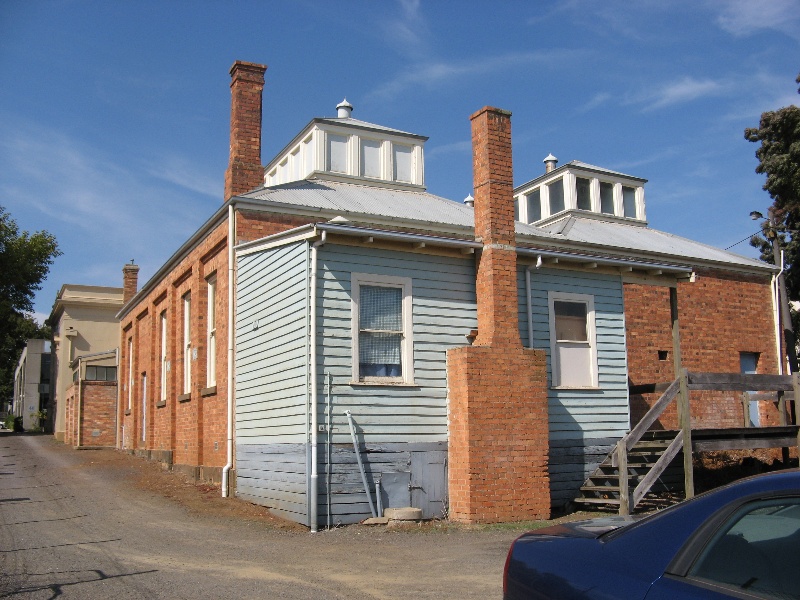 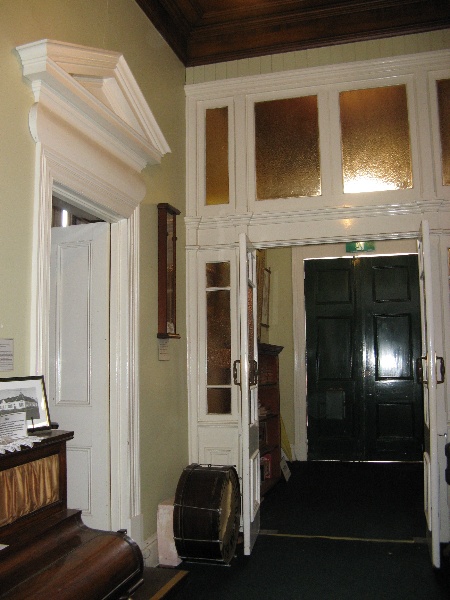 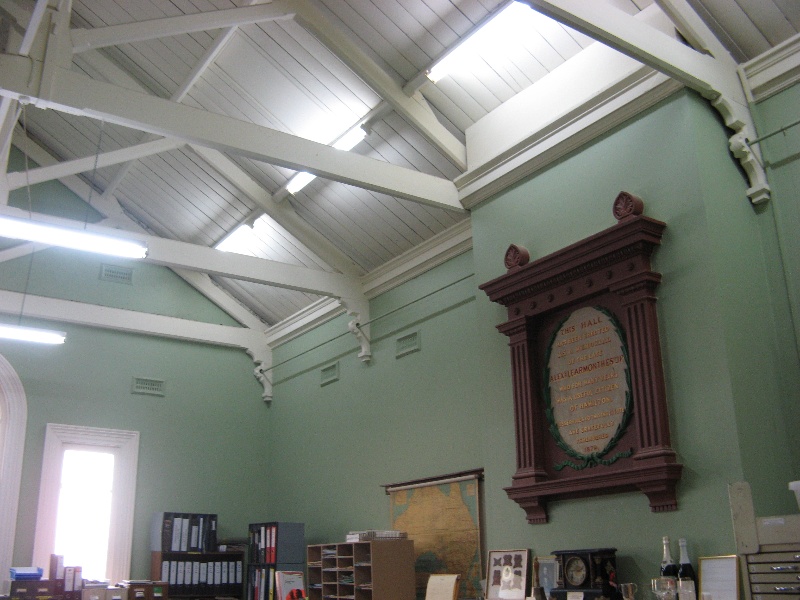 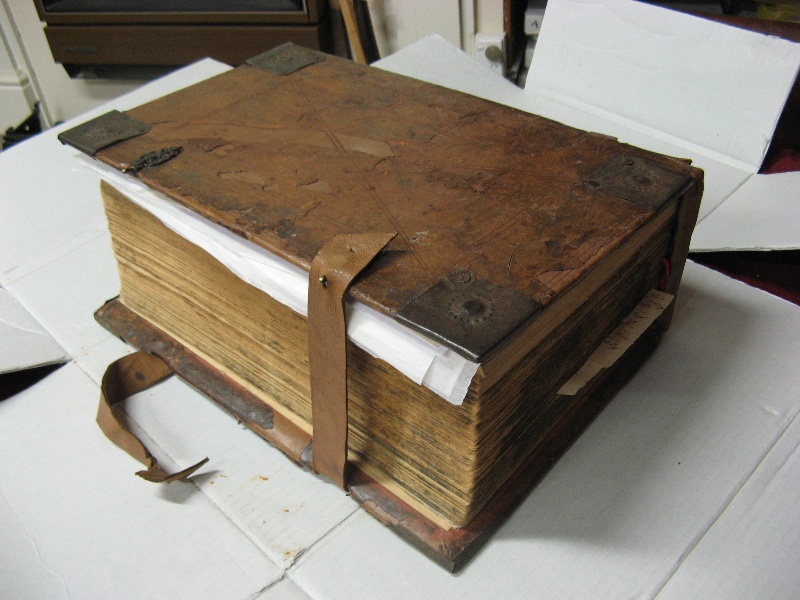 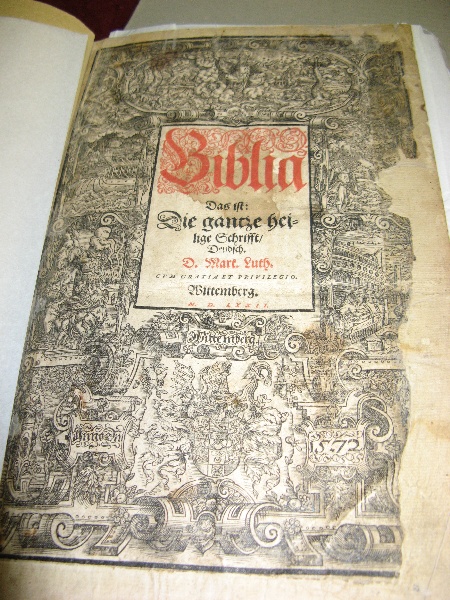 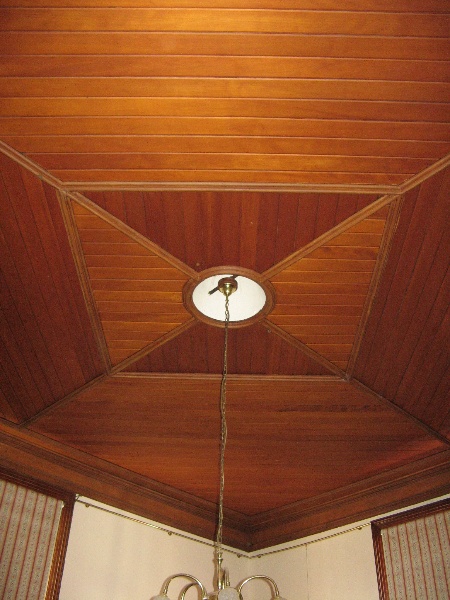 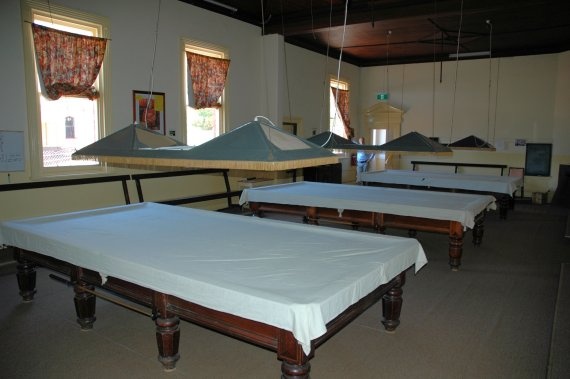 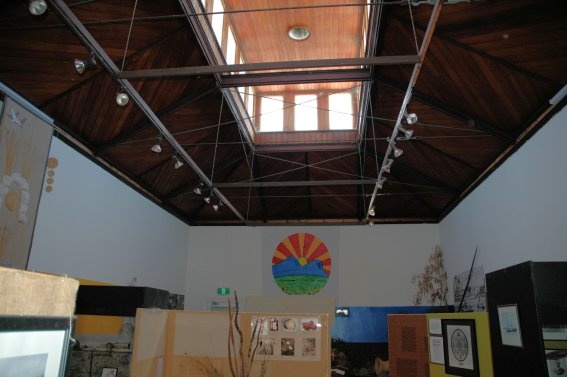 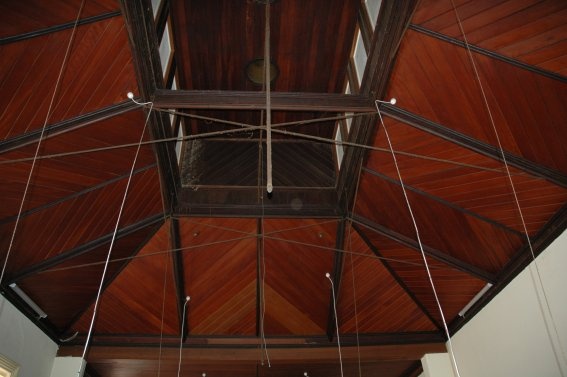 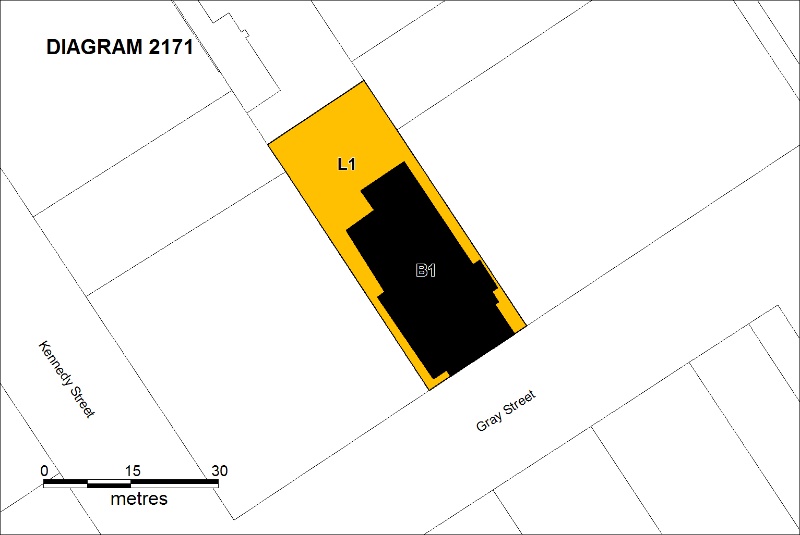 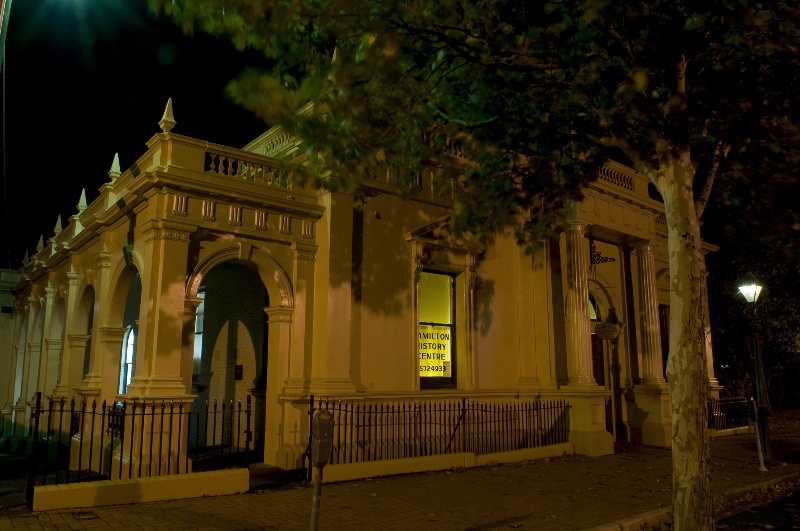 The Hamilton Mechanics Institute was founded in 1859 and the present building was constructed in stages between 1869 and 1903. The Institute was granted a block of land in Gray Street in 1859, but meetings were held at first in a private house and in rented rooms. The first building was a lecture hall designed by the architect JS Jenkins and constructed in 1869. In 1872 this was extended to designs by the local architect William Smith, with a Free Library built west of the lecture hall and separated from it by a wide hallway. At the same time the facade of the 1869 building was demolished and a new facade added across the entire building. In 1879 a large room costing £500 was built behind the two existing rooms with funds collected for a memorial to Alexander Learmonth, a Hamilton businessman and an original trustee of the Institute. A mural tablet was placed over the fireplace of the new room with an inscription to the memory of Learmonth. In 1903 two large rooms with lantern lights above were added at the rear of the building at a cost of approximately £1200, to the design of the architect, town clerk and engineer Frank Hammond. One of the rooms was used as the billiard room and reading room and the other was intended as an art gallery and museum. Works were also undertaken at this time to the front of the building, which probably included the addition of the arcade leading down the west side of the building to the new rooms at the rear. The Mechanics institute has played an important role in the history of education in Hamilton, and in 1906 the first classes of the Hamilton Technical School were held there.

The Hamilton Mechanics Institute is a single storey rendered Renaissance Revival style building with a balustraded parapet hiding the corrugated iron roof. A shallow Doric porch marks the entrance, and there is a single window on each side of the entrance, a fine Doric arcade down one side leading to the rooms at the rear, and a cast iron palisade fence across the front. The two rooms at the front are separated by a wide hallway, all with fine timber ceilings, and behind these is the Learmonth Memorial Hall. At the rear are the billiard room, with three billiard tables, and the room now used as the Aboriginal Keeping Place, both with timber ceilings with lantern lights above.

Hamilton Mechanics Institute is of architectural and historical significance to the state of Victoria.

The Hamilton Mechanics Institute building has historical significance as a demonstration of the wealth of western Victoria, and of the aspirations and commitment of the local community in raising the funds to construct such a fine building, in the nineteenth and early twentieth centuries. It is significant for its strong association with the Mechanics Institute movement and the important role this played in the intellectual, cultural and social development of Victorians throughout the latter part of the nineteenth and the early twentieth century.