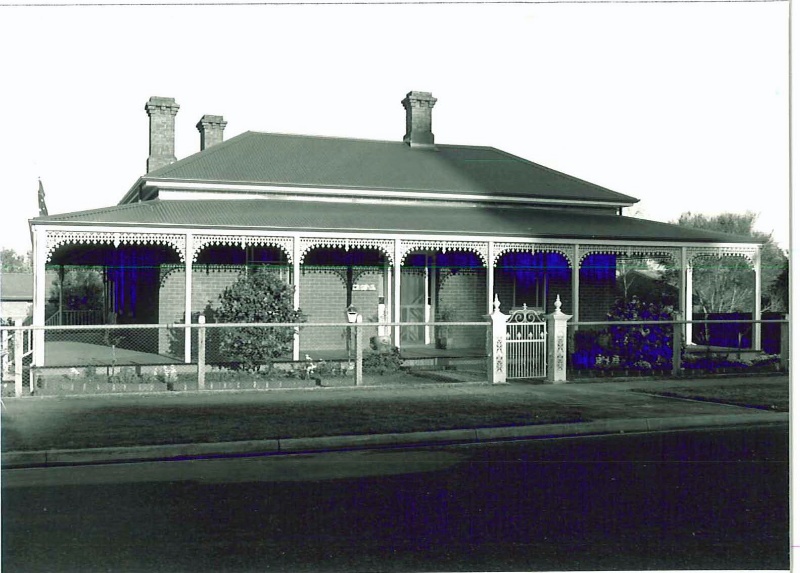 SIGNIFICANCE: »Built in perhaps three stages, Ivanhoe was the home of J Walpole, controversial Shire Clerk and a director of the Hamilton & Western District College opposite; a fine representative example of middle class housing in Hamilton.

This house is of local significance for its historical associations and its architecture. Built in perhaps three stages, Ivanhoe was the home of John Walpole, Shire Clerk and a director of the Hamilton & Western District College opposite and Alexandra College. ([i]) A fine representative example of middle class housing in Hamilton. Walpole was a barman and book-keeper at the Hamilton Inn when he became part-time Secretary to the new Hamilton Roads Board in 1859. ([ii]) He bought three blocks of land in 1861 and built Ivanhoe, probably soon after, on two of them. He was Town Clerk from 1867-72. ([iii]) Walpole was on he side of the Selectors in the 1860s, being a member of the Hamilton Free Selectors and Farmers League and campaigner for easy payments and conditions. ([iv]) His suicide in 1877 was the most dramatic event in the history of the Shire of Dundas when his chaotic book-keeping lead to manipulation of the Council's funds and an inexplicable discrepancy. ([v])

The house appears to have been built in three stages. The first was by Walpole in the 1860s as a standard symmetrical cottage. The second was a modernization in the 1870s, either before or after the financial discrepancy was discovered which included a new verandah with cast iron details. The last stage was the construction of a side bay with a projecting gable and unusual sliding shutters. This is in the Federation style. ([vi]) The house remains substantially intact and is in excellent condition. It is an important foil to the College opposite.

[vi] The house is described on the Hamilton Sewerage Authority Plan No 33 as weatherboard.