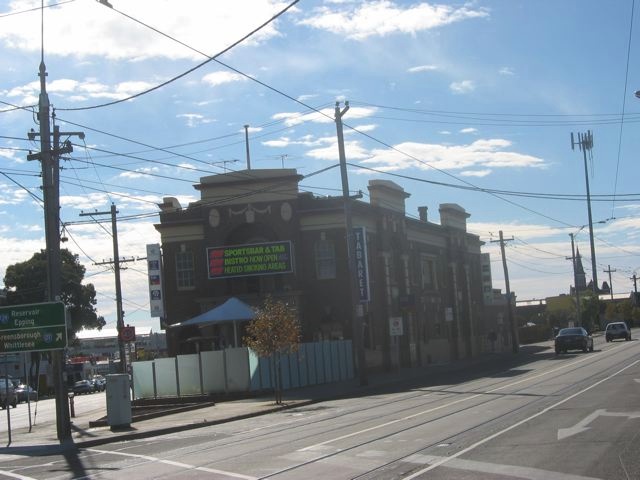 What is significant?
The Junction Hotel at 2-4 High Street, Preston, designed by Joy & McIntyre and built by 1926, is significant. It is an Inter-war hotel in the Free Classical style built on a wedge of land created by the junction of Plenty Road, with High Streets in Preston. Its prominent site and its architectural character make it a landmark in the district, particularly when approaching this junction along Plenty Road from the south.

Later alterations and additions to the building are not significant.

How is it significant?
The Junction Hotel at 2-4 High Street, Preston is of local historic and architectural significance to Darebin City.

Why is it significant?
Historically, the Junction Hotel at 2-4 High Street, Preston is significant as a commercial building that is associated with the important phase of development of Preston in the 1920s. It demonstrates the improvements that were made to hotels following the review of hotel licenses by the Licenses Reduction Board in the early decades of the twentieth century. It is also significant for the long associations of this site as a hotel, and provides evidence of the pattern of stopping places along an early transport route through Darebin in the nineteenth century. (AHC criteria A.4)

Aesthetically, the Junction Hotel at 2-4 High Street, Preston is architecturally significant as a representative example of a substantial Inter-war hotel, designed in the Free Classical style, a style popular for hotel buildings of the period. The building is finely detailed and addresses its prominent corner site in a dignified and well designed manner. (AHC criterion F.1)