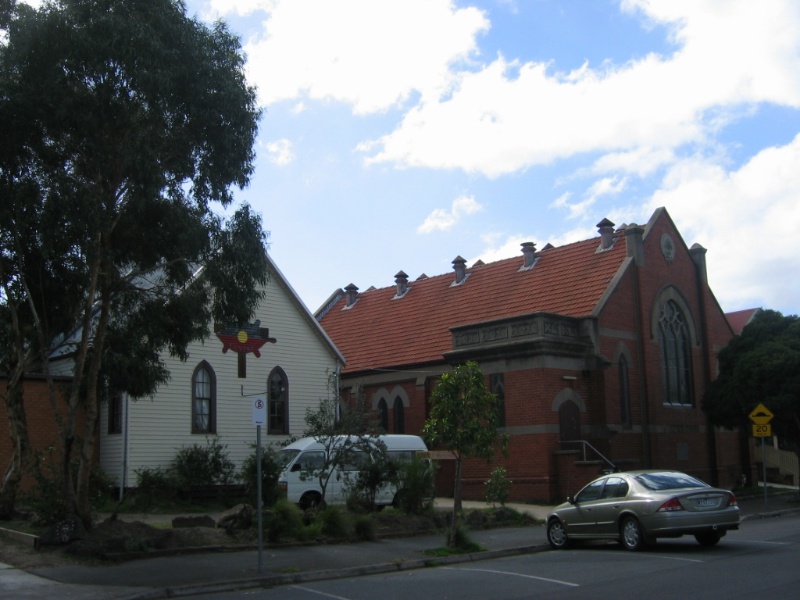 What is significant?
The Thornbury Uniting Church complex and Minajalku Centre at 7-15 Rossmoyne Street, Thornbury. The following elements contribute to the significance of the place:

- The Church, designed by Harry Norris, and constructed in 1924.
- The Kindergarten, constructed in 1917 and extended in 1919
- The former Sunday School Hall (now the Minajalku Centre), comprising the original hall, and the additions made in 1914 and 1935.

Additions/alterations and buildings dating from after 1945 are not significant.

Why is it significant?
The Thornbury Uniting Church complex is of local historic, social and architectural significance to the City of Darebin.

How is it significant?
Historically, it is significant as tangible evidence of the significant growth of the Thornbury community during the first half of the twentieth century. It has social significance as the centre of worship for the Presbyterian and now Uniting church congregations for almost 100 years. The church is significant for its associations with the noted architect, Harry Norris, as a rare example of a church erected to his design. (Criteria A, G & H)

The Minajalku Centre is historically and socially significant as tangible evidence of the growth of the Aboriginal community in Darebin during the mid to late twentieth century and demonstrates the strong connection between some Aboriginal communities and Christian churches in Australia. It has important associations with prominent Aboriginal christian groups including the Aboriginal Evangelical Fellowship and the United Aboriginal Islander Christian Congress. (Criteria A, G & H)

Architecturally, the church is significant as a fine example of an inter-war Gothic church with typical detailing. (Criterion D)