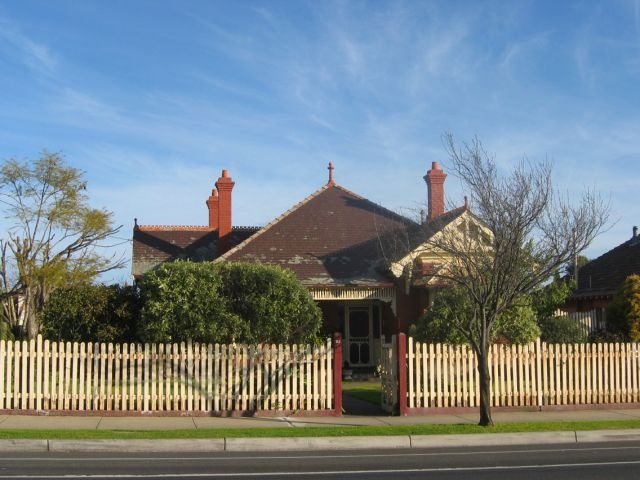 What is significant?
The house known as Somerset, at 93 Cramer Street, Preston, constructed c.1915, is significant. It is a is a substantial single-storey Edwardian villa set back from the street behind a mature garden. The house is built of brick and has a hipped and gabled roof with slate tile roofing. There is a terracotta finial and terracotta ridge capping on the roofs. The tall brick chimneys of the house have terracotta chimney pots. A bay projects towards the street at one side of the street facing elevation and a verandah with a timber frieze and brackets continues across the remainder of this facade, and another bay projects from the side of the house. The front door has sidelights and highlights, and the windows are timber double hung sash.

The front fence, outbuildings and later alterations and additions to the house are not significant.

How is it significant?
The house, Somerset, at 93 Cramer Street, Preston is of local historic and architectural significance to Darebin City.

Why is it significant?
Historically, the house is significant as evidence of the first phase of suburban development in this part of Preston in the early years of the twentieth century. Its scale and grandeur, not common in housing in Preston during that period demonstrates the diversity of its residents and their means. (AHC criteria A.4, D.2)

The house is architecturally significant as an unusually substantial brick Edwardian villa, not commonly found throughout Darebin and a good representative example of Edwardian villa design. Its significance is heightened by the house's intactness and good condition. The house has aesthetic qualities as a villa within a garden setting (AHC criteria D.2, F.1)