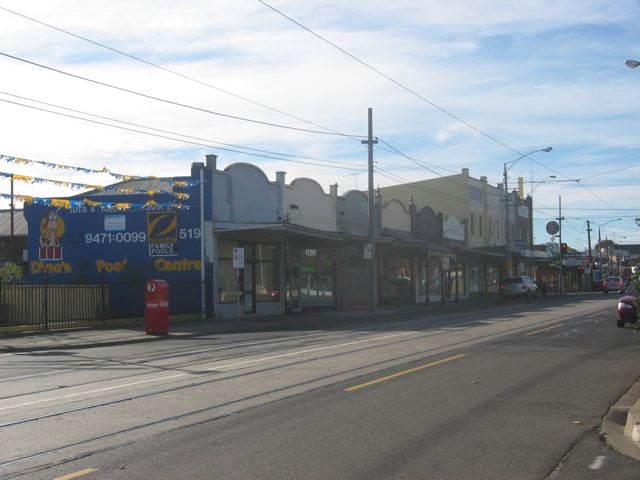 What is significant?
The row of six single storey shops and four double storey shops and residences at 519-41 Plenty Road, Preston constructed from 1926 to 1930 following the opening of the electric tramway service along Plenty Road to Tyler Street in 1920 are significant. The shops are constructed in brick. The single storey shops have rendered parapets with raised semi-circular central sections. The double storey shops have plain parapets and double hung sash windows to the upper elevations. The shops are in good condition. The facades above the awnings are very intactandthe cantilevered awnings appear to be original or early.

Later additions and/or alterations, including the post World War Two shopfronts, are not significant.

How is it significant?
The row of shops and residences at 519-41 Plenty Road, Preston are of local historic significance to Darebin City.

Why is it significant?
The row of shops and residences at 519-41 Plenty Road, Preston is historically significant as a representative example of an inter-war shopping strip. The shops provide evidence of the suburban expansion of Preston during the 1920s development boom and illustrate the strong associations between the development of commercial centres and public transport in the early to mid-twentieth century. (AHC criteria A.4, D.2, H.1).
Show more
Show less
All information on this page is maintained by Darebin City. Click below for their website and contact details.