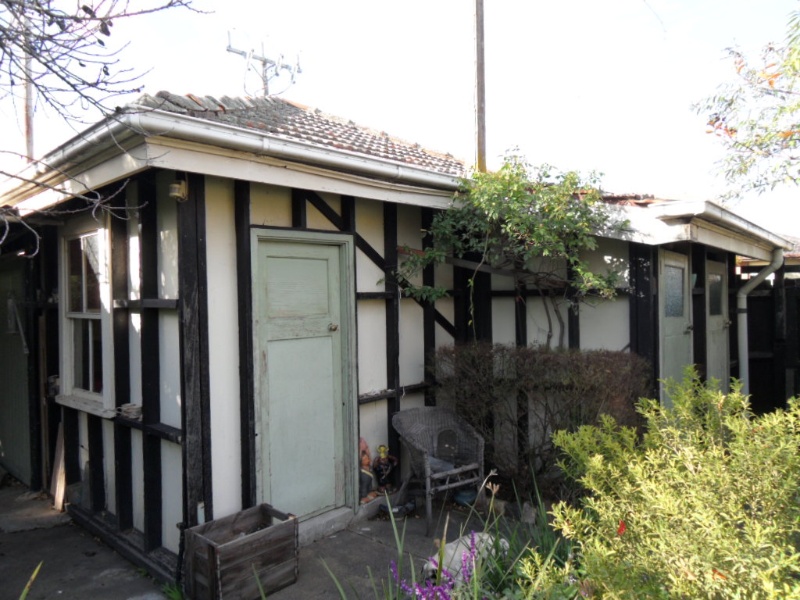 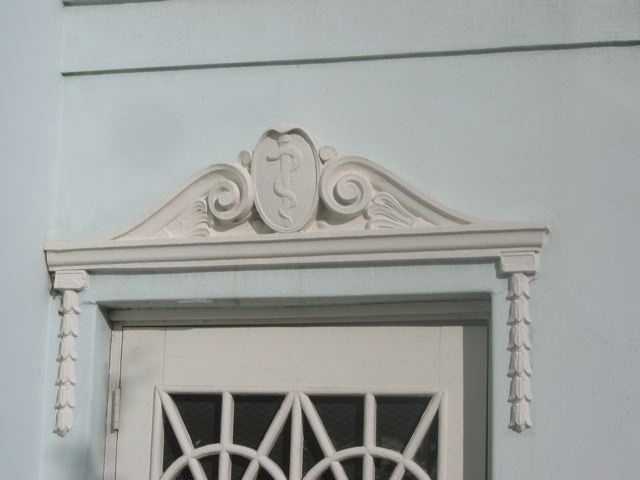 What is significant?
The former Lear House and Surgery, built for Dr Darcy C. Lear at 572 Plenty Road. It was designed by architect Harold Desbrowe-Annear and built 1932-33, just prior to the architect's death in June 1933. It is a substantial two-storey building, which fronts the two streets of its corner site with minimal setbacks and no fence between the footpath and house. It steps down to a single storey wing at the rear, along the Josephine Grove frontage.The house is designed in the Georgian Revival style, and exhibits common features of this type, including its rectilinear massing, formal and symmetrical facades, use of a Palladian window above an entrance porch and Adamesque detail to the exterior and interiors, and Desbrowe-Annear's signature three-sash French windows with a fixed bottom sash to exclude dust and flies. The former uses of the building are indicated by the two entrances. On Plenty Road is a flat-roof entrance porch. Above the doorway is a Rod of Asclepius, indicating a medical use. The residential entry off Josephine Grove is recessive, located within a recessed porch which can be closed off with sliding screen doors. Mail and milk deliveries could be made directly to the kitchen on this side, through timber hatches which survive.

The interior is highly intact and retains more features typical of Desbrowe-Annear's town houses, including plaster moulding panels to the walls and Adamesque mantelpieces. Other elements have a clear relationship with his earlier Arts & Crafts designs, including the diagonal geometry of the entrance hall, the timber staircase, and the 1st floor fireplace with a salt-glazed tile mantelpiece and hearth. At the east end of the Josephine Grove frontage is a two-car garage, designed by Desbrowe-Annear in the same manner as his widely publicised 'Week-End House' plans of which were published in 1922. It has an external timber frame with cross-bracing, and an internal fibro-concrete lining which is visible from the outside. The garage retains one of two original folding ledged garage doors.

How is it significant?
The former Lear House and Surgery and garageat 572 Plenty Road, Preston is of local historic and architectural significance to Darebin City.

Why is it significant?
Historically, the building is significant as it provides evidence of an important phase of suburban development in Reservoir during the Inter-war period both as a dwelling and the provision of an essential service being a medical practice. The use of the building is indicated symbolically by the medical symbol above the surgery entry. It is also significant as a commission by a major architect, Harold Desbrowe-Annear, which is rare in the City of Darebin, and for its associations with Desbrowe-Annear, one of Australia's most important domestic architects. This house illustrates the final years of Desbrowe-Annear's oeuvre, as he died shortly after its completion. (AHC criteria A.4, B.2, H.1)

It is architecturally significant as one of the best examples of inter-war Georgian Revival residential architecture in Darebin, and as a representative example of Harold Desbrowe-Annear's town houses, most of which were built for wealthy clients in Toorak and South Yarra. The significance is enhanced by the high level of intactness, external and internal. The interior of the house is also representative of the Georgian Revival town houses, mixed with the Arts & Crafts details and diagonal planning that Desbrowe-Annear is best known for. (AHC criteria F.1)

The garage both adds to the architectural significance of the site and is of significance in its own right as a very rare surviving example of the externally-framed 'Week-End House' that Desbrowe-Annear publicised in For Every Man His Home (1922). While he built an example for himself in Crossover (c1927), this was destroyed by bushfires. The garage is highly intact, apart from the replacement of a garage door, and even retains its original black paint finish. (AHC criteria B.2, E.2)