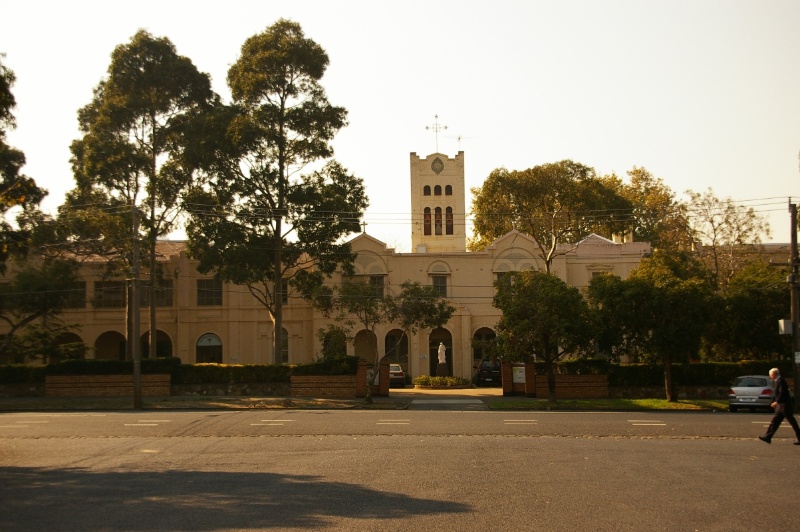 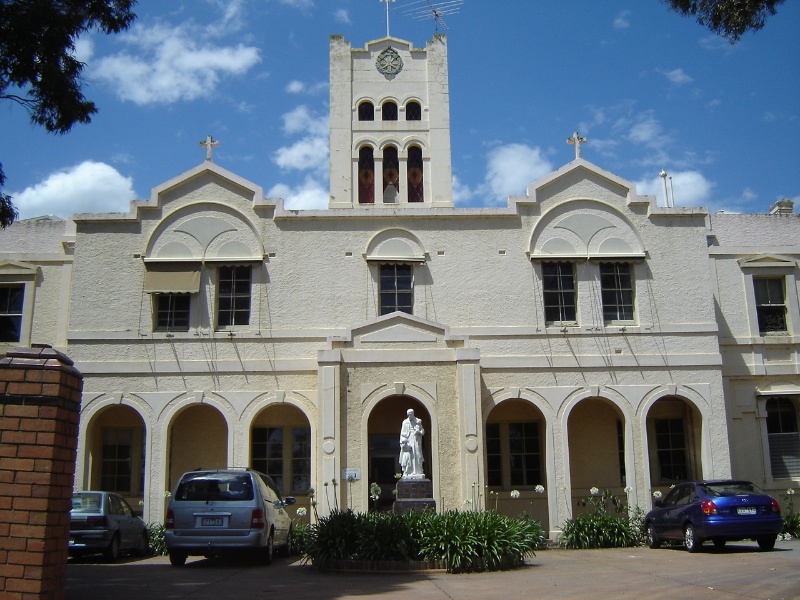 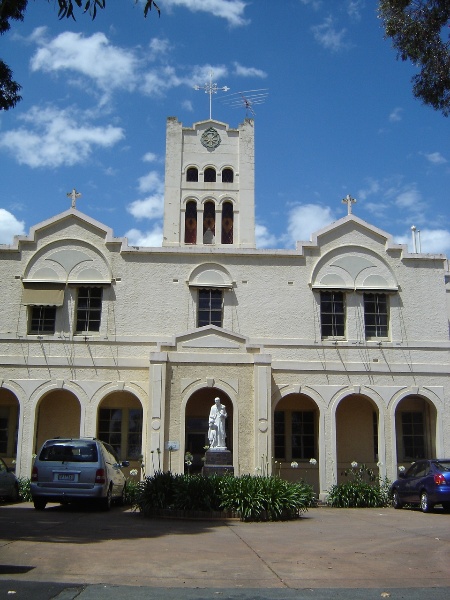 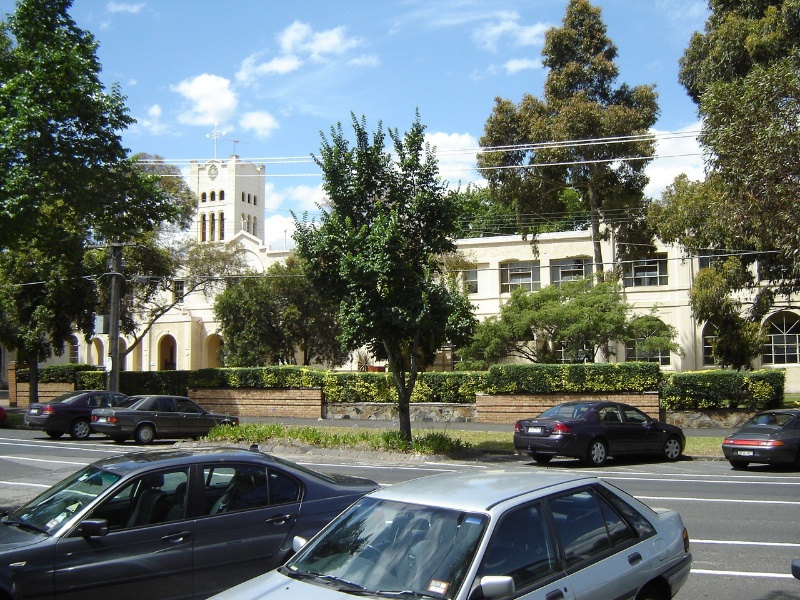 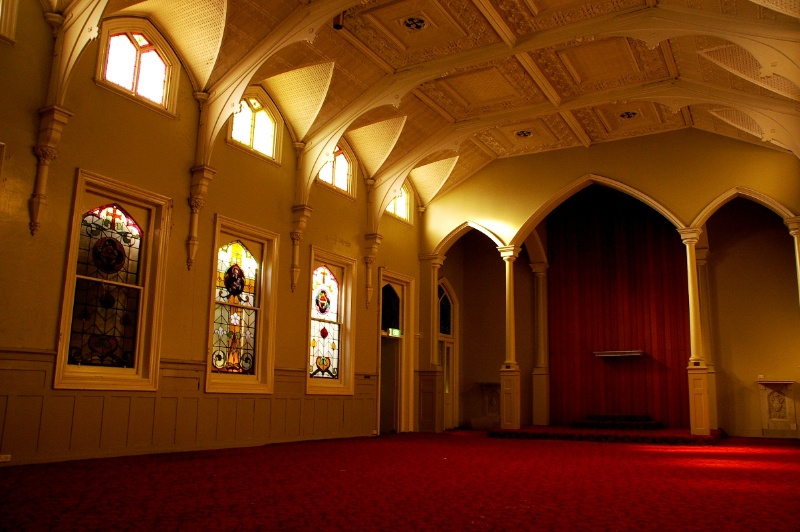 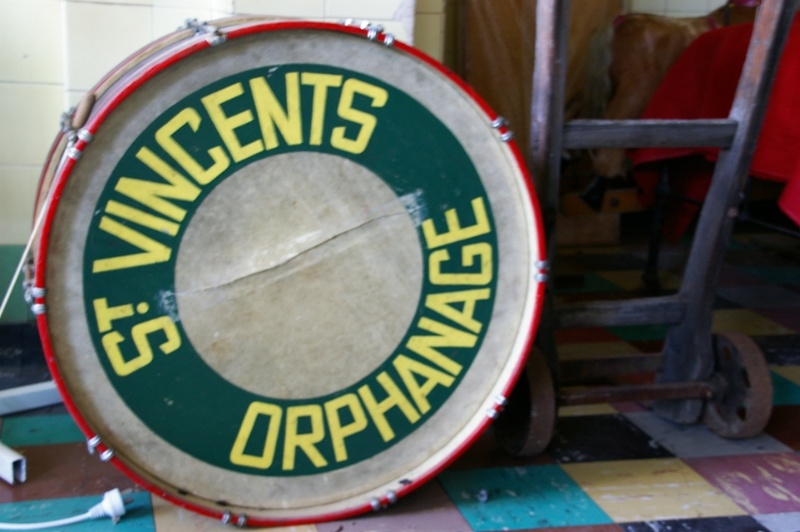 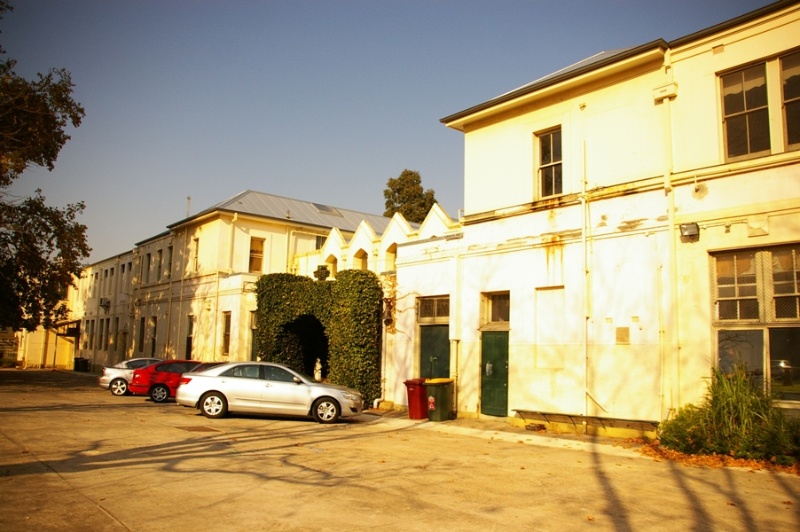 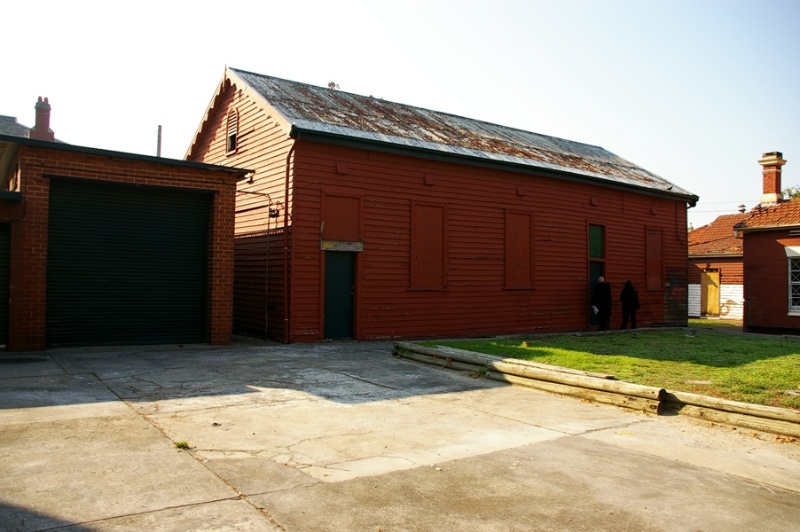 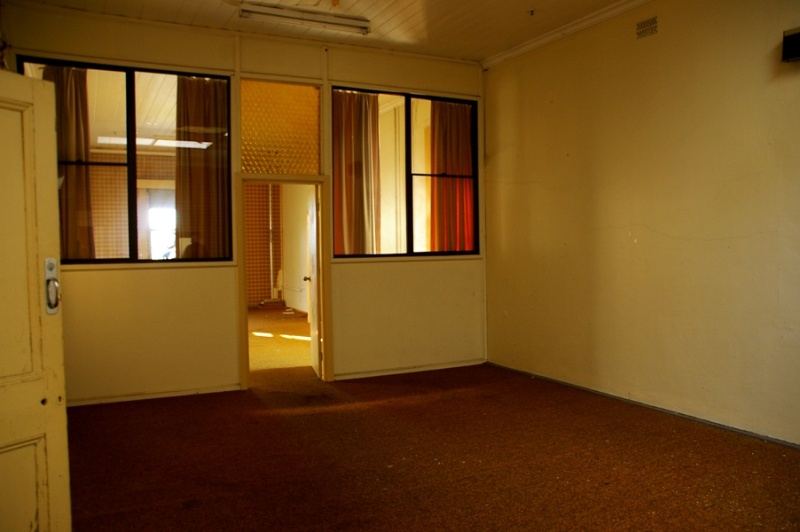 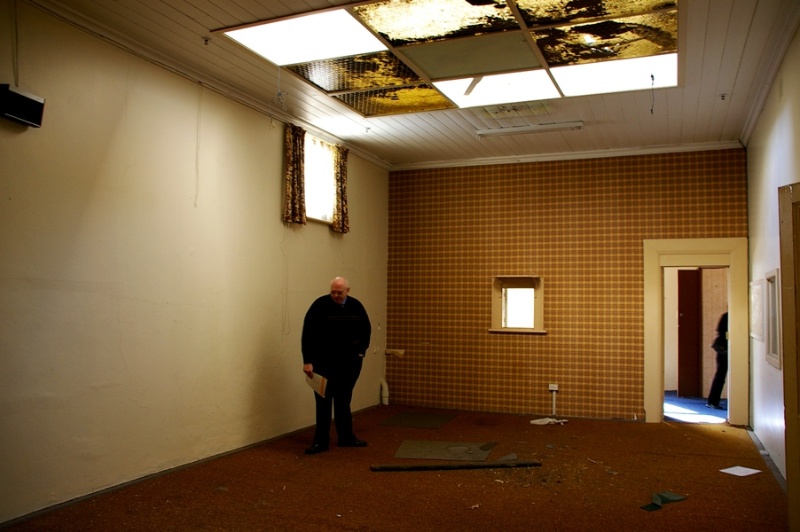 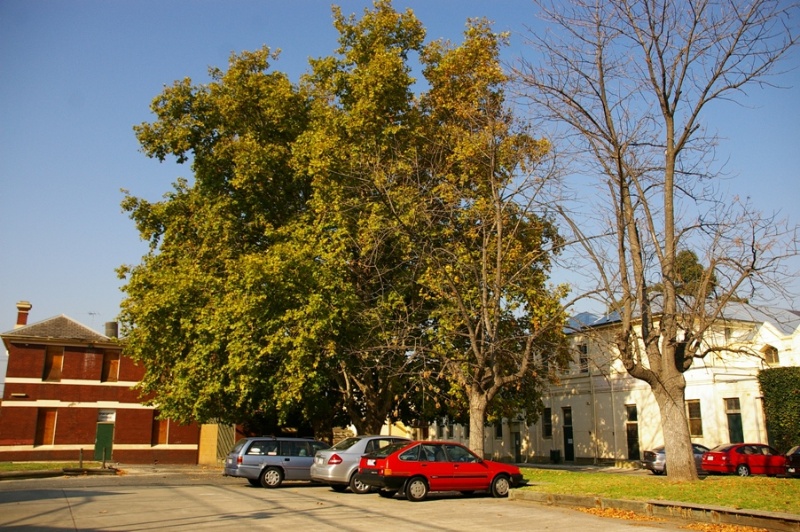 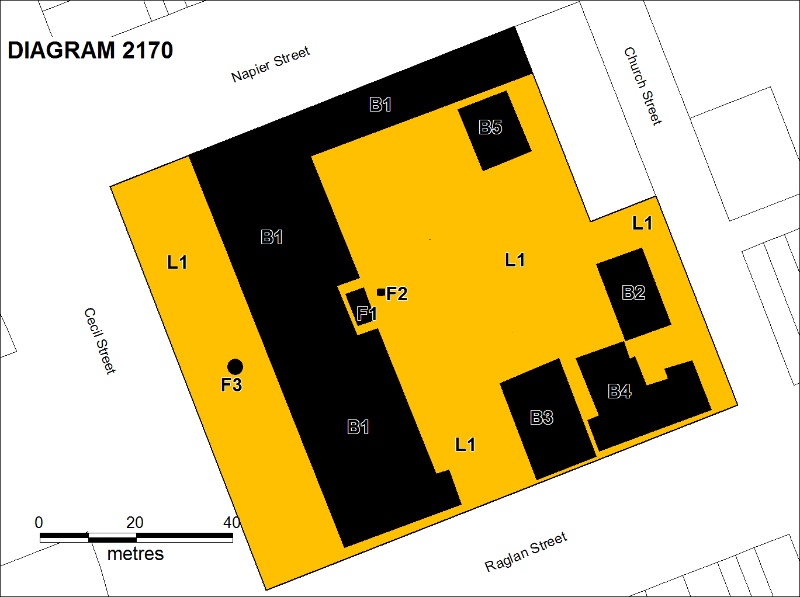 The St Vincent de Paul's Boys' Orphanage, South Melbourne, was opened in 1857 in response to the growing need for welfare institutions for underprivileged Melbourne children. The institution reflected a sense of duty felt by Victorian Catholics to care for and ensure a proper religious upbringing for the destitute children of their faith.

Soon after the establishment of the first Victorian branch of the St Vincent de Paul Society in 1854, the Catholic Vicar-General petitioned for a permanent site to be granted for a Catholic Orphanage in Melbourne. In June 1855, a two-acre site was reserved on the corner of Cecil and Raglan Streets, Emerald Hill, as South Melbourne was then known, and £600 granted towards the cost of the building. The architects George and Schneider envisaged the orphanage in an Italian style, boasting a tower above the central building, and separate wings containing dormitories and schoolrooms on either side for girls and boys. However, the first thirteen boys to arrive in 1857 found themselves living in somewhat less grand conditions, as the girls' wing, bathrooms, laundry and kitchen were not completed until mid-1858, and only by a government grant. By October 1858, there were 60 boys and girls living at the Orphanage and, with complete gender segregation proving difficult in a shared building, management applied for land to establish a separate girls' orphanage.

In 1861, the Sisters of Mercy took over the management of the orphanage, moving the girls to the neighbouring St Vincent's Girls Orphanage (VHR H1531) in 1864. Two large wings were added to the Cecil Street frontage in 1868 and 1869 and in 1874, the Christian Brothers replaced the Sisters of Mercy at the Boys' Orphanage.

A typical routine for the boys in the late 1860s consisted of rising at 6am, a 6.45 am prayer session, domestic duties and breakfast from 7.30 and school between 9.30 and 4 pm. In addition to their schooling, the boys would spend time mending and gardening and older boys were expected to help care for younger children. Military drills and a drum and fife band were introduced and the St Vincent's Orphanage band gained popularity in the wider community in the early 1900s. Dormitories were cramped, with two rows of beds and a small window at one end through which children could be supervised from the adjoining room.

During both the World Wars and the Depression, the numbers at the overcrowded institution were consistently between 220 and 240 boys. The demand for more bed space resulted in the construction of 'sleep out' balconies on the north and south wings, and a second storey added to the 1855 building. Prior to 1894, a timber hall was constructed at the rear of the site. The chapel, with stained glass windows by William Montgomery, was constructed in 1905 and a grotto added to its external wall in 1935. Discipline measures used during the orphanage's operation include the 'detention plate' in the playground, on which boys would stand as punishment and the 'Green Room', also used for discipline. The Catholic institution was a self-contained world, with the laundry, kitchen, infirmary, schoolrooms and dormitories creating a unique experience of childhood for those that lived there.

After World War II, with the introduction of child endowment and changes in attitudes to child welfare, orphanages began to be replaced by smaller institutions. The Catholic orphanages tended to resist this change, and St Vincent's instead partitioned the larger dormitories into 'flats', allowing for smaller groups of boys to live together. The St Vincent de Paul's Boys' Home, as it was known after 1967, ceased operations in 1997 and continued to be run by the Christian Brothers until then. The building now holds the headquarters of the MacKillop Family Services, a continuum of child welfare from 1857 until the present. At the time of its closure, the institution had housed over 6000 children in 140 years of operation. The former St Vincent's Boys' Orphanage, South Melbourne is of historical, architectural and social significance to the State of Victoria.

The former St Vincent's Boys' Orphanage is of historical significance as the first purpose built Catholic Orphanage established in Victoria, and as one of the oldest remaining orphanage buildings in Victoria. The continued construction of new buildings and additions to older buildings on the site demonstrates its long term usage as an orphanage, and the pressures placed on such welfare institutions until the 1940s. Important features which demonstrate the usage of the place include nineteenth century tiling, the 1905 chapel, dormitories and boys' shower cubicles. Evidence of the disciplinary measures used by the institution includes the 'Green Room' and the 'detention plate' in the central courtyard. The trees and surviving handball court, both from the 1920s, are evidence of the adaptation of central courtyard from marching ground and open space to a recreational area with equipment for use by the boys.

Though it has been substantially altered, the former St Vincent's Boys' Orphanage is of architectural significance as an imposing, Italianate mid-nineteenth century institution. Though not stylistically cohesive, the collection of buildings demonstrates the evolution of the site. Its original form and many features of a large nineteenth century welfare institution are still evident. Such features include dormitories within the 1850s and 1860s wings, a pre-1894 timber building, the 1897 infirmary, the 1905 chapel, the 1925 residence and laundry, the c.1930s kitchen and refectory and the 1940s addition of a facade concealing the 'sleep out' balconies on the Cecil Street frontage to accommodate increased numbers of boys after the Depression.

The former St Vincent's Boys' Orphanage is of social significance for its continued use as an orphanage and child welfare agency. It is important for understanding nineteenth and twentieth century attitudes towards child welfare. It is socially significant for former residents of Catholic orphanages in Victoria to visit .