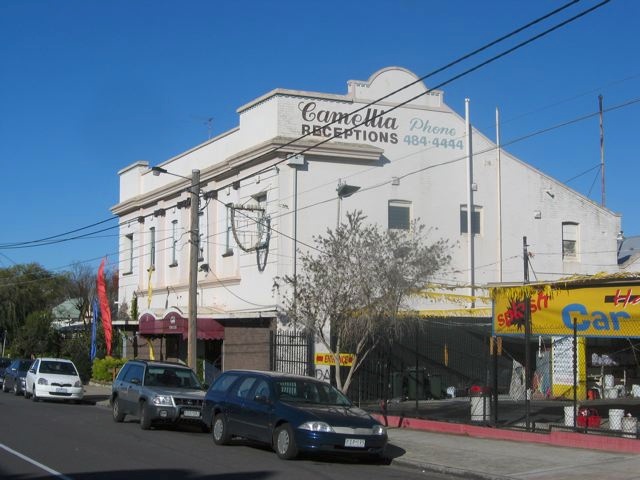 What is significant?
The former United Friendly Societies (UFS) Dispensary at 2 Gooch Street, Thornbury constructed c.1923 is significant. The building was originally one of several friendly society buildings in Darebin used for the dispensing of medicines, meetings and other events, but is now one of the few surviving examples. It is a double-storey brick hall designed in a Free Classical style. It has a shallow set back from its Gooch Street boundary, behind a garden, and a ROW forms its west boundary. The upper part of the facade is relatively intact, although its brickwork has been painted. This upper part of the facade has a central portion that has Ionic-inspired pilasters that form bays with double-hung sash windows with multi-paned upper sashes. These are flanked by slightly projecting bays at each end of the building, which have pairs of double-hung sash windows with multi-paned upper sashes. The building has a high parapet, which is relatively plain. A cornice extends across the facade above the windows and returns along part of the side elevation which steps up to a central arched feature and then down along a steep angled parapet wall.

Later alterations and additions including the Modernist front of the ground floor and the remnant electric signage are not significant.

How is it significant?
The former UFS Dispensary at 2 Gooch Street, Thornbury is of local historic, architectural and social significance to Darebin City.

Why is it significant?
Historically, the former UFS Dispensary is significant as evidence of the activities of friendly societies in Darebin and illustrates the expansion that occurred in the 1920s century, which in a local context was a response to the suburban growth of Thornbury. It is also significant as a representative example of friendly society's dispensary, meeting rooms and hall from the early twentieth century. The significance of the place is enhanced by its rarity value as one of the few UFS dispensaries to survive. (AHC criteria A.4, B.2, D.2, H.1)

The former UFS Dispensary is architecturally significant as a representative and relatively intact example of a friendly society's dispensary, meeting rooms and hall from the early twentieth century, designed in a Free Classical style (AHC criterion D.2)

Socially, the UFS Dispensary is significant to Darebin as a place known, used and valued by the local community (AHC criterion G.1)