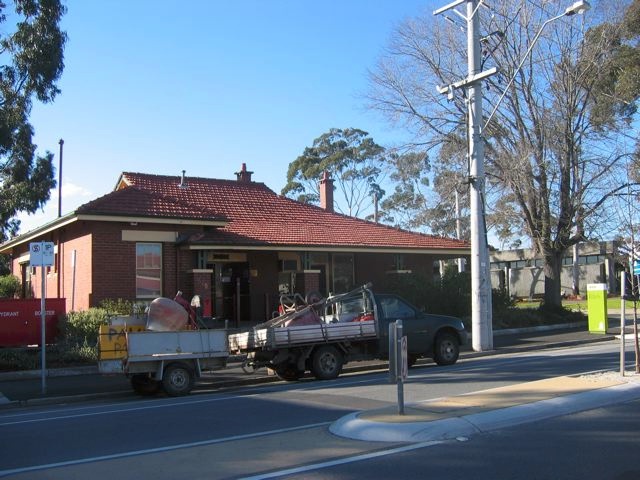 In 1926 the Victorian Department of Public Health established its Infant Welfare Division, making possible the expansion of services, and enabling the provision of purpose-built centres. With the support of Cr. Gilbert Robertson the new Preston Truby King Baby Health Centre was constructed on the Town Hall Reserve and opened on 14 December 1929. It was the second purpose-built Truby King Centre in Victoria (after Coburg, built in 1926) and is notable as the first centre built exclusively for baby health centre use (Coburg was and continues to be shared with the Coburg City Band). In March 1930 Dr Sir Truby King and Dr Springthorpe visited the centre. Such was Preston's growth, that the new Centre was soon seeing a thousand babies a month. Later a free dental clinic for pre-school children was held at the Centre, with the dentists provided by the Dental Hospital

The 1929 Baby Health Centre and the original and early landscaping are significant.

Later alterations and additions to the building are not significant.

How is it significant?
The Truby King Baby Health Centre at 270 Gower Street, Preston is of local historic, architectural and social significance to Darebin City.

Why is it significant?
The Truby King Baby Health is historically significant as a place that is associated with the beginnings of the baby health movement in Victoria and one that pioneered the introduction of these services to Preston at a time when it was experiencing significant growth. It is believed to be the second baby health centre based on the Truby King method to have been established in Victoria and the significance of the place is enhanced by its rarity value as the only centre to be within a building e used exclusively for this purpose. The Truby King Centre is also significant for its association with Dr Sir Frederick Truby King of New Zealand, who became famous worldwide for his promotion of the 'Plunket Nursing system' which advocated a complicated feeding formula and a strict routine for babies. His methods were largely ignored by the Victorian Baby Health Care Association who chose to promote other expert opinions. King is known to have visited this centre early in its operation and provided advice to employees and mothers. (AHC criteria A.4, B.2, H.1)

The Truby King Baby Health Centre is architecturally significant as a representative example of the type of baby health centre erected in Melbourne during the first half of the twentieth century. The design is of note, particularly its domestic scale and character, which was a deliberate intention in order to make the centre inviting to women and children and demonstrates the philosophic association between early baby health centres and domestic housing design (AHC criterion D.2).

The Truby King Baby Health Centre is socially significant as a facility that is known, used and valued by the Darebin community for eighty years. As a baby health centre, the building is socially and culturally important for marking phases in the lives of mothers and infants. Designed to resemble a typical middleclass suburban house, the purpose-built centre was a symbol of domesticity. It was also symbolic of a culturally progressive caring society, a place associated with new scientific ideas, and professionally designed programs designed to improve the health education of women raising families in the developing suburbs. (AHC criterion G.1)