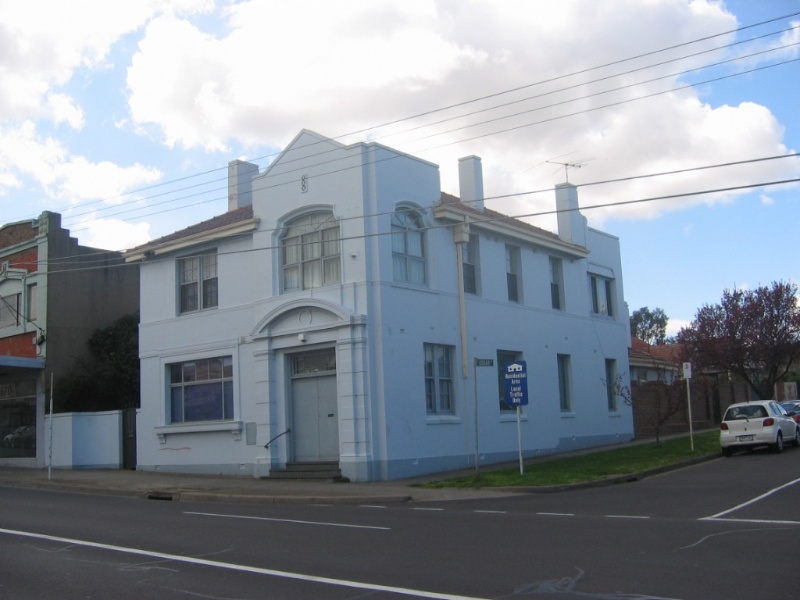 What is significant?
The former State Savings Bank of Victoria at 666 High Street, Reservoir erected by 1930 in a Free Classical style, to a design by prolific bank architects Godfrey & Spowers is significant. It is two-storey, rendered brick, in the Free Classical style with a hipped terracotta tile roof, partially concealed by a parapet at one corner of the building. At the ground floor of this bay is an entrance, in a projecting porch with a segmental pediment, which has a fanlight above its door. To the north of this entrance is a large window that has a projecting sill. On the first floor, above the entrance is a window with an unusual detail of a quadrant extending up from the jambs to form a segmental arch. The window to its north is a standard pair of double-hung sash windows. The south (Edgar Street) elevation is more utilitarian and has had some of its original fenestration removed.

Later alterations and/or additions to the building are not significant.

How is it significant?
The former State Savings Bank of Victoria at 666 High Street, Reservoir is of local historic and architectural significance to Darebin City.

Why is it significant?
Historically, it is significant for its associations with the State Savings Bank of Victoria, which was a major financer of mortgages to Victorians, and through its loans and other services enabled many Victorians to become homeowners. It is a representative example of the suburban branches of the bank that were erected during the inter-war period when the bank experienced a period of significant growth. The establishment of this branch c.1930 is associated with an important phase growth of residential development in Reservoir at this time and is one of several former branches of the bank that remain in Darebin. It is also significant as an example of the work of Godfrey & Spowers, architects who designed many State Savings Banks in the inter-war period. (AHC criteria A.4, D.2, H.1)

Architecturally, it is significant as a representative example of a suburban branch of a bank built in the Free Classical Style, which illustrates the trend in bank design during the iner-war period away from historic styles and towards Modernism. (AHC criteria D.2, F.1)