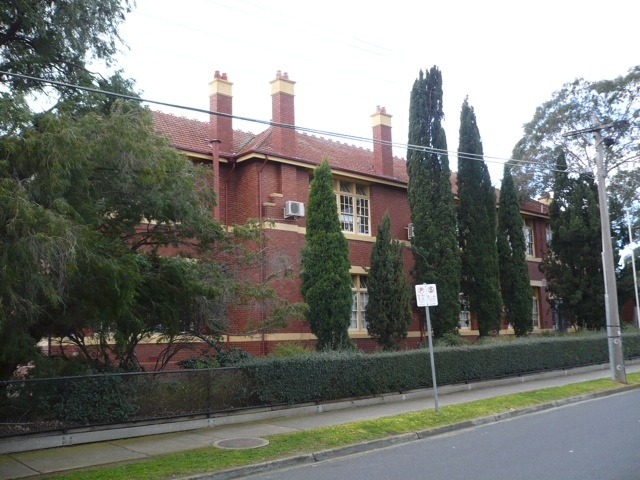 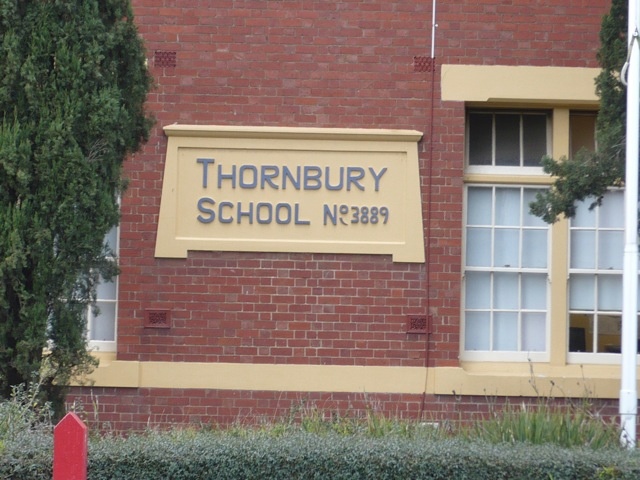 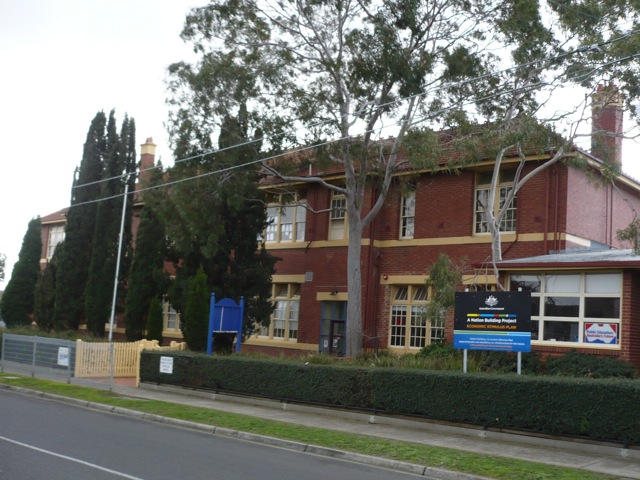 What is significant?
Thornbury Primary School No.3889 was opened on 2 August 1915. It had eight classrooms and was designed to accommodate 599 children. By 1917 the school was already overcrowded and the school experienced huge post-WWI growth with enrolments reaching 1135 in 1926. Additions during the 1920s included a caretaker's cottage in 1922, an extension to the original building in 1925, and the erection of temporary 'pavilions'. The school became a hospital during the disastrous influenza epidemic that followed the First World War and a kitchen and laundry were built for hospital purposes. These became classrooms after the war. The following elements contribute to the significance of the place:

- The 1915 school building and pre-World War Two additions. The design of the school is typical of the Education Department's suburban schools of the early twentieth centruy, being two-storey in red face brick with a hipped roof clad in terracotta tile roofing and tall red brick chimneys with rendered tops and terracotta chimney pots. A rendered band extends across the facade level with the sills of both the upstairs and downstairs windows. The windows on both levels are timber frame double-hung sash windows (multi-paned on both sashes) with a pivot window at top with three-panes.
- Italian Cypresses (Cupressus sempervirens) situated between the school and Hutton Street.

The post-WWII additions, boundary fences and other vegetation are not significant.

How is it significant?
Thornbury Primary School No.3889 is of local historic, architectural and social significance to Darebin City.

Why is it significant?
Historically, Thornbury Primary School No.3889 is significant as a school associated with the significant growth in Thornbury during the inter-war period, which is reflected in the various additions and alterations made within a decade of its opening in 1915. It is also historically significant for its use as a hospital during the influenza outbreak at the end of World War I. The mature plantings in the school yard provide evidence of Arbor Day, an important event in the lives of school children in the early twentieth century. (AHC criteria A.4, D.2, H.1)

Thornbury Primary School No.3889 is architecturally significant as a representative example of an early to mid-twentieth century school complex. (AHC criterion D.2).

Socially, Thornbury Primary School No.3889 is significant as an educational facility that has been known, used and valued by the Thornbury community for over ninety years (AHC criterion G.1).