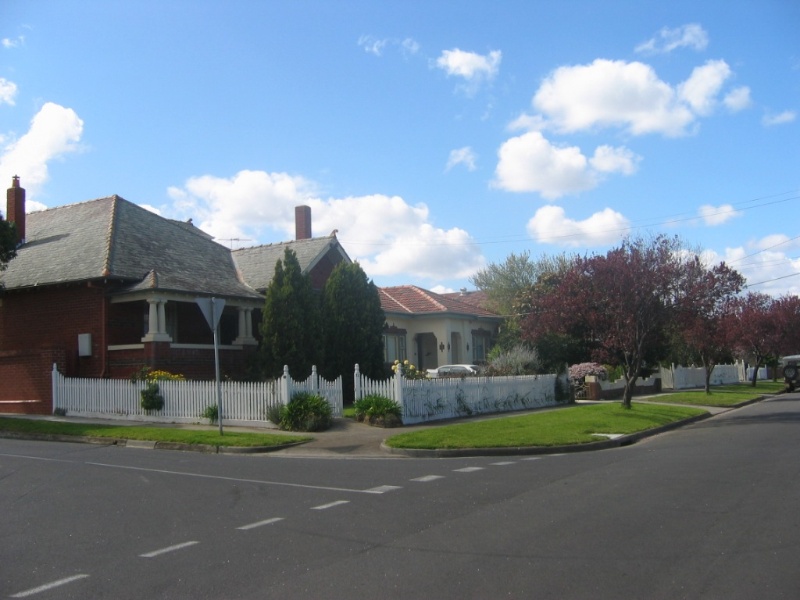 What is significant?
The Edgar Street Precinct comprises the houses at 2-18 Edgar Street, Reservoir on the north side, between High Street and Arlington Street. It is an inter-war residential subdivision that developed quickly during the second half of the 1920s - the first houses were erected by 1925 and the street was fully developed by 1930. The following elements contribute to the significance of the place:

- The inter-war houses, which are largely intact to the main facades as viewed from the street, and the extent to which development in one short period is apparent.
- The detached garden siting with consistent setbacks from street boundaries.
- The brick house at No.12, which is a substantial brick villa with a slate tile roof that extends down to form the roof of the front verandah, which is supported by paired concrete columns.

Non-original alterations and additions to the contributory houses and other buildings are not significant.

How is it significant?
The Edgar Street Precinct in Reservoir is of local historic and aesthetic significance to Darebin City.

Why is it significant?
Historically, the Edgar Street, Precinct in Reservoir is significant as evidence of the rapid residential development in Preston and Reservoir in the decade after the electrification of the nearby Whittlesea Railway Line, which provided fast and efficient transport from Melbourne's middle and outer-ring suburbs to the city. The housing in the precinct is characteristic of medium scale suburban housing of the inter-war period. (AHC criteria A.4 &D.2)

Aesthetically, the Edgar Street Precinct in Reservoir is significant as a representative example of an early twentieth century residential subdivision. Its aesthetic qualities include the wide street, and its medium scale, but well designed Californian Bungalows, set back from their street boundaries behind mature gardens. (AHC criterion E.1)