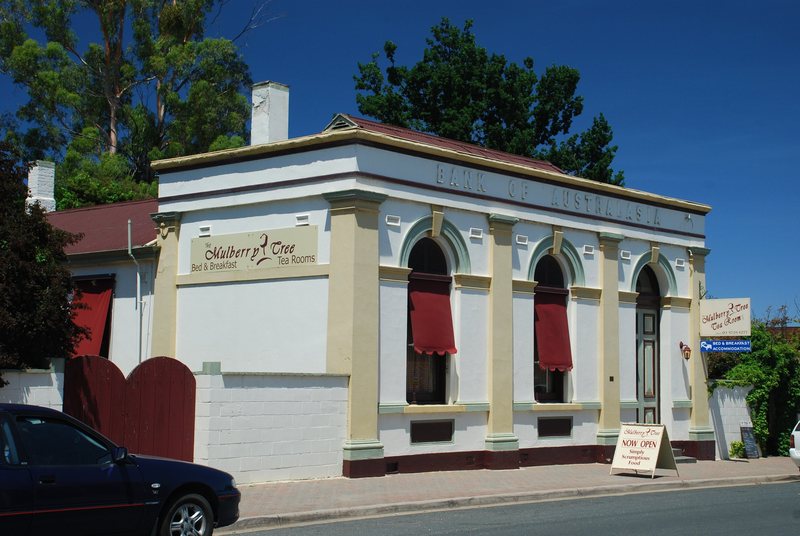 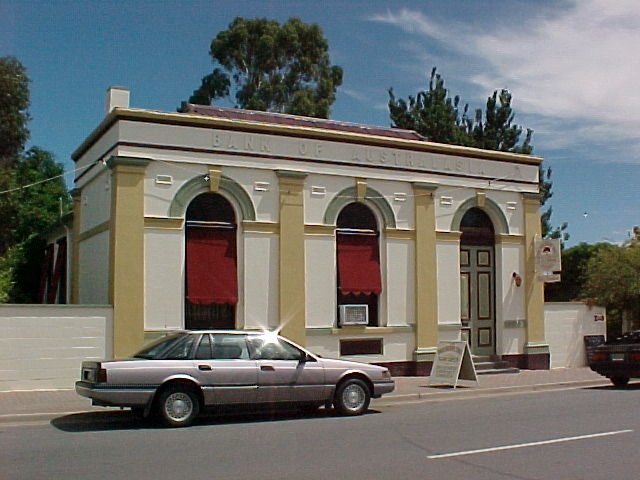 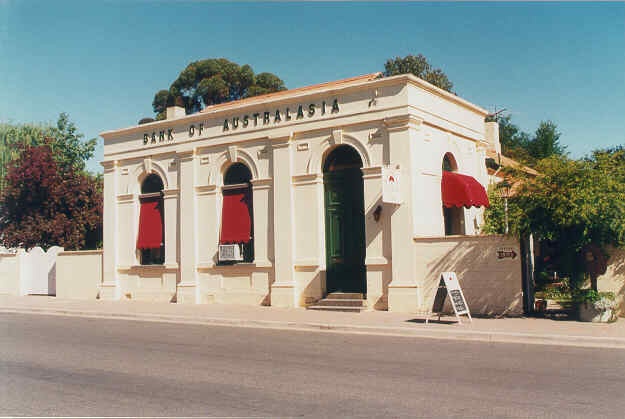 Chiltern developed as an important mining town after the discovery of gold in 1858. A branch of the Bank of Australasia opened in Chiltern in 1858. This permanent building was finally constructed in Conness Street, on land sold by the Crown in 1861. Chiltern became a municipality in 1862, developing as a commercial centre due to extensive mining activity, which continued into the early-twentieth century in the form of deep-lead mining. By the mid-1860s, there were three banks operating in Chiltern.

The former Bank of Australasia comprises a banking chamber and an attached residence. The single-storey brick building is designed in a conservative classical style with a three-bay facade articulated by a trabeated system of Tuscan pilasters and entablature. The latter contains the original Bank of Australasia sign. Three round-headed openings with prominent keystones are contained within the bays, with the entrance located at one end. A colonnaded parapet with decorative urns originally sat at the top of the facade.

The Chiltern branch of the Bank of Australasia ceased operating in 1943 and the building was sold. It was probably sometime after this that the parapet balustrade and decorative urns were removed from the building. The former bank is currently used as tearooms and for bed-and-breakfast accommodation.

How is it significant?
The former Bank of Australasia, Chiltern, is of architectural and historical significance to the State of Victoria.

Why is it significant
The former Bank of Australasia, Chiltern, is of architectural significance as an important work of noted Victorian bank architect Anketell Henderson and the from the office of the prolific Melbourne architects, Reed and Barnes, whose work includes many large public, ecclesiastical and institutional buildings. This firm received commissions from a number of banks, and designed all of the Bank of Australasia branches from 1876 to 1939. The branch at Chiltern is a simple example of their conservative classical style.

The former Bank of Australasia is of historical significance due to its links with the history of gold-mining in Victoria and its associated wealth. It also has historical associations with the development of Chiltern as a gold rush town in the nineteenth century. It is one of a small number of commercial buildings remaining from this period of the city’s development and the building is an important element of the streetscape of Conness Street; other buildings include The Star Theatre [H278], the Grapevine Hotel (1866), and the Chiltern Athenaeum and Museum (1866) [H1326]. This street has been used in several feature films, most significantly in Walt Disney’s Ride a Wild Pony (1974).
[Online Data Upgrade Project 2004]