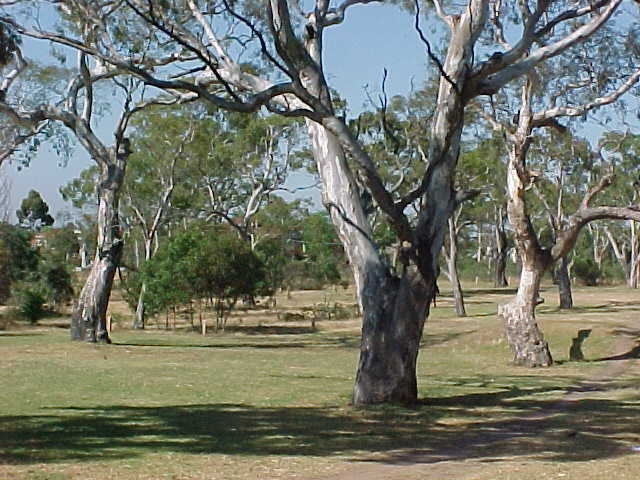 What is significant?
Napier Park formerly known as Northern Park was created in 1920 when longtime resident Theodore Napier gave the land to Essendon Council. The deed of gift required that the land be retained in its natural condition and free of development. The significant features of the park are the natural grasses, shrubs and in particular mature River Red Gums (Eucalyptus Camaldulensis), which are remnants of the vegetation that covered this area before it was settled and developed.

How is it significant?
Napier Park is of historical, aesthetic and scientific (horticultural) significance to the City of Moonee Valley and possibly the State of Victoria.

Why is it significant?
Bequeathed to the former City of Essendon by local resident Theodore Napier, this 10 acre park is unique as a remnant pocket of indigenous woodland vegetation surrounded by suburbia. Comprising River Red Gums (Eucalyptus Camaldulensis), some thought to be over 300 years old, and native shrubs and grasses, the park is the result of one man's vision to preserve a spectacular section of landscape that he had cherished since childhood. Napier's family were the first Europeans to settle this land, and the dedication of this landscape for park purposes ensures that the land will always remain free of European development. The park is important as an early initiative to preserve Victoria's natural heritage for the appreciation and enjoyment of future generations of suburban residents. A rare scar tree demonstrates that this vegetation has been part of Australia's natural and cultural heritage long before European occupation. (Criteria A, B & H)