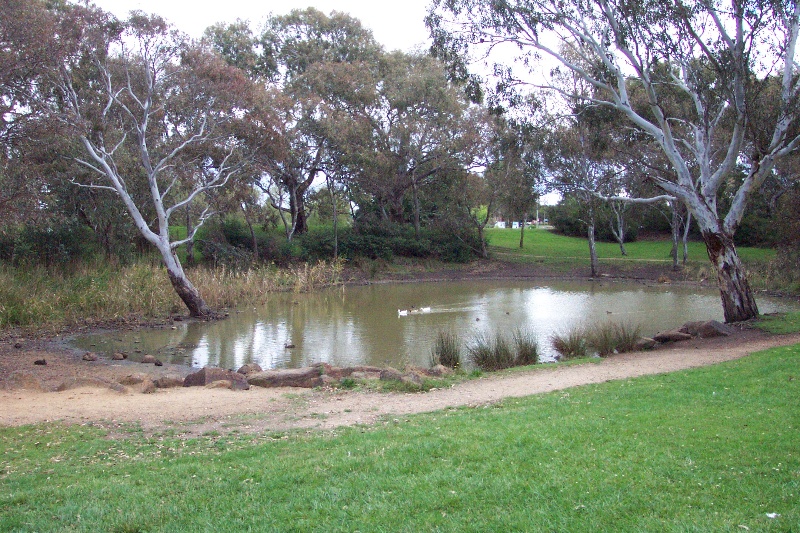 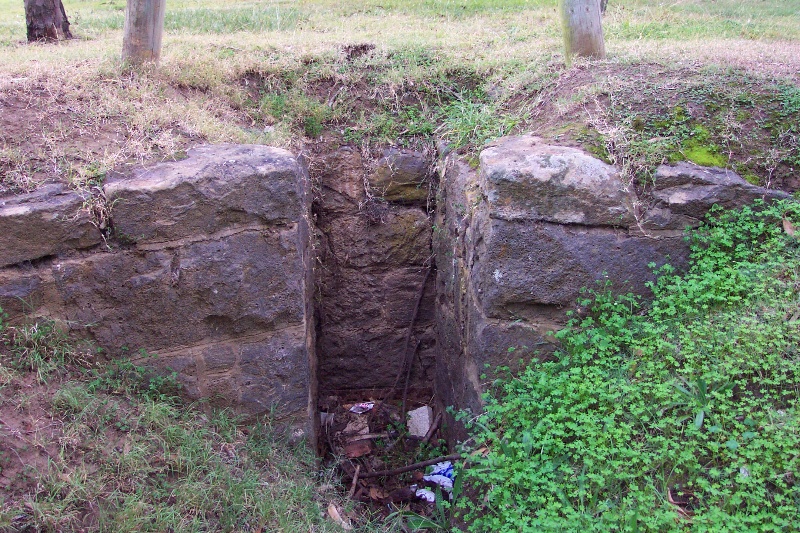 The former Melton Reservoir, now an ornamental duck pond in the Hannah Watts Park, High Street, Melton, comprises the excavated earth tank or reservoir, and a small bluestone structure on the Toolern Creek that was part of an inlet portal to the Reservoir.

The former Melton Reservoir, Hannah Watts Park, High Street, Melton, is historically significant at the LOCAL level (AHC D2, B2, H1) as Melton's major nineteenth century attempt to address its vulnerability to the particularly low rainfall of the district and provide a dependable supply of healthy drinking water in the town. Like every other early public work scheme attempted, the success of the Reservoir in achieving its objectives was limited, and the town was essentially dependent on bore and tank water until the provision of reticulated water from the Djerriwarrh Dam in 1963.

The former Reservoir was also used as a town swimming pool in the mid nineteenth century. In recent decades it was developed into Melton's most prominent passive recreation park, at the gateway of the Melbourne approach to the town. Its pre-eminent position in the town is highlighted by its being named after honoured resident Hannah Watts, the midwife of late nineteenth and early twentieth century Melton. Since the demolition of her former homes, Lynch's Cottage, and Rosebank, the former reservoir reserve has also acquired significance as the prime monument to a woman who was venerated in her time for her contribution to the local community.