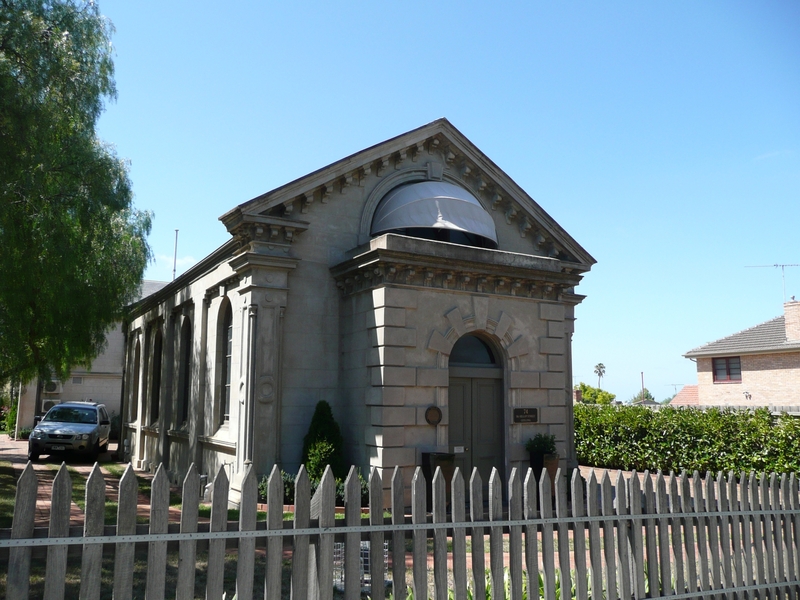 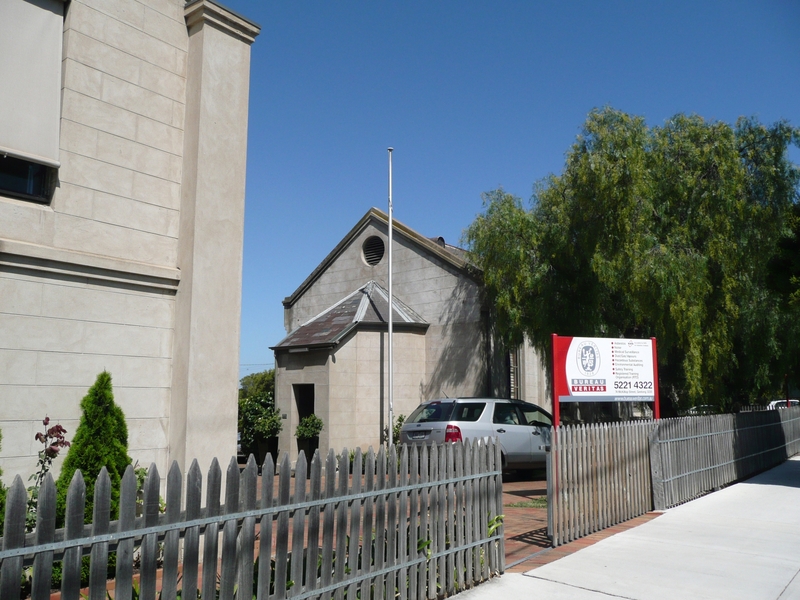 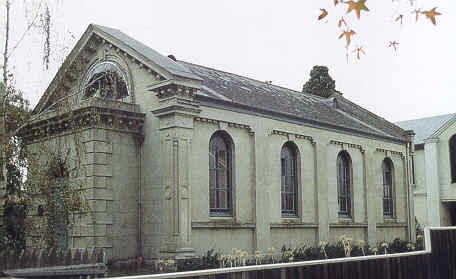 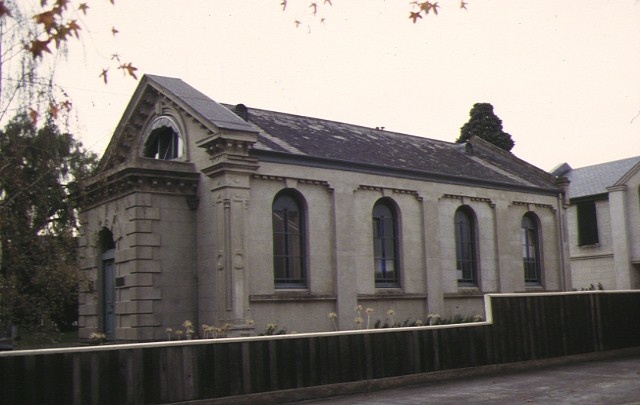 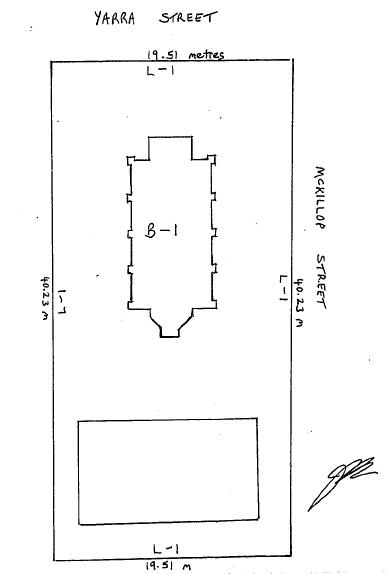 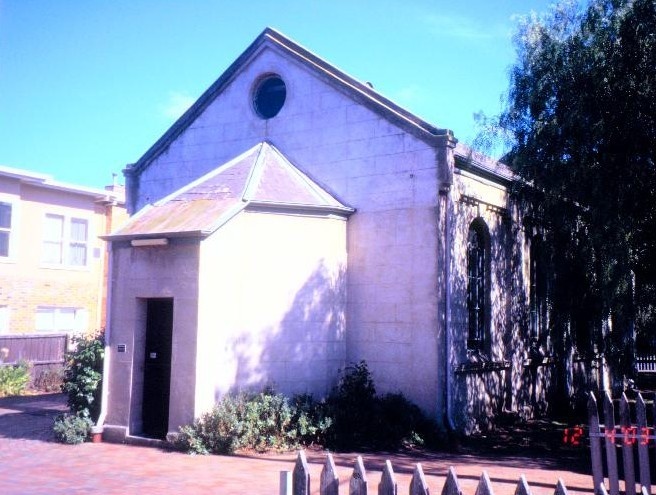 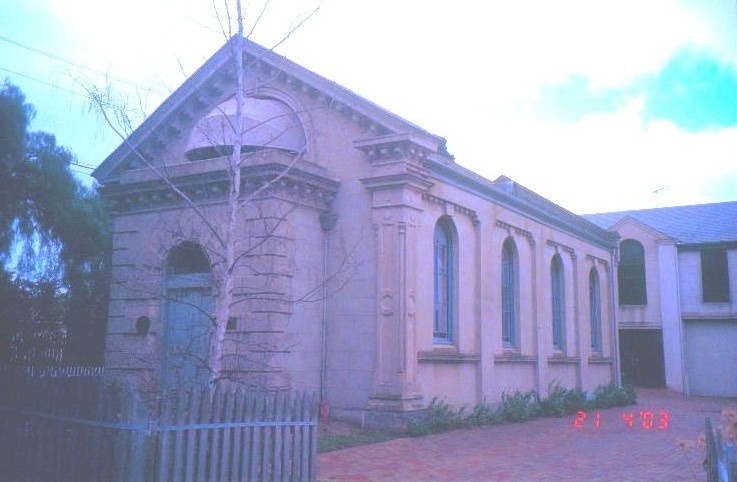 The former Synagogue at Geelong was built in 1861 by builders Jones and Halpin to a design by Geelong architect John Young. The stucco rendered brick structure in classical revival style replaced an earlier structure constructed in 1854.

The building is now used as an office.

The former Synagogue is architecturally, historically and socially significant to the state of Victoria.

The building is an unusually elaborate early synagogue and as one of only two known synagogues remaining in regional Victoria, it is a rare example of a building type. It is also an extraordinary example of an architectural design in the Italianate style and is an important example of the eclectic and diverse work of architect John Young. It displays decorative treatment unusual in buildings of this time, especially the detailing of the side bays, the corner piers and the broken pediment with its heavy brackets above the semi-circular gable light, the distinctive detailing of the stucco porch and the unusual form and glazing pattern of the arched side windows.

The former Synagogue is important for its religious and social associations with the Jewish community in Geelong who, although a small group in the community, made a disproportionate contribution to public life. It has associations with various prominent figures who played important roles in the Geelong area and in Victoria as a whole, including Jonas Felix Australia Levien, agriculturist, politician and, according to tradition, the first Jewish child born in Victoria; Benjamin Jonas Fink, politician and land boom speculator; and Zilla Crawcour, the first woman to hold mayoral office in Australia.

The old timber rabbi's house, which was part of the Synagogue, was located on the land that is now 169 Yarra Street. This land was purchased from the Synagogue in 1951 for 1025 pounds; a very large amount back then, given that the average block of land at that time was around 50 pounds. The purchasers were Pat & Peggy O'Callaghan, who then built their own house on the property.