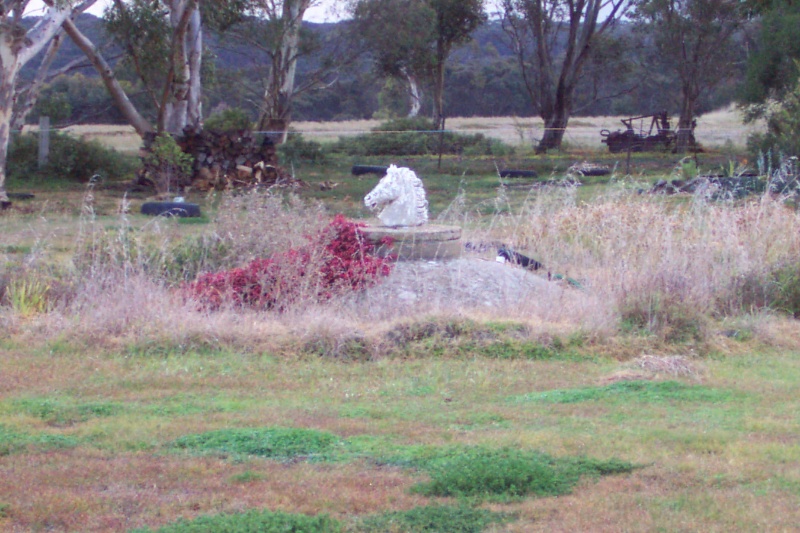 The underground tank at 122-142 The Bullock Track, Melton West is significant as a rare surviving relic of the pockets of small farms that established in Melton West from the time of Crown land sales in the 1850s, as a vestige of the domestic water management that was particularly important on the dry Melton Plains, and for its association with the Robinson family.

The underground tank at 122-142 The Bullock Track, Melton West is historically significant at a LOCAL level (AHC A4, B2, H1). It and another similar underground tank nearby constitute the only substantial physical evidence of the pockets of farming that established in the West Melton area from the mid nineteenth century. It demonstrates the early provision of domestic water supply, a water storage practice no longer in use, and the critical importance of water management in the dry Melton Plains district. Its final destruction by bushfire is also indicative of a major theme in the Shire's history.

It is also historically significant for its association with three generations of the Robinson family, which was prominent in the history of the Shire of Melton, and after whom a major road is named. The family is credited with developing commercial hay farming on the Melton Plains, previously thought too dry for such, in the late nineteenth century. The family thus pioneered a major twentieth century Melton rural industry, and paved the way for Melton's nationally famous chaff production. The Robinson Brothers also played a leading role in the local chaff milling industry through their ownership of chaff mills at Diggers Rest and Melton South. The family has also been prominent in civic affairs, a member of the family being a Shire Councillor for most of the twentieth century. GE Robinson's family donated the President's Seat - the carved chair used by Melton Shire Presidents since 1966.

The underground tank at 122-142 The Bullock Track , Melton West is scientifically significant at a LOCAL level (AHC C2). It has the potential, with other tanks, to contribute to an understanding of the evolution of tank construction, water management, and domestic lifestyles in the dry Melton Plains area.

Overall, the underground tank at 122-142 The Bullock Track, Melton West is of LOCAL significance.