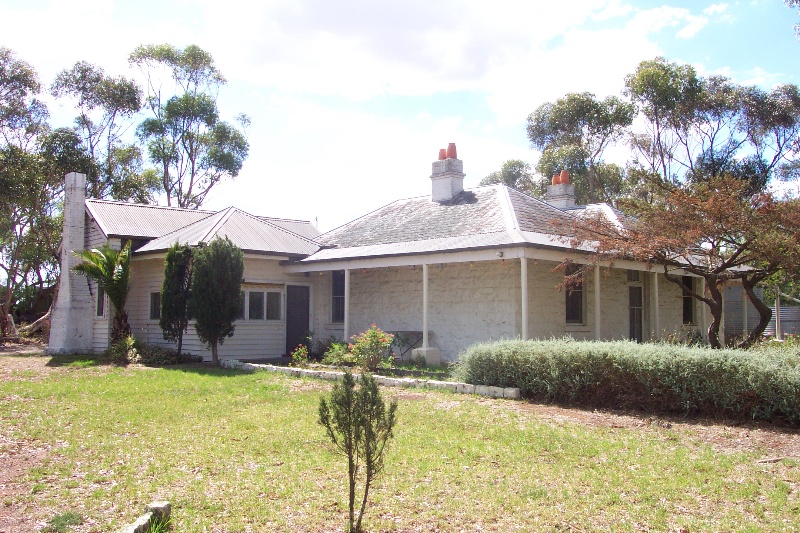 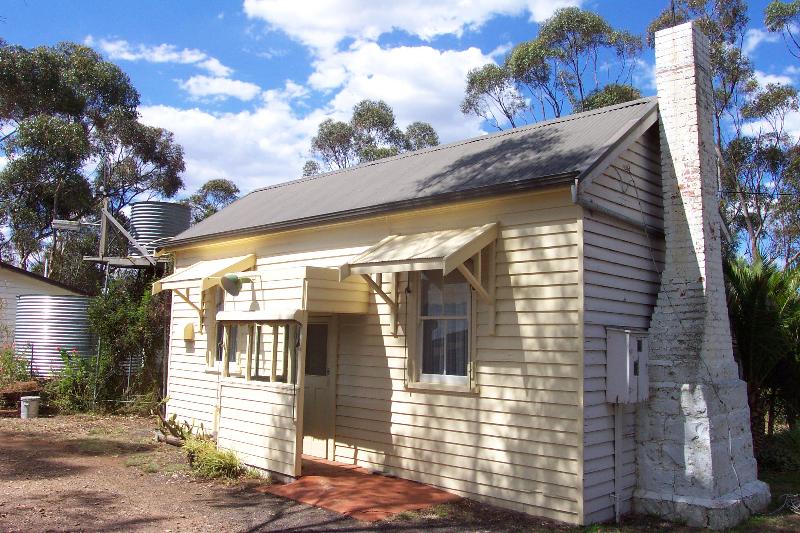 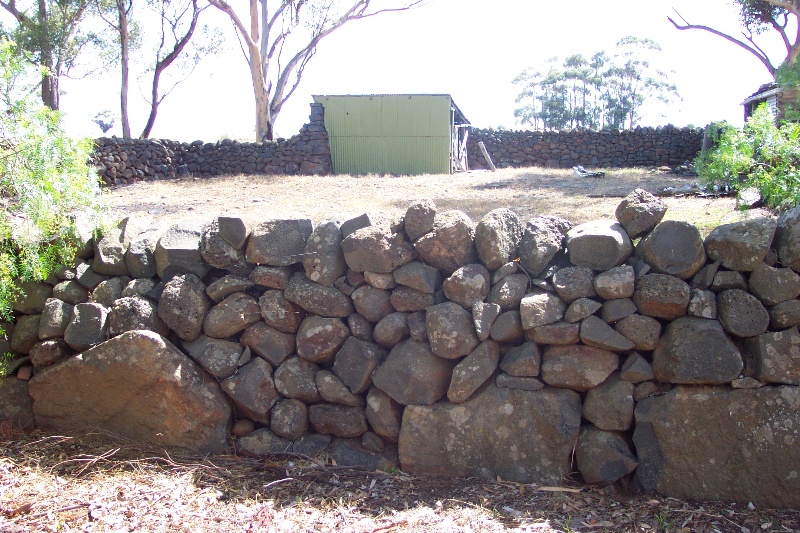 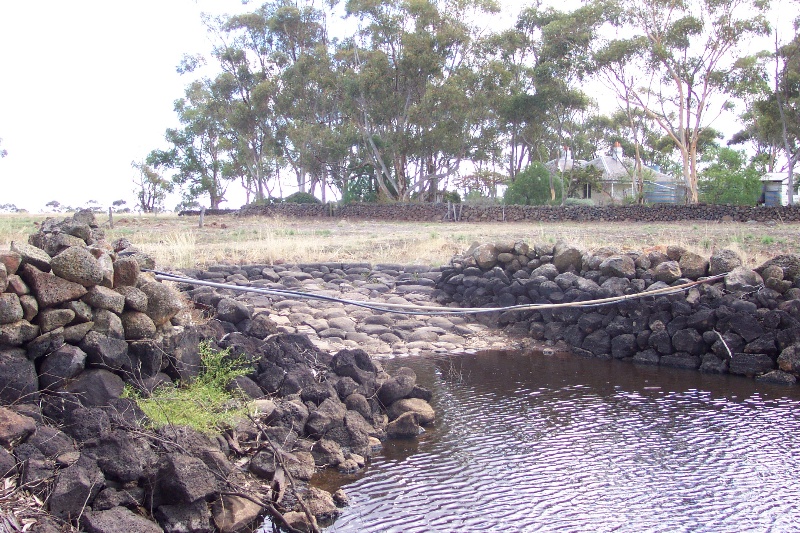 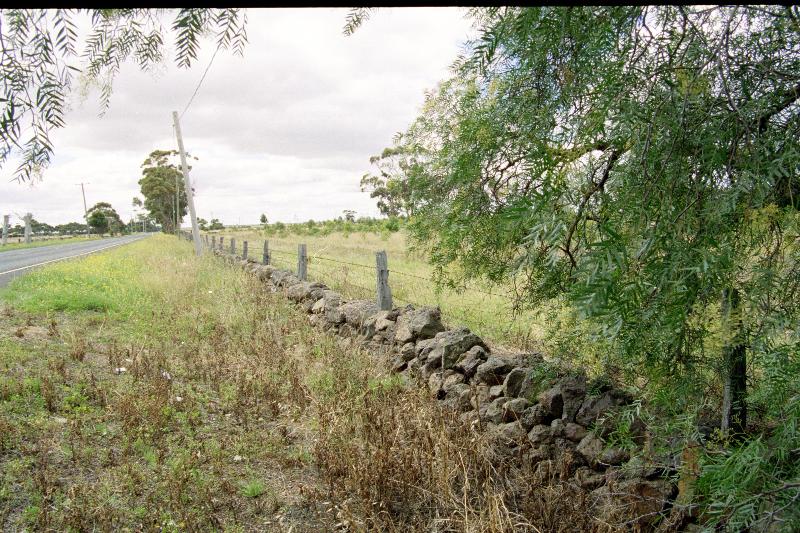 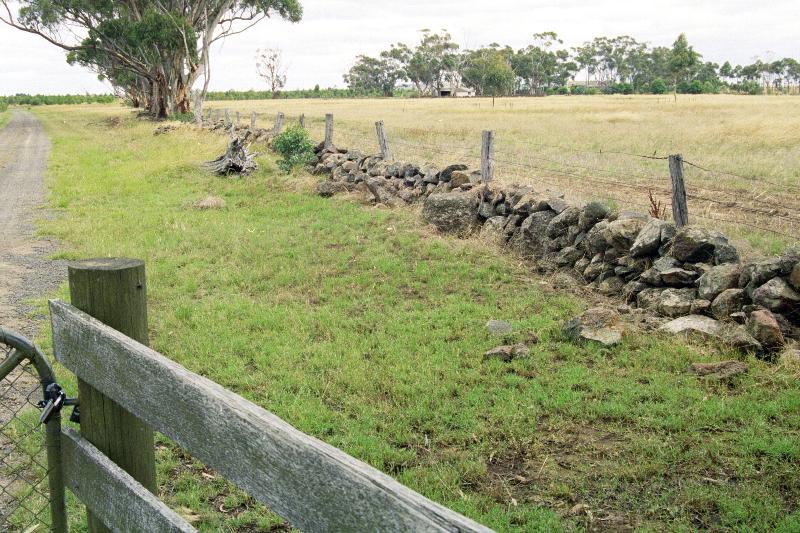 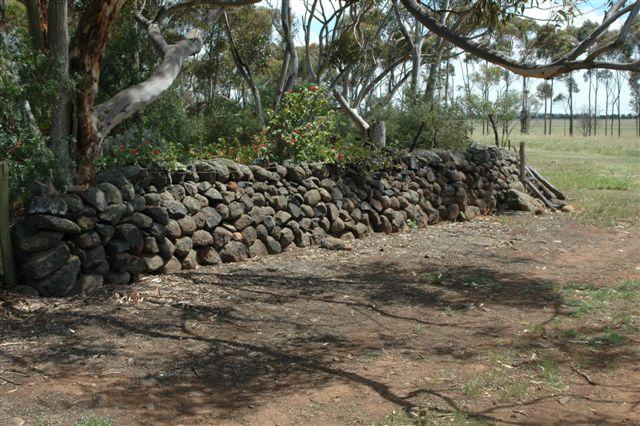 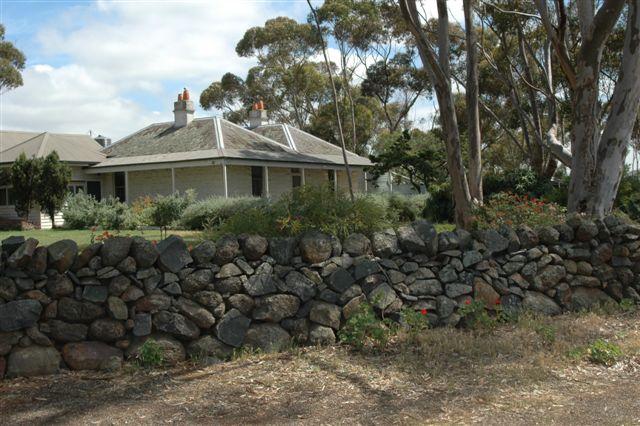 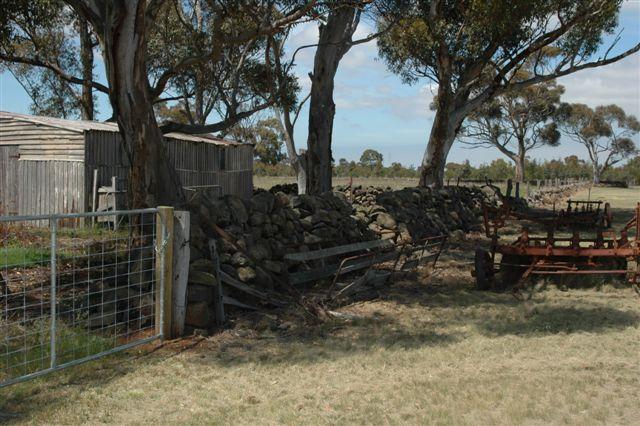 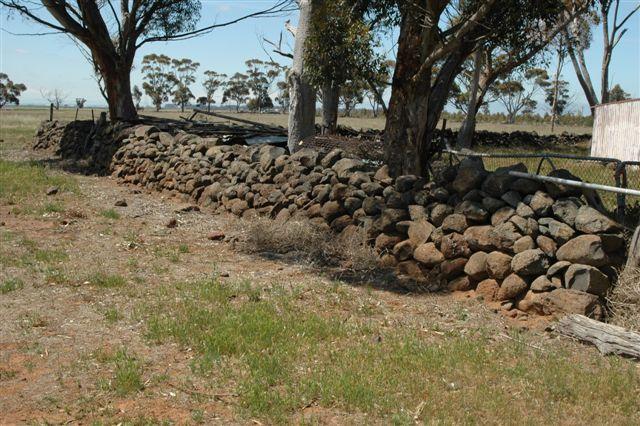 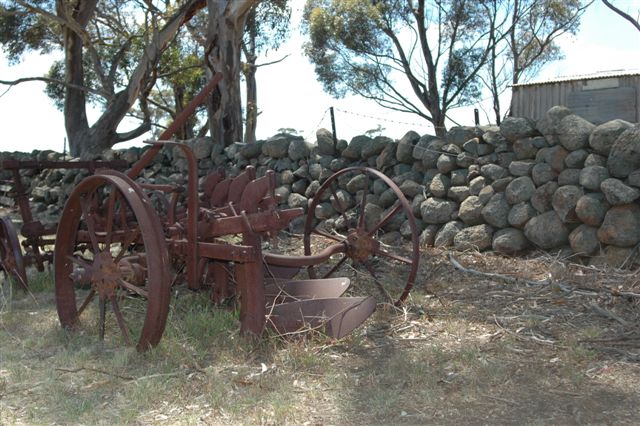 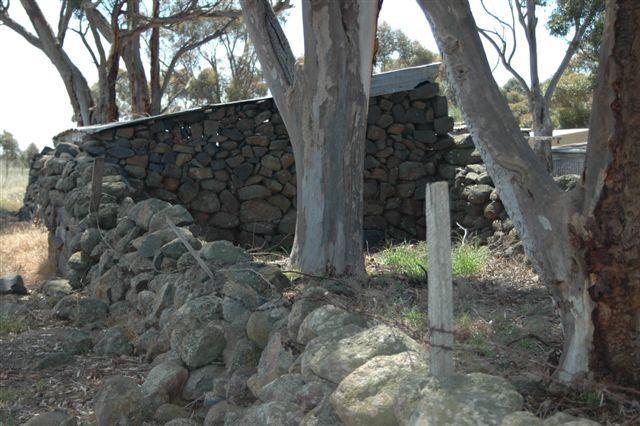 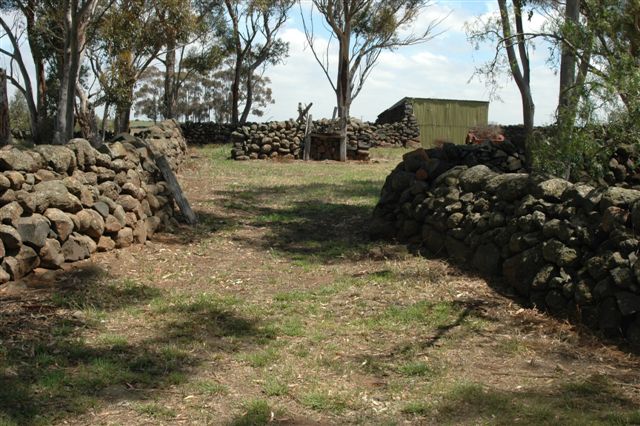 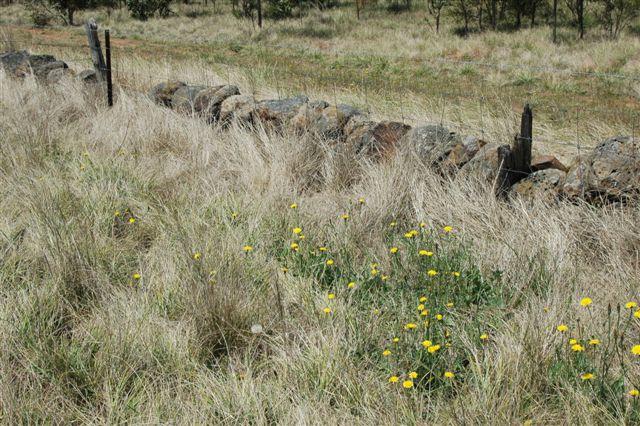 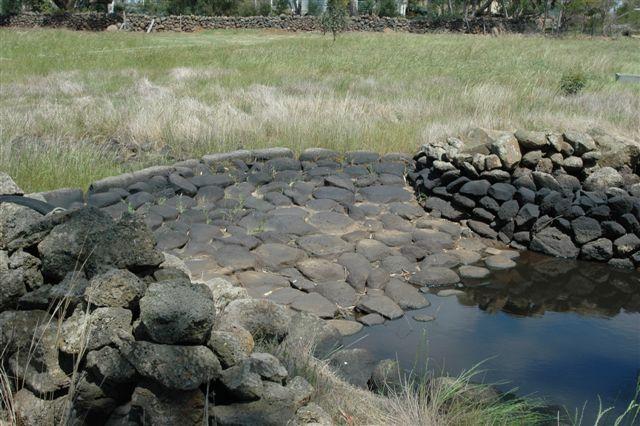 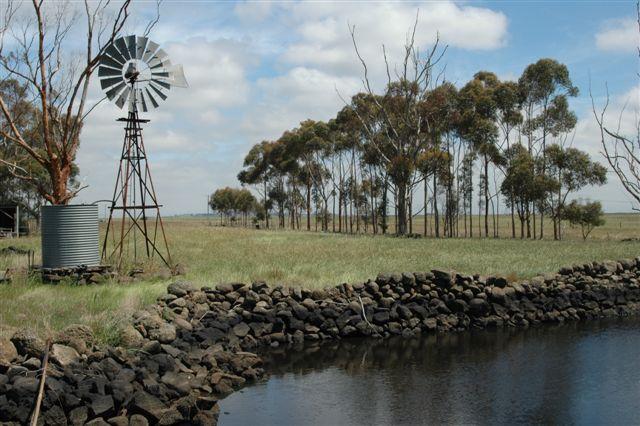 Rocklands Homestead, 619-653 Hopkins Road, Truganina, is significant for its moderately intact Victorian styled main house and rural setting defined by the nineteenth /early twentieth century dry stone walls, stands of gum and cypress trees and nearby dam that is visually connected to the main house. Although the house has been altered, the early additions at the rear also contribute to the significance of the place as they provide an understanding of the evolution of the house over time. Built in the late 1850s for William Hopkins, and still owned by the Hopkins family, the house is most substantial of the few dwellings that remain as testimony to the small nineteenth century farming community in the Derrimut - Truganina plains area.

The main house at Rocklands, 619-653 Hopkins Road, is architecturally significant at a LOCAL level (AHC D.2). Although the verandah has been altered/introduced, the house still demonstrates original and early design qualities of a Victorian style. These qualities include the earliest section of the house with its double hipped (M) roof form clad in slate tiles, bluestone wall construction (but not the overpainting), painted brick chimneys, timber framed entrance doorway with sidelights and highlights, and the timber framed double hung windows. The timber sunroom on the south wall of the house, also contributes to the architectural significance of the house, particularly it's hipped roof form clad in galvanised corrugated steel and the horizontal timber weatherboard wall cladding. The rear cottage, with kitchen and dining room, further contributes to the architectural significance of the place. In particular, the simple gable roof form clad in galvanised corrugated steel, horizontal timber weatherboard wall cladding, timber framed double hung four paned windows with bracketed timber hoods above, painted brick chimney at the side, and the narrow eaves are those early design qualities that contribute to an understanding of the architectural evolution of the main house. The fine complex of dry stone walls near the homestead, outbuildings and farm sheds, stands of gum, garden surrounds and the visual connections to the dam and surrounding farm land also contribute to the significant setting of the place.

Rocklands, 619-653 Hopkins Road, is historically significant at a LOCAL level (AHC A4, B2, H1). It is the most substantial of the few early farming-era dwellings (all built of stone) that remain in that part of the Shire south of the Western Highway and east of the Werribee River. It represents the Hopkins family's ability and fortune in surviving droughts and wretched seasons such as those of the 1860s, and the 1969 Truganina bushfire, which destroyed 45 houses nearby. Its evocative name is accentuated by the extensive complex of substantial all-stone dry-stone walls that comprise paddock fencing and stockyards around the homestead. The low rainfall of the Derrimut - Truganina plains area is expressed in the gaunt homestead garden, in which stunted cypresses, succulents and a thriving saltbush hedge (Rhagodia spinescens) are the primary surviving historical plants. The saltbush hedge, brought back from inland Australia in the early twentieth century, is very significant as an example of the use of a drought tolerant native species at a time well before the late twentieth century when these became popular, and in a period when most settlers planted the familiar introduced species, including drought tolerant plants from South Africa. The historical importance of water in the district is also expressed in the small dry-stone wall lined dam situated in front of the homestead. This finely constructed dam is an exceptional representation of the shallow dams, lined and built up with fieldstone (and less commonly roughly squared stone), across shallow drainage lines in the Melton plains areas. The homestead and farm complex is also significant for its ongoing association with the Hopkins family after which Hopkins Road was named. William Hopkins senior, William Hopkins junior, and Robert Duncan Hopkins were all councillors of the Shire of Braybrook, RD Hopkins being President at the time of Federation.

Overall, Rocklands Homestead at 619-653 Hopkins Road is of LOCAL significance.