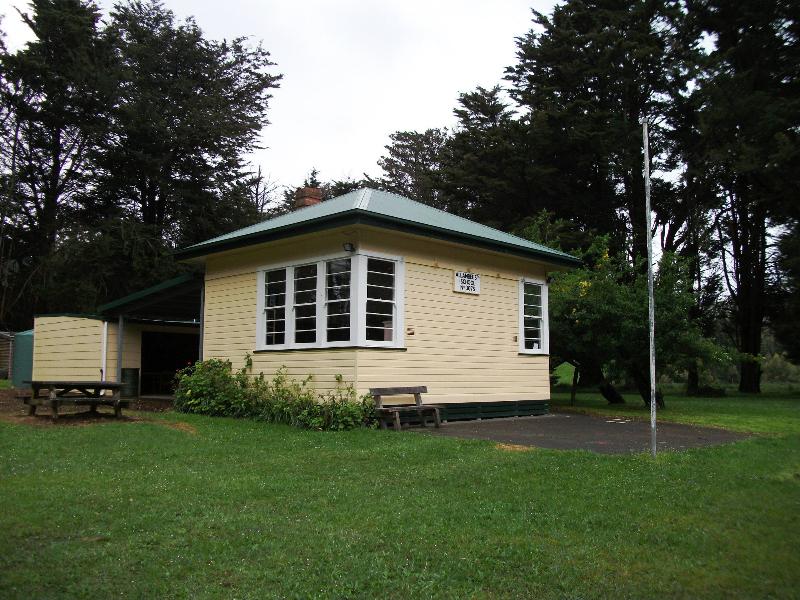 What is significant?
The former Allambee South State School No. 3075, designed by the Public Works Department and constructed in 1936, and the Cupressus Macrocarpa hedge at 55 Mirboo-Yarragon Road, Allambee South.

Historically and socially, as the only remaining example of the schools that erected in the Allambee district it is important in demonstrating their important role in the development of the area. Although it is no longer used as school it continues to play an an important role as community meeting place and is a focal part of the identity of Allambee district. (Criteria A, B& G)

Architecturally, as an intact example of the 'Watchupga' type, which heralded the appearance of the international modern style in one-room school design in Victoria. It is also of interest as one of the smallest surviving one-room schools in the Shire. (Criterion D)

The Monterey Cypress hedge is significant for its associations with Arbor Day, and provides a related setting for the school building. (Criteria A & E)