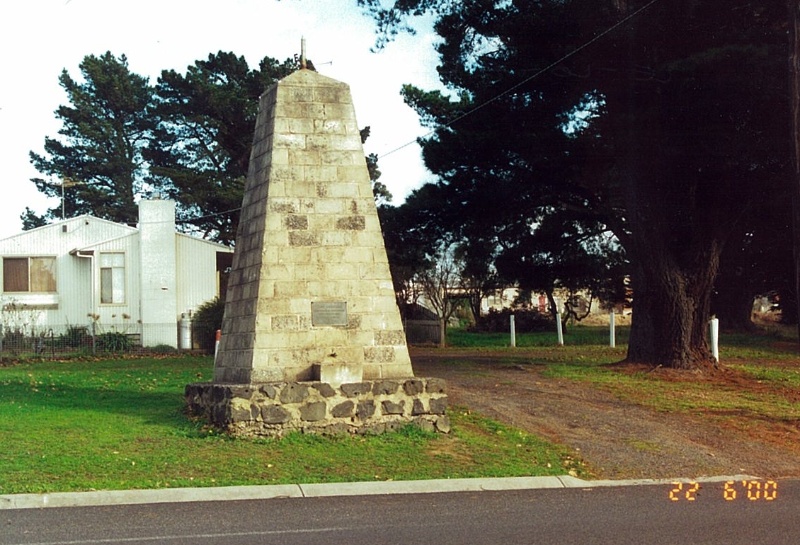 What is significant?
The Strzelecki Memorial at Leongatha, designed by J.T. Knox and constructed by Jas. Palmer in 1927 at Long Street, Leongatha.

Why is it significant?
The Strzelecki Memorial at Leongatha is of local historic and technical significance to the town and district of Leongatha.
Historically, it is important as one of a series of similar memorials that were erected in 1927 at various sites throughout Gippsland, including Mirboo North and Korumburra, to commemorate the exploration of Gippsland by Paul Edmund Strzelecki. It is also of interest for its association with James T Knox. (AHC criteria - A.4, D.2 and G.1)

Technically, it is of interest as the only example in the Shire of the use of concrete block construction, as pioneered by James T Knox, in a public monument. (AHC criterion - E.1 and F.1)