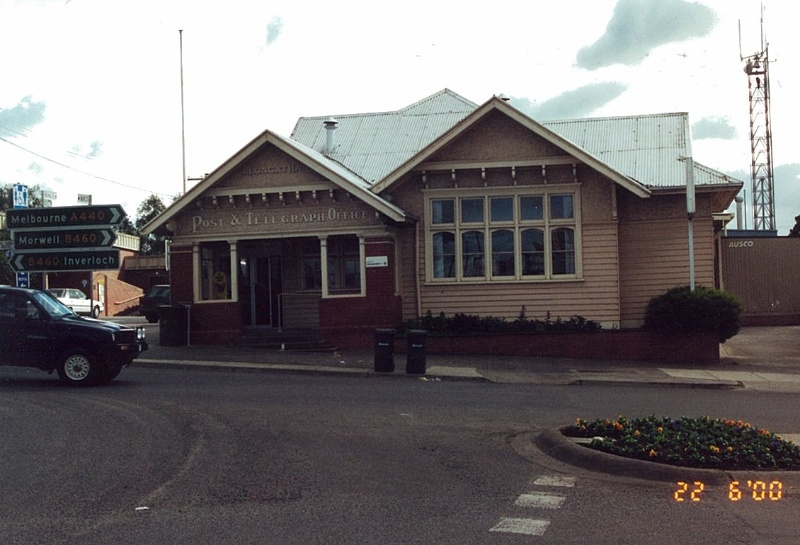 What is significant?
The Leongatha Post & Telegraph Office, designed by J.B. Cohen and constructed by Neil Falconer in 1906-07, at 4 McCartin Street, Leongatha.

Why is it significant?
The Leongatha Post & Telegraph Office is of local historic, aesthetic and social significance to South Gippsland Shire.

Historically, it is believed to be the last such facility in Victoria to be designed and constructed by the State on behalf of the Commonwealth in the immediate period after Federation. It is one of only two such examples in the Shire, and perhaps five in Victoria. It is therefore important in demonstrating the impact of Federation and illustrates the the significant civic and commercial development that occurred in Leongatha during the Federation period. (AHC criteria - A.4, B.2 and D.2)

Aesthetically, it is the superior example of a Federation timber post office in the Shire and is an integral part of the highly important group of civic buildings that are an essential part of the historic character of Leongatha. It is also of interest as an example of the work of noted PWD architect, J.B. Cohen. (AHC criterion - E.1)

Socially, it is significant as a place of local gathering and social intercourse during an important phase in the development of Leongatha when postal business was the principal form of communication.